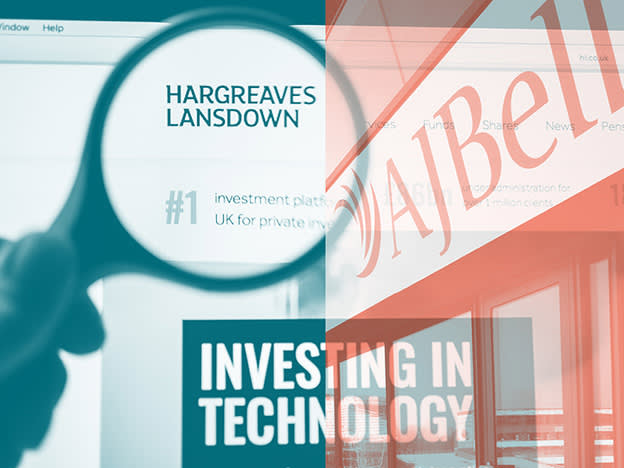 How to smooth the platform-switching process

Transferring platforms can be complex, but there are things you can do to speed up the process

Two years have passed since the Financial Conduct Authority (FCA), the financial services watchdog, published its Investment Platforms Market Study. One of its key concerns was the complexity and costs associated with switching and it proposed a package of remedies to make the process more efficient. It appears progress has been pitiful.

One positive has been that a number of large platforms, including Hargreaves Lansdown and interactive investor, have removed their exit fees, but the process remains extremely onerous and can leave investors waiting many months for their funds to be transferred without access to their cash.

“This is an area where the platform industry badly lets itself down,” says Mike Barrett, consulting director at platform consultancy the Lang Cat. Because the FCA’s approach has been to ask platforms to drive their own improvements rather than introducing regulations on transfer times, perhaps it’s not surprising.

As Holly Mackay, chief executive officer of consumer website Boring Money, puts it: “No-one prioritises moving customers off their platform to a competitor and service levels remain really poor here. It’s a bit like the banks giving their worst rates to existing customers – there is no financial incentive for them to change.”

Where the pressure points are

The process of moving from one platform to another involves multiple parties and is only as strong as the weakest link in the chain. If you are transferring funds, for example, any service issues with either platform, the asset manager or the custodian can grind the process to a halt, and some don’t support electronic transfers, which slows the process down.

Hargreaves Lansdown, for example, has experienced service issues and customers transferring funds from its platform might need to brace themselves for lengthy delays. In correspondence shown to Investors’ Chronicle, one customer requested to transfer their self invested personal pension (Sipp) on 10 December last year from Hargreaves Lansdown to AJ Bell and received an email saying that there may be delays as they were experiencing a lot of transfer requests. Two months later, the transfer was processed. Early on in the process Hargreaves emailed the customer saying the transfer would be completed within two weeks. It later followed up with an apology saying “it appears the timeframe provided was erroneous” and a further follow-up saying “we're very sorry we aren't processing transfer out requests as both we and our clients would hope”.

Clearly, a two-month delay is a problem that needs addressing in a world where we can switch banks, phone providers and utilities easily. This is just one example, but it reflects the strain Hargreaves and other platforms have been under to meet their service obligations following a surge in customer numbers coupled with remote working.

Aside from platform service issues, the products and accounts being transferred can make a difference to how long it takes. If you transfer money in cash, that is likely to be fastest, with Hargreaves, AJ Bell and interactive investor saying this should take about two weeks.

While transferring cash is fastest, some investors might not want time out of the market. If you transfer securities listed in the UK, platforms use Crest (the central securities depository for markets in the UK) to agree settlement dates on most securities and to place transfer instructions. AJ Bell says that transferring UK shares normally takes four to six weeks, but this is dependent on the response times of the platform they are being transferred to. International shares can take longer depending on how they're held and if any additional paperwork is required.

Freetrade, which offers a low-cost individual savings account (Isa), says there has been a lot of focus from platforms on improving their transfer-in process, while transfers-out have been ignored. "It's remarkable how difficult some brokers make the transfer-out process, still requiring paper forms and wet signatures,” says Alexander Campbell, communications lead at Freetrade. “Investors can also end up in situations where shares held in their accounts get frozen for weeks on end while the process is under way."

Transferring mutual funds is likely to take the longest, according to AJ Bell, because there is no centralised system. This means that the platform requesting the transfer has to manually request details from fund managers’ administration teams, and each fund manager has different systems and requirements. “Some fund managers accept faxes, others only accept posted forms so it really varies for each fund holding,” says Jenny Owen, senior PR executive at AJ Bell.

Fund managers take anywhere between two minutes and three weeks to process transfer requests and they’ll then send confirmations to both brokers to let them know when the transfer has completed. A spokesperson from interactive investor says: “In addition, once sent, some providers sometimes refuse to chase the stock transfer form with the fund manager if we prompt them on behalf of the customer. It is not unusual to see certain funds take over one month to transfer due to this archaic process.”

Hargreaves Lansdown, however, says funds don’t necessarily take longer, what is more important is the type of funds that you own. Hargreaves Lansdown’s head of external relations, Danny Cox, says: “For example, some fund management groups require a wet signature to be sent in the post and some equities cannot be transferred via Crest. Equity transfers can also be made more complex by a corporate action or a stock being delisted.”

If you hold a discounted share class exclusive to a particular platform, this is also likely to slow the process down as the share class has to be converted before it moves.

AJ Bell notes that pensions can take a bit longer to transfer than Isas or general investment accounts as there are more things to consider, such as whether any benefits associated with the pension will be lost as a result of transferring. Certain types of pension transfer, such as qualifying recognised overseas pension schemes (Qrops) or small self-administered schemes (Ssas), can require additional due diligence checks and fraud controls.

While there are nuances to the process, Cliff Weight, director of policy and campaigns at ShareSoc, says: “Fundamentally, the problem is that platforms have archaic systems and they haven’t invested enough in the back office making sure they are fit for purpose.” He adds that they are too often more interested in marketing.

How to help smooth the process

While the transfer process can be cumbersome, if your platform isn’t right for you shouldn't be put off switching as it could save you a lot of money and stress in the long term. Frustratingly, there are parts of the transfer process that are out of your control, so you have to be patient.

Mackay says “unfortunately visibility of the process is so low that I don’t think investors can do much to speed up the process, other than do their homework on the customer service levels of the platform they are moving to.”

But there are some things you need to make sure you get right. The first is to meticulously check that your transfer instruction has been completed correctly and in full. This should help you pass the first hurdle of the transfer process. If the two platforms you are switching between don't have matching details, they will need to clarify your name, address and account number, for example, which will slow things down.

If you are transferring in specie (ie not in cash), check in advance to see if your new platform can support all of your assets, including share classes for particular funds. If they are not supported, it might be worth considering selling the fund, transferring in cash and rebuying again. You run the risk of missing gains with time out of the market, but you are likely to have a smoother transfer process, so it depends what you want to prioritise. Platforms often let you convert to an alternative share class as another option.

If you have issued a transfer instruction and then dealt on your account, this can also complicate the process. If you have placed a request to transfer, it is best not to deal, even if you are left for months waiting for the transfer to complete.