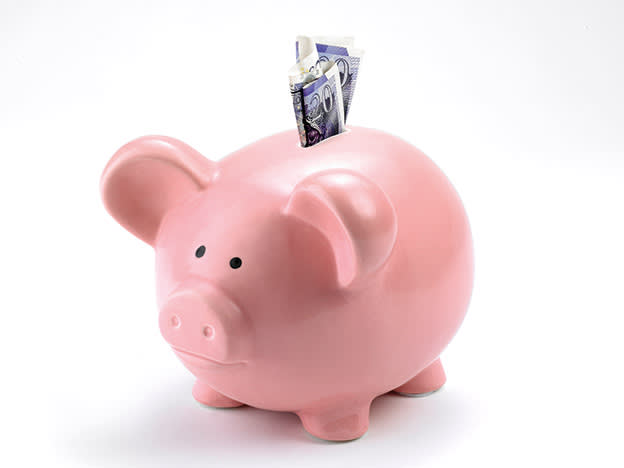 A reader recently wrote in with the following query on how to get a better rate on cash holdings. “My stocks-and-shares individual savings account (Isa) is with [an investment platform that] stopped paying interest on cash some time ago," he says. "Are there holdings I can buy within my Isa that would pay me roughly [my former] cash Isa interest rate of 1.3 per cent, and which I could buy and sell depending on what surplus cash I have available? I appreciate I would have to pay dealing charges whenever I dealt.”

Firstly, and very importantly, higher-risk investments are not a substitute for risk-free cash. If your asset allocation, which is determined by factors such as your risk appetite and investment time horizon, requires you to have an allocation to cash, substituting it with investments would increase your risk profile. But don't allocate any more to cash than is necessary. Interest on cash is paltry (and expected to fall further) and its value will be eroded by inflation.

All investors, regardless of their risk appetite, should have about six months' expenditure in easy-access cash accounts to cover emergencies such as being made redundant or unexpected expenses.

The personal savings allowance enables basic-rate taxpayers to earn £1,000 in interest from cash before incurring any tax and higher-rate taxpayers £500

Selling investment holdings, as the reader acknowledges, could incur a dealing expense if the platform you use charges to deal that type of security. If there are dealing charges and you do this frequently they will stack up and eat into your returns. This is particularly a problem with lower-risk, lower-returning investments, which you might be tempted to hold in place of cash, because a higher proportion of what they make will be eaten away by trading charges than would be the case with higher-returning investments.

Selling investments at short notice for cash needs is also a bad idea. If the value of what you sell has fallen since you purchased it you will make a loss on your original investment – as well as maybe paying dealing fees. And if you sell some of the shares or units in an income investment you will compromise its ability to pay income because you will have less of it and so receive fewer dividends or interest. This is another reason why in almost all cases any asset other than cash should be held for the long term – five years or more.

Exceptions might include low-risk bond funds, which could possibly be held for between three and five years. But these are also not suitable for sale at short notice in place of a cash withdrawal because their value fluctuates, so it is better to wait until you have made a profit before selling them.

“You could switch your cash to a low-risk money market fund in a stocks-and-shares Isa, but this is a very different beast to cash savings,” says Sarah Coles, personal finance analyst at Hargreaves Lansdown. “There’s no guaranteed return rate and at the moment returns are low, and you could lose money. If you want to keep your money in cash, a money market fund is not the answer. You [may] also pay dealing charges for buying and selling the fund, so if you regularly move in and out of it you may end up no better off. For example, if you switch £2,000 into a money market fund for a year and then back out of it, even if you make 1.3 per cent for that year, you could lose most of the extra interest in dealing costs.”

You don’t have to keep cash in an investment platform Isa which is paying no interest to be tax efficient. The personal savings allowance enables basic-rate taxpayers to earn £1,000 in interest from cash before incurring any tax and higher-rate taxpayers £500.

As interest rates are low it is unlikely that you would earn more than these amounts of interest from cash in the course of a year. So instead of holding cash within an Isa wrapper you could shop around for a better interest rate on an unwrapped cash account because, in general, these tend to offer higher rates than easy-access cash Isas. It also makes more sense to use your annual £20,000 Isa allowance to hold investments, which make a higher income and are more likely to incur tax, such as equity income or bond funds.

Additional-rate taxpayers do not have a personal savings allowance, so in this case a cash Isa is an option – if you have not used up your allowance wrapping investments that will incur more tax. But instead of holding the cash in an investment platform stocks-and-shares Isa, the cash component of their assets could be transferred to a separate cash Isa that pays a higher interest rate. You can transfer part or all of the cash you put into an Isa in previous tax years to another provider, but any cash you put in during the current tax year has to be transferred in whole.

Some cash Isas pay relatively attractive rates, and some providers allow you to withdraw and replace money from a cash Isa, provided it’s done within the same tax year. But check this before you open the account as it is not possible with all cash Isas.

You can save into both a stocks-and-shares Isa and a cash Isa in the same tax year, but not more than the annual £20,000 allowance in total.

If you shop around you can get a much better rate on your cash than the average high-street bank account offers. You can do this with comparison websites such as moneyfacts.co.uk, moneysupermarket.com and comparethemarket.com. For example, as of 14 January moneyfacts.co.uk highlighted more than 10 easy-access accounts that offer an interest rate in excess of the 1.3 per cent minimum the reader who asked the question is looking for. But use more than one comparison website as they do not cover all deals or companies.

Below is a table of some of the top-paying easy-access accounts that allow unrestricted numbers of withdrawals. There are more cash accounts than these paying similar levels of income but some restrict you to only a few withdrawals a year.

Don't put more than £85,000 into one bank or building society because that is the maximum amount per person that the Financial Services Compensation Scheme (FSCS) would compensate you for. If you have more than this amount of money, spread it across different institutions, and make sure that they are not part of the same banking group so share a licence, because the FSCS would treat them as one bank. Also make sure that the institution in which you deposit your money is authorised by the UK Prudential Regulation Authority or it will not be covered by the FSCS. You can check if this is the case on the Financial Conduct Authority's Financial Services Register.

'Some cash accounts' rates are introductory offers which fall to a lower level, for example after the first 12 months. Check to see if this is the case, what it falls to and whether the rate is acceptable to you after it falls

Some cash accounts' rates are introductory offers which fall to a lower level, for example after the first 12 months. Check to see if this is the case, what it falls to and whether the rate is acceptable to you after it falls. You could either opt for another cash account that doesn’t fall to such a low level, or put your money in it and remember to switch after the introductory rate ends.

If you are prepared to tie up your money for a set period, for example 12 or 24 months, you can get a higher rate of interest. But if you might need the money at short notice this is not a good idea. You would probably be able to access the money, but would have to pay a penalty which would be likely to negate any interest you earned. There is also the risk that during the period you tie up the money interest rates and inflation rise, so what seemed like a good rate at the outset later on is not as good as what you could get elsewhere and maybe lags inflation. And if you switch before the term ends there would be a penalty.

Fixed-term bank savings accounts with longer terms – for example, three to five years – may not be worth it. If you have that long maybe consider low-risk bond funds, which might make better returns and of which you could trade the units on a daily basis, albeit possibly incurring a dealing fee. And if you can leave the money untouched for five or more years then it probably shouldn’t be in cash because you have time enough to ride out the dips that you would be likely to experience with higher-risk, higher-return investments.