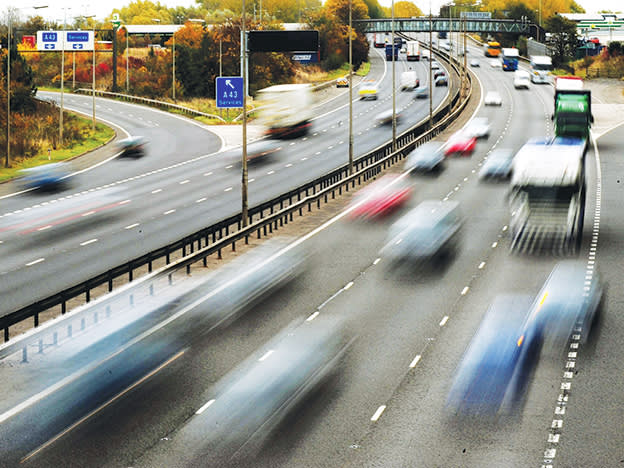 Capitalising on the infrastructure spending spree

If the past year has broadly suppressed spending, a different story is emerging in the infrastructure space. Governments around the world are loosening the purse strings in a bid to stimulate their economies in the wake of the pandemic, and much of this money is going into infrastructure projects.

From the European Union's €750bn (£683.26bn) recovery fund to a mooted $2trn (£1.5trn) spend in the US, and projects in the UK and China, these programmes may well have a large economic impact. There are several ways in which investors can capitalise on this infrastructure spending boom, and the way in which you get exposure to it could have a significant impact on your returns.

Firstly, it is worth considering which sectors might be affected by any uptick in infrastructure spend. This could encompass all manner of companies, including construction companies and their suppliers, and firms in broader sectors such as industrials.

But identifying the exact beneficiaries before the event is far from easy. Even if some companies look set to benefit they may face unrelated challenges of their own. So a wider approach may work better.

Analysts at research provider FundCalibre, meanwhile, describe the fund’s managers as “conservative investors”, noting their preference for infrastructure assets with barriers to entry and pricing power.

But this fund has significant exposure to one region – the US – which represented 54.5 per cent of its assets at the end of October. The fund has also had a difficult 2020, damaging an otherwise impressive performance record (see chart). However, while its three-year performance does not look good, this is because the fund has made a small losses in 2020 and 2018. But it delivered a return of more than 20 per cent in 2019.

These funds offer attractive historic yields of around 3 per cent. But Legg Mason IF ClearBridge Global Infrastructure Income (GB00BZ01WT03) has a historic yield of about 5.6 per cent. It has less of a bias to the US than First Sentier Global Listed Infrastructure, but is more concentrated than the other two with fewer holdings.

If you want to invest in infrastructure cheaply or via a wider spread of investments to offset potential risks, it could be worth considering a passive fund which tracks an infrastructure index.

Lynn Hutchinson, a passive fund specialist at wealth manager Charles Stanley, highlights Legal & General Global Infrastructure Index (GB00BF0TZL74) of which the C share class has ongoing charge of just 0.2 per cent. This is an extremely well diversified fund with 230 holdings at the end of October.

A less conventional passive approach is taken by SPDR Morningstar Multi-Asset Global Infrastructure UCITS ETF (GIN), which charges 0.4 per cent for a 50/50 split of equities and bonds. Ms Hutchinson says that this may have similar characteristics and performance to unlisted global infrastructure assets, and the bond exposure should offset volatility to an extent.

More specific plays include iShares Emerging Markets Infrastructure UCITS ETF (IEMI), though its ongoing charge of 0.74 per cent is not much less than what you would pay for an active fund. This also only has 30 holdings with high exposure to troubled assets such as airports.

And some infrastructure passive funds have not delivered attractive returns. For example, Legal & General Global Infrastructure Index, which launched in 2018, has fairly weak one-year returns and lacks a longer track record. So you need to decide whether you want a broad spread of investments or to bet on an active manager picking out some of the winners of the infrastructure boom.

Another way to benefit from increased spending on infrastructure could be a fund which takes into account environmental, social and governance (ESG) factors, as some of these focus on green infrastructure. Because ESG funds tend to disclose the trends they focus on you should be able to check whether such a fund might do well due to higher infrastructure spending. For example, Impax Environmental Markets (IEM) is not a pure infrastructure play but might have exposure to affected areas.

Funds that invest via a value style investment approach – they buy stocks that appear to trade at a discount to their intrinsic value – might also benefit.

“You could play it as broader cyclical exposure,” notes Mr Warraich. “Industrials [exposure] correlates well to an uptick in infrastructure spend."

Value funds that could do well include Fidelity Special Situations (GB00B88V3X40) which is overweight the industrials sector relative to the FTSE All Share index, with exposure to support services, engineering and infrastructure. LF Lightman European (GB00BGPFJN79), meanwhile, has a focus on ESG momentum plays.

But being too specific incurs risks because infrastructure projects do not always play out as well as expected. So you might be better taking a broad, global approach rather than big bets in specific areas.

A number of closed-ended funds invest directly in infrastructure assets which can generate a high, stable income based on long-term contracts, though may not deliver such high growth as some infrastructure equities.

“For me the real appeal is not ‘we’re going to spend money’, but in owning what exists already,” says James de Bunsen, a multi-asset portfolio manager at Janus Henderson. “The development side [of infrastructure] is much riskier. We prefer to own an asset that has stable revenues, often ultimately backed by government and with long concessions. We want our infrastructure exposure to be stodgy, boring and predictable rather than speculating on a big boom. You need the private sector to be firing on all cylinders [for that to pay off].”

An infrastructure boom may not have an obvious and immediate impact on these trusts but it could broaden the range of investments available to them. This could reduce the risk that such investment trusts are no longer able to find low-risk investments with good yields, forcing them to invest in riskier assets.

Some of the newer renewable energy infrastructure trusts may also be a good way to get exposure to increasing spend on infrastructure, for example,  Gore Street Energy Storage (GSF). Read more on these in the funds feature of 20 November.

But infrastructure investment trusts tend to trade at high premiums to their net asset values (NAV), so look out for cheaper entry points such as secondary share issues or initial public offerings. Conversely, some analysts argue that these trusts' NAVs are often understated meaning that their high premiums are "illusory".