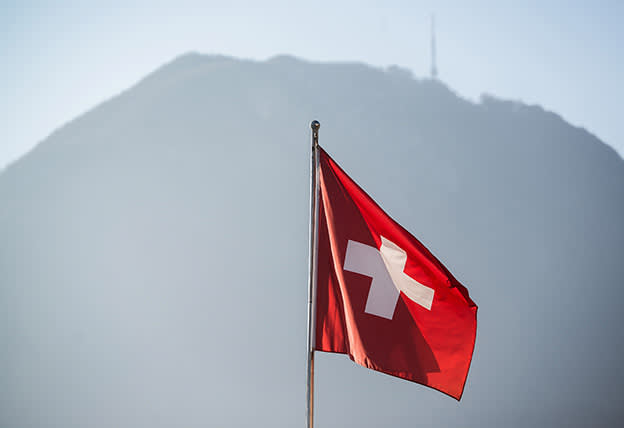 Luxury retailers reliant on – or vulnerable to – digital transformation?

The high-end timepiece retailer has performed remarkably well against the odds, but the likely level of discretionary spending in China is at the heart of the investment case for luxury goods in general

As we enter what is effectively Lockdown 3.0, it may be illuminating to assess the impact of the pandemic on the luxury goods sector – an unlikely outlier. Not that it acts as any kind of bellwether or is central to the economy in the same manner as, say, the price of crude oil. But the performance of this corner of the retail market, headed by the likes of LVMH (FR:MC) and Estée Lauder (US: EL), does provide insight into the changing dynamics of consumer behaviour and the degree to which business models were evolving prior to the outbreak.

As with so much else in the corporate sphere, Covid-19 has simply laid bare and accelerated business trends already in evidence. Some may take issue with that claim, arguing that the virus has precipitated novel and enduring change in the way that business is conducted. But few would disagree with the premise that the rapid expansion of China’s middle class has been the principal catalyst for the growth of the luxury goods sector. Deng Xiaoping’s economic reforms meant that, by 2019, the sector was worth more than $300bn (£226bn), having achieved an annualised growth rate of around 6 per cent since 1996. The value of the overall luxury market is closer to $1tn once overlaps with other segments within the economy – such as the automotive and hospitality industries – are taken into consideration.

That annualised rate of growth had been maintained through 2017-19, but sales impetus last year was almost entirely driven by Chinese consumers, giving rise to speculation that high-end sales were about to plateau – or even reverse. But any such conjecture was rendered academic as soon as events in Hubei province took centre stage. Unfortunately, this was soon followed by another severe outbreak, this time in Lombardy; a macabre twist given that Italy is the world’s largest producer of luxury goods. And by midway through 2020, there could be no doubt over the direction of travel. LVMH, which was also embroiled in legal proceedings over the planned acquisition of luxury jeweller Tiffany & Co, saw a 38 per cent decline in organic revenue in the three months to June.

Analysis by consultancy Bain & Co and Altagamma (the Italian luxury goods manufacturers' industry foundation) indicates that the luxury goods market will contract by 23 per cent in its “most likely” mapped scenario for 2020, although the research was conducted prior to the recent re-imposition of restrictions across Europe and elsewhere. That translates to an average 60 per cent reduction in operating profits across the sector compared with 2019, together with a commensurate fall in the underlying margin.

If anyone ever held the view that, somehow, the wealthy were immune to the ebb-tide of the wider economy, it would have been disavowed in the aftermath of the global financial crisis. So the severity and duration of the ongoing downturn is central to considerations, even though there is no guarantee that every well-heeled consumer who has delayed the purchase of luxury goods will return to their old habits once we’re all safely innoculated.

One of those habits was buying in transit. McKinsey estimates that up to 30 per cent of industry revenues are generated by consumers making luxury purchases abroad, as for many, “shopping has become an integral part of the travel experience” – airports now double as shopping malls. But we cannot blithely assume that shoppers will revert to type once the spread of the virus is arrested, anymore than we can bank on an overnight recovery in civil aviation or seaborne passenger volumes.

It was perhaps telling that the first large-scale outbreak outside mainland China was on a cruise ship. This exacerbated pre-existing concerns over health and safety in the industry, particularly regarding the spread of infection within an enclosed setting – there have been plenty of well-documented examples.

Prior to the outbreak, cruising holidays had been the fastest growing segment of the travel industry and 2020 had got off to strong start across all regions. Unfortunately, passenger lines will need to adapt their screening and monitoring protocols to 'the new abnormal', along with their sanitation practices. There are huge discounts on offer for provisional bookings, as the cruise lines attempt to woo back passengers, but for listed operators such as Carnival (CCV), liquidity is the most pressing issue given the capital-intensive nature of the business.

There isn’t a great deal that companies serving the luxury goods sector can do about flight restrictions and cancelled holiday bookings. Luckily, the widespread closure of retail outlets, whether dedicated or third-party, has certainly accelerated the development of digital and 'omnichannel' retail in the luxury space. It would be reasonable, therefore, to assume that luxury brands will continue to allocate a greater share of investment capital to online channels, while exploring new ways of partnering with established e-retailers. Demographics also play a part, particularly in relation to China, where many luxury consumers aged between 25 and 35, are the product of the country’s ‘one child’ policy, leaving this strand of the millennial market with greater access to familial wealth than many of their western peers, in tandem with a willingness to snap up high-end goods online.

Thus, online sales of luxury goods are expected to cannibalise the bricks-and-mortar component going forward, but the only question is the degree to which consumers of luxury goods will be willing to abandon a personalised service offering. It may also be that some manufacturers will seek to vertically integrate their operations, thereby capturing a greater share of profitability. We had raised a related point – specifically that Swiss watchmakers may eventually opt to shun third-party retailers – when we reviewed Watches of Switzerland (WOSG) ahead of last year’s initial public offering. But the group doesn’t appear to have been unduly affected by the collapse in tourism numbers, let alone the reduced footfall in its London stores, having raised its full-year guidance after strong online sales in the UK.

The top-line surge fed through to a one-third increase in adjusted operating profits to £41.5m at the half-year mark. Statutory operating profit at the luxury watch dealer beat expectations over the six months to 25 October, up 52 per cent year on year to £45.6m. We may have misgauged the resilience of Watches of Switzerland’s in-store offering, but when discretionary spending narrows, what is to stop luxury goods manufacturers bringing their wholesale and retail operations online? That is pure conjecture at this point, but we can say that China's domestic market will play a pivotal role if we are to see renewed expansion in the luxury goods market. Hold.