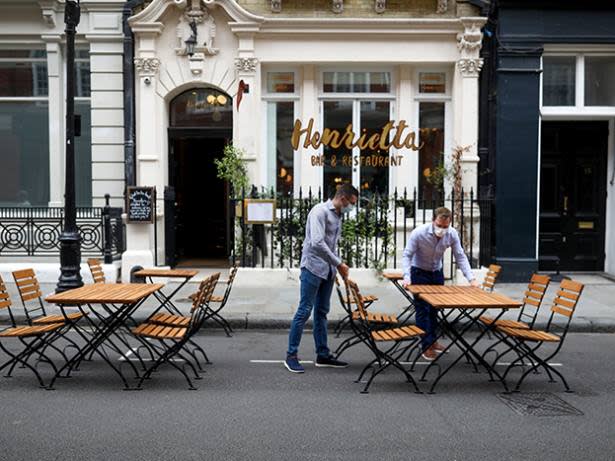 Next week will bring signs of a recession in the UK, but better news from the rest of the world.

The UK is back in recession. The ONS is expected to say next week that real GDP fell sharply in November as a result of the lockdown then – perhaps by around 10 per cent. Even with a bounce in December, economists think this means that GDP will have fallen in Q4 as a whole. And with most of the country now in lockdown, it’s likely that the first part of 2021 will see no recovery either.

Elsewhere, however, the news should be better. Official figures from the eurozone should show a slight rise in industrial production in November, taking output to around 34 per cent above its April low. This will, however, still leave output some 3 per cent below its pre-pandemic level which itself was 4 per cent below its December 2017 peak and 5 per cent off its 2008 peak. It’s easy to forget that the story of the eurozone economy before the pandemic was one of long stagnation.

In the US, official figures should show that retail sales rose in December after falling back in November. This should leave them around 5 per cent higher than a year ago. Most of this growth is due to internet sales – although not all.

Other official data should show that industrial production also rose slightly in December. Unlike retail sales, however, it is still below its pre-pandemic level.

Taken together, these numbers should corroborate economists’ expectations that real GDP in the fourth quarter rose at an annualized rate of a little over 5 per cent.

This upturn is not yet raising inflation. Wednesday’s numbers should show a headline CPI inflation rate of around 1.2 per cent, and a rate excluding food and energy of around 1.7 per cent. Both are lower than a year ago and little changed in the past six months. This will reinforce expectations that the Fed will not raise interest rates for a long time.

We should also see two encouraging lead indicators next week. In the US the New York Fed’s survey of manufacturers should show that expectations for coming months are above their long-term average. And in China, the M1 measure of the money stock is likely to have grown more than 10 per cent in the past 12 months – its fastest rate since January 2018. In the past, such growth has been a good predictor of output growth in the country and hence of rising commodity prices.