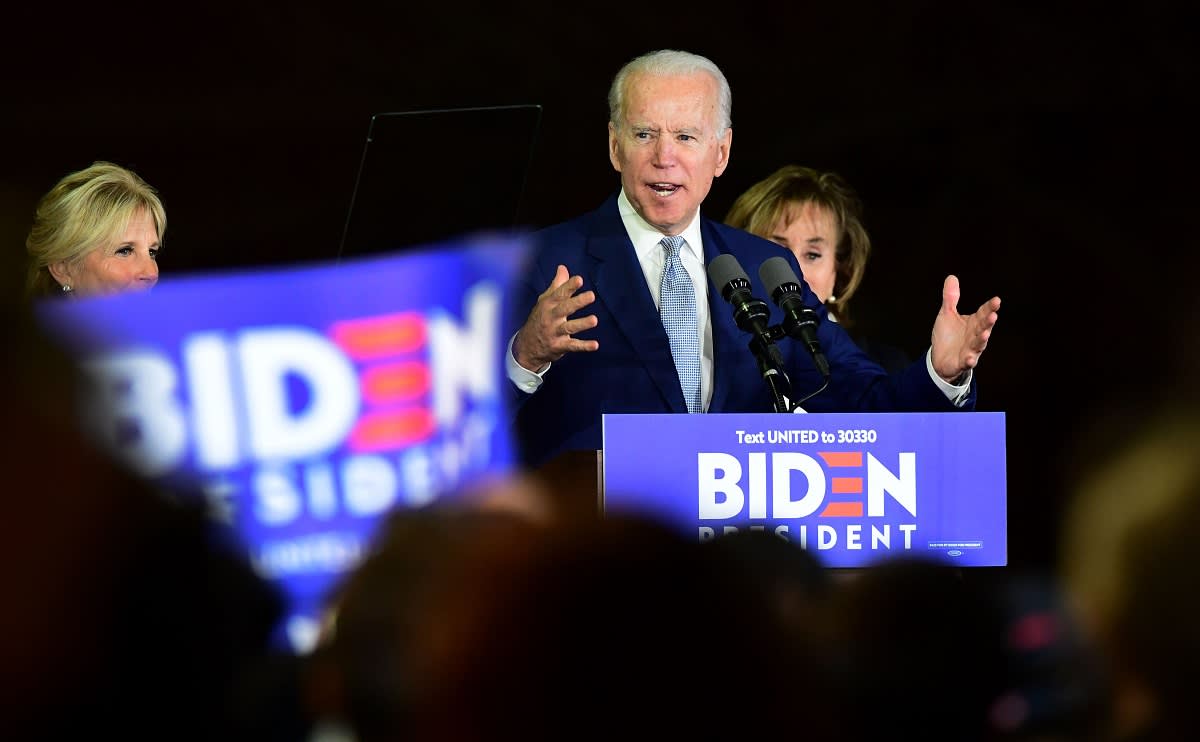 UK shares have taken a lead from their US counterparts, retreating on the back of Joe Biden's proposed $1.3trn stimulus package

A little bit of buy the rumour, sell the fact about equity indices as they tread lower in the wake of president-elect Joe Biden’s $1.9tn stimulus package. Like a good Roman emperor it’s got something for everyone – lots of bread, lots of circuses. The sticking plaster will suffice for now and we’ll see what the infrastructure package looks like in due course. Other questions remain about the new administration’s longer-term ambitions – how much for green spending? How much more tax and regulation on banks, shale drillers and/or big tech? Will he soften trade relations with China? Will Yellen at Treasury embark on full MMT?

Stocks in the US rose to record highs ahead of the launch of the Biden stimulus plans, before retreating later in the session to close lower. The Dow and Russell 2000 had both hit record highs, with the latter closing up 2 per cent and the former down 0.2 per cent. The S&P 500 declined 0.38 per cent and closed under 3,800. Futures point to a weaker open on Wall Street later, whilst European markets have opened lower following a solid session on Thursday, concluding what’s been a pretty choppy week. WTI crude is steady a little above $53, while gold is holding within a narrow range at $1,850. US 10-year yields held above 1.10 per cent but a little off the week’s highs.

US jobless claims rose to their highest since August, highlighting the recent damage to the economy caused by surging cases and the need for fresh stimulus to bridge the gap to the sunlit uplands of a post-vaccination world. Initial claims hit 965k vs the 789k expected, whilst last week’s data was revised down to 784k from the 787k previously reported. The 4-week moving average for initial claims rose to 834.2 5K vs. 816K last week. Continuing claims also exceeded expectations, rising to 5.271m from an estimate of 5m.

A lot of chatter around tapering bond purchases had preceded Fed chair Jay Powell’s speech yesterday. He’s having none of it. On interest rates he said: “When the time comes to raise interest rates, we’ll certainly do that, and that time, by the way, is no time soon.” On tapering, he said that “now is not the time to be talking about exit”. Powell stressed that the new average inflation targeting and outcome-led policy embodies a different approach to employment – the Fed won’t be raising rates even if unemployment levels fall to levels that previously would have been considered a warning signal about prices. Nevertheless, the taper genie is out of the bottle – as previously stressed this is about laying the framework for an eventual taper and to avoid market tantrums that might ensue.

US bank earnings kick off later today with JPMorgan, Citigroup and Wells Fargo due to report after the XLF ETF hit a record high yesterday amid growing optimism about the financial sector. JPM has been buoyed by strong trading revenues at its investment bank, whilst bad loans are not as big a problem as investors thought they would be at the peak of the pandemic. The arrival of fresh stimulus has undoubtedly been a boost to bank shares as it limits the damage of bad loans and it helps steepen the yield curve, boosting net interest income. JPM has already committed to buying back $30bn in stock after the Fed announced in December that it will allow Wall Street’s largest banks to resume share buybacks in the first quarter of 2021, subject to certain rules. In particular we will be keen to hear from Jamie Dimon and co about their outlook for rates and how this could impact net interest margins and income. In Q3 net interest income was $13.1 billion, down 9 per cent year-over-year, predominantly driven by the impact of lower nominal rates. However, since then the 10-year yield has risen to its highest in almost a year above 1.10 per cent and spreads have widened to multi-year highs. Revenues expected $28.337bn. EPS expected $2.50.

Software company Aveva reported 26 per cent organic constant currency growth in the three months to the end of December. Management say this was driven by a significant number of scheduled subscription renewals, as well as the early renewal of a large three-year EPC contract which had been scheduled for the following quarter. Management say the order pipeline is ‘solid’ with £2.7bn net in cash held. Shares rose over 4 per cent in early trade.

Weakness in the civil aviation sector combined with the broadly negative impact of Covid-19 left Babcock nursing a 3 per cent year-on-year decline in revenues in Q3. This has left underlying operating profit in the nine months YTD down 34 per cent yoy at £202 million. Management stressed uncertainty about the outturn for the financial year and provided no guidance. But it was a section about an audit of contracts and the balance sheet that left investors diving for cover.

Shares tumbled 18 per cent in early trade in London as the company said it had recently started a detailed review of the balance sheet and contract profitability. Early indications, management warn, suggest that there may be ‘negative impacts on the balance sheet and/or income statement for current and/or future years’. The review is being supported by an independent accounting firm and will be reviewed by auditor PWC before publication before finals in May. We should remember the attacks by the mysterious Boatman Capital Research in 2018 and 2019 which alleged Babcock faced “potentially massive exceptional costs”. Investors are clearly worried that this may be about to come true.