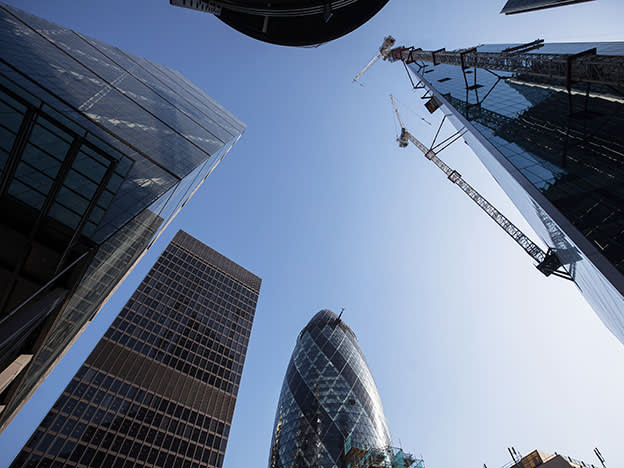 Last year equity markets experienced extreme volatility, putting wealth preservation funds, which aim to limit volatility, to the test. One of those that proved its worth was Personal Assets Trust (PNL). This multi-asset fund made net asset value and share price total returns of 8.28 per cent and 7.93 per cent, respectively, at the same time as the FTSE All-Share index fell 9.82 per cent and FTSE World index delivered a 12.74 per cent total return.

“We weren’t exposed to the more cyclical parts of the market,” explains Sebastian Lyon, manager of Personal Assets Trust. “We tend to eschew businesses that are highly cyclical and reliant on debt, and those are traditionally the ones that fall most when markets fall.”

As a result, in February and March last year when the UK and US markets – the two Personal Assets Trust is most exposed to – fell, higher-beta companies such as banks, mining and oils fell, as well as hospitality and other companies exposed to the closing of the economy.

“But we have very little exposure to those sorts of companies,” continues Mr Lyon. “We came into 2020 very cautious. We felt markets were very overstretched and valuations were high – we’ve been in a long bull market since 2009. The trust had about 30 per cent of its assets in equities, which was a 10-year low. And our maximum drawdown during February and March was about 9 per cent, compared with about 35 per cent for the US and UK stock markets.”

Mr Lyon and his team have since increased Personal Assets Trust’s allocation to equities, to about 44 per cent at the end of December. This is still low relative to the trust’s history, as it has had as much as 75 per cent of its assets in equities. The amount allocated to equities is decided on the basis of company fundamentals and broader economic considerations.

“The problem today is that what is available in other asset classes is unattractive and this is partly the reason why equities have been bid up,” says Mr Lyon. “Bonds yield less than 1 per cent in the UK so effectively give you return free risk. But equities remain highly valued by historical standards. So we try to structure the portfolio in the knowledge of those risks. By owning gold, cash and some index-linked bonds we have some offsets to the equity risk within the portfolio, and some protection against a potential rise in inflation. We look at long-term valuations of equities, what’s going on from the bottom up of the companies that we like and [their] prevailing valuations. The opportunities indicate that we shouldn’t necessarily be very highly in equities at the moment because the medium-term to long-term returns do not look very high.”

When assessing investments, Mr Lyon and his colleagues at Troy Asset Management pay particular attention to the downside risks, in keeping with that company’s method of investing, which prioritises the avoidance of permanent capital losses.

“There are three fundamental risks that we look at,” explains Mr Lyon. “The first is business risk, and by that I mean is a business going to do well in the next five years? And is it going to be stronger or weaker in five, 10 or 15 years’ time? We tend not to invest in commercial property or retail – businesses that are fundamentally challenged by what’s going on in the world at the moment. It’s very difficult to value a business where the cash flows are moving negatively and, if it’s a mature business, it might have debt as well, which pushes the equity value down. We’ve seen this time and time again in the UK equity market in particular – businesses that are challenged with cash flows that dissipate, but which look cheap. However these are a value trap and we stay away from them. We we want sustainability.

“Leverage [is a risk] so we look for companies that ideally have net cash or a relatively low level of debt. And valuation is probably the biggest risk at the moment, which is why we’re not as fully invested as some might expect us to be. Valuations have increased very materially over the past decade: companies that were on 15 to 20 times earnings today and are no different to what they were 10 or 11 years ago, are now trading at 30 or 40 times earnings.”

Positive attributes he looks for in investments include resilience, permanence, scarcity and sustainability. An example of a company with some of these is food producer Nestle (SWI:NESN), which Personal Assets Trust has held for over a decade.

“In 2020, Nestle really showed its incredible resilience and sustainability,” says Mr Lyon. “When companies’ revenues were collapsing around the world due to Covid-19, Nestlé’s revenues were growing because people were buying in supermarkets rather than perhaps going to restaurants. Nestlé is also one of the largest pet food businesses in the world, so was a beneficiary at the margin of the pandemic. But it could pivot its business model in a way that many companies haven’t. For example, you can buy Nespresso Coffee pods in the supermarket or in its own retail outlets. It has had to shut its shops, but its customers bought their coffee pods online and Nespresso grew its brand last year due to the fact it could pivot and continue to grow its business.

"We’re looking for businesses that can be sustained through really challenging and difficult times that continue to be profitable, generate returns and reward shareholders with dividends. Very few of the companies we hold cut dividends last year. And none of the companies that we held raised new equity last year, with the exception of Becton Dickinson (US:BDX), which raised money before we bought it. But many [other] businesses had to effectively re-equitise [themselves] last year due to shortages of cash flow.”

Another company the trust has held for a long time is Microsoft (US:MSFT), which it has held since 2010, despite it initially being a “dull performer”.

“Microsoft had grown profits a lot between 2000 and 2010, but the shares had been derated following the dot-com boom,” says Mr Lyon. “Wall Street felt it missed out on a number of areas in technology that had done well, particularly mobile, and had gone ex-growth. Our feeling was that the valuation was low – it was on around 10 times earnings or less – but the balance sheet was exceptionally strong, with around $60bn (£43.81bn) net cash.

"We thought that the downside risk was very little if things went right, for example if they started investing in different parts of the business which they went on to do by aggressively investing in the cloud. A bit of patience was required, but it didn’t cost us anything and was extremely well rewarded by very strong earnings growth in the past five years. Sometimes it is good to wait, particularly when you’re being paid – the dividend yield was reasonable – rather than trade too often. Microsoft has built a platform that few people were using prior to the pandemic but now has more than 100m users, and I’m sure that it is going to grow very strongly over the next few years.”

Some analysts are concerned that US tech stocks are very expensive and due a re-rating. But Mr Lyon argues: “I would accept that there are pockets of technology where clearly valuations are very high. But we’re not in that part of the market. Platform companies’ [such as Microsoft’s] valuations are far more normal by historical standards and their earnings are growing in the high teens, so these valuations are going to come down over the next two to three years.”

Some investors, meanwhile, would question why a wealth preservation fund has any holdings in tech stocks, which are considered to be highly volatile.

“We’ve seen some very volatile returns in technology, but also some very rational, consistent steady returns in recent years,” says Mr Lyon. “The past decade has highlighted the creation of businesses of two decadessuch as Alphabet (US:GOOGL) and the sustainability of higher-return businesses such as Microsoft. These are effectively the new blue-chips and, from a wealth preservation point of view, we want to be in the blue-chips of today and tomorrow. These businesses have hugely strong balance sheets so their financial risk is very low.”

Mr Lyon adds that they only run ‘winners’ up to a certain point as they do not like to have more than 6 per cent of the trust’s assets in any one holding. But there are some instances where he regrets not selling sooner.

“Gold mining company Newcrest Mining (AUS:NCM) was very successful initially, but the mining cycle turned and we were slow to take our money out, so didn’t move quickly enough,” says Mr Lyon. “This is a reason why we don’t invest in miners any more and prefer more asset-light businesses such as Franco Nevada (CAN:FNV), a royalty and streaming business that finances mining projects.

“Another one we have held for a long time is British American Tobacco (BATS), which performed very strongly between 2010 and 2016, and benefited from a rerating. We did take some money off the table in 2016 and 2017, and when the shares were up at £50, but we should have taken more. That’s the reason why we have this 6 per cent rule – we don’t want to allow our winners to increase valuation risk or other risks within the portfolio. If things do well purely due to sentiment we get nervous and are happy to take some profit.”

Sebastian Lyon is chief investment officer of Troy Asset Management which he founded in 2000. He is responsible for its multi-asset strategy, and manager of Troy Trojan Fund (GB00BZ6CNS31)  and Personal Assets Trust.

Mr Lyon worked at Stanhope Investment Management between 1995 and 2000, where he managed the equity portfolio and asset allocation, and was appointed director in 1999.

He began his career in 1989 at Singer & Friedlander Investment Management.

Mr Lyon has a BSc in Politics from Southampton University and the Associate of the Society of Investment Professionals qualification, and is an Associate Member of the CFA Society of the UK.