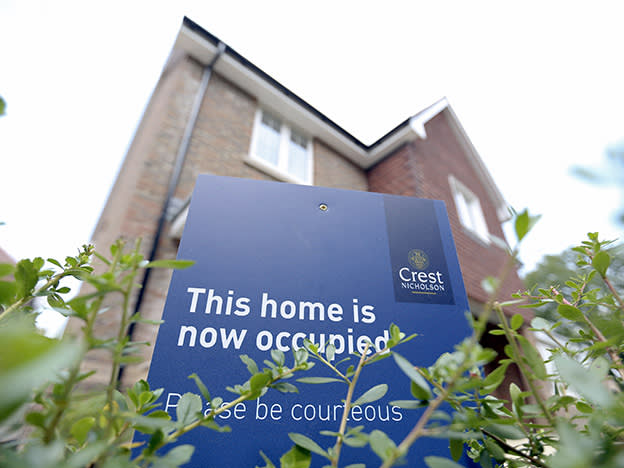 Executing a turnaround strategy amid the disruption caused by the spring lockdown provided a testing first year in the job for Crest Nicholson’s (CRST) management. However, the surge in activity induced by the stamp duty break aided the recovery: adjusted pre-tax profits and net cash came in ahead of guidance. Management plans to reinstate the dividend at the half-year point, covering the payment two and a half times by earnings.

A drop in completions of almost a fifth, combined with impairment charges and restructuring costs, forced the housebuilder into a statutory pre-tax loss. However, there was no escalation in the £43m inventory impairment charge taken in April in anticipation of a decline in sales prices.

A raft of cost saving measures were implemented including a new standardised house specification and re-planning some sites to more efficiently use plots. Management hopes that will contribute towards an improvement in operating margin, which it - optimistically -  hopes to grow to between 18 and 20 per cent in the medium-term.

However, growth in operating margins will be limited this year. “We have got to work through some schemes in ‘21 [that] are poorer margin and carry the features of the types of schemes that we just won’t be building in the future,” said group finance director, Duncan Cooper.

Analysts at Peel Hunt expect the recovery to be weighted towards the 2022 financial year, forecasting adjusted pre-tax profits of £98m from a margin of 13.1 per cent, up from £72m and 11.9 per cent, respectively, in 2021.

Legacy schemes are chiefly London mid-to-high rise, one-off developments that are “hugely capital-intensive”, said chief executive Peter Truscott. There has historically been a disconnect between where capital was allocated and where sales were being achieved, he said. “We always believed we had an inefficient balance sheet rather than a weak one,” said Mr Truscott.

The improvement in the strength of the balance sheet has given the housebuilder the option to expand its operations either by quantity of completions or geographically, he added. That includes building on existing sites in locations including Surrey, Kent and Sussex, where a post-pandemic rise in demand for more space has led to increased interest from homebuyers.

Crest’s inferior margins justify the lower valuation attached to the shares compared with peers. However, a 6 per cent discount to consensus forecast NAV at the end of October also seems to fairly value the risk of a reduction in demand later this year, against progress made on more prudently realigning the group’s sales focus. Hold.