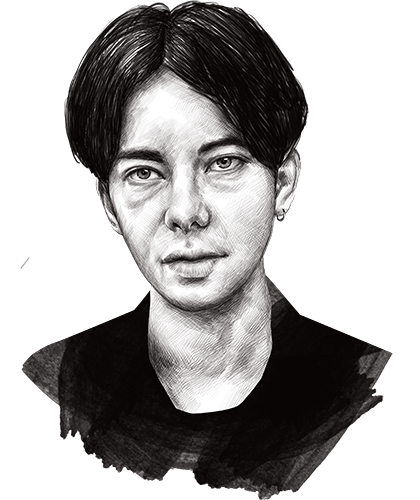 In the 1960s, a generation got high dreaming of a world freed from capitalism. By the end of the decade, to quote the satirical film Withnail and I, they were “selling hippie wigs in Woolworths, man”.

Every generation or so, a new counterculture thinks it has discovered a purer way of doing things. But, in the end, money always wins.

This was proved again when the idealism of the San Francisco hippie movement was reborn in Silicon Valley, where college graduates congregated from the 1990s to build a new digital utopia. Many of them would develop the websites that today turn our personal information and toxic political discourse into billions of dollars every year.

But now, Jack Dorsey, chief executive of Twitter (US:TWTR) and San Francisco native, thinks we can save the internet. Days after permanently banning Donald Trump, he said Twitter would “disarm” and fund a “decentralised standard for social media”. The company, he added, is building towards “a more peaceful existence on earth”.

The blueprint for Twitter’s makeover? Bitcoin. The digital currency, which no single entity controls, is a model for what Mr Dorsey says the internet “wants to be”.

In recent years, with social media seemingly a lost cause, tech utopians have been focusing their ambitions on bitcoin. To them, the cryptocurrency – anonymous, regulated by the people, and not manipulated by governments – is the key to a more democratic economy.

But the hippies have already lost. Like the Rolling Stones and Facebook (US:FB) before it, bitcoin has transformed into just another profit machine.

You can’t use bitcoin in most shops, meaning that to many it only has value as an investment asset. The institutions piling millions into the cryptocurrency in the hope of turning a profit are the main reason its price has increased 10-fold in a year. One institutional investor is Mr Dorsey’s other company, Square (US:SQ), which bought $50m-worth of bitcoin in October.

Bitcoin’s ascent is currently good news for investors who bought it at the right time. But its use as an asset, rather than a currency linked to the real economy, also makes it incredibly volatile. This, coupled with bitcoin’s freedom from state control, is drawing greater regulatory scrutiny.

Don’t be surprised if governments have more success than when they tried to control Big Tech, which is difficult to regulate because it is so popular. When Australia proposed last week to make Google give more money to news publishers, the company threatened to revoke access to its search engine, which holds a 90 per cent market share in the country.

Despite the millions pumped into bitcoin, it will not gain anywhere near that market share anytime soon. Governments could crack down on it without drawing the ire of voters, besides the minority who use it for profit or crime. Buying bitcoin now comes with regulatory as well as financial risks: be wary that your get-rich-quick dreams could soon be crushed.