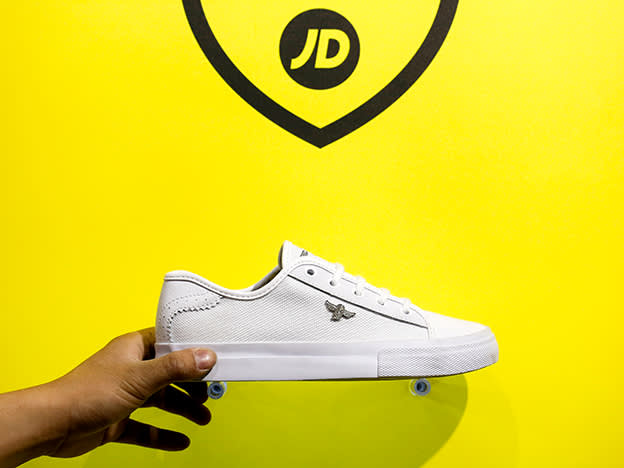 Following media speculation, JD Sports Fashion (JD.) has confirmed that it is considering raising funds in order to pursue further acquisitions, potentially via a non-pre-emptive placing. The sportswear retailer has not specified how much it might be seeking although, according to Sky News, it could be in the region of around £400m.

The group is looking to rebuild its M&A war chest after acquiring California-based retailer Shoe Palace in December for a cash consideration of $325m (£236m) plus a $356m equity stake in JD’s US subsidiary. The purchase has further expanded JD’s footprint across the pond after it entered the US market through the $558m acquisition of athletic retail chain Finish Line in 2018 .

JD’s appetite for acquisitions is not just on the international front, however, as it looks to pick up potential bargains from the Covid retail fallout right here in the UK. The group mulled a rescue takeover of Debenhams, although it ultimately decided against making an offer and the department store’s intellectual property assets have since been snapped up by fast-fashion retailer Boohoo (BOO).

It has also reportedly held talks with US-based retailer Authentic Brands about a joint bid for Topshop. While Asos (ASC) is currently the frontrunner in the race to buy the assets of Sir Philip Green’s former retail empire, JD is waiting in the wings should those talks collapse.

Despite its bricks-and-mortar operations being squeezed by pandemic restrictions, the group has seen robust demand for its sportswear during lockdown and has benefited from customers migrating to its website instead. As a result, JD has raised its outlook for the year to 31 January, guiding to a pre-tax profit of “at least £400m” versus its previous expectations of “at least £265m”. It also says that its “current best estimate” for its 2022 financial year is for pre-tax profit to rise by 5-10 per cent. As one of the pandemic’s retail survivors, the shares are worth holding onto at 791p.