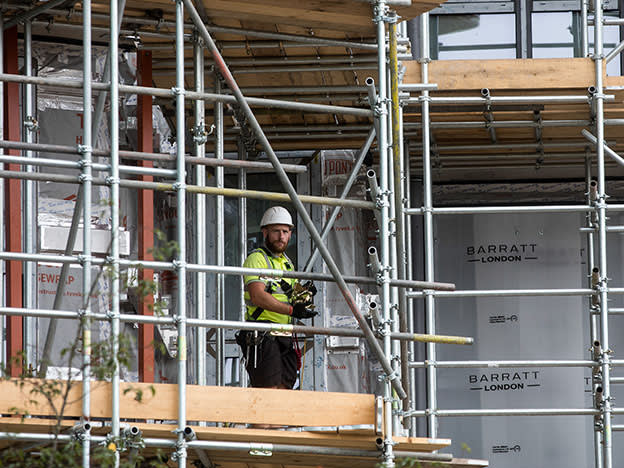 The effects of the stamp duty break - and an element of pent-up demand - are plain to see in Barratt Development’s (BDEV) trading figures: completions were up a record 9 per cent and the value of forward sales at the end of January was 13 per cent higher than the same point last year.

The hiatus in land buying earlier last year and scrapping of dividend payments boosted cash balances to almost £1.1bn and also allowed for the reduction of land creditors by more than a quarter to just over £600m, or 21 per cent of the land bank value. The dividend was reinstated at 7.5p, which is forecast to total 24.28p a share for the full year, according to analyst consensus.

But the overriding question is: for how long will the heady pace of demand continue? The scheduled end of the stamp duty holiday is due to coincide with new restrictions to the help-to-buy scheme. Barratt expects completions for the second half to be between 19 and 25 per cent lower than the first six months, but has retained guidance for between 15,250 and 15,750 homes wholly-owned completions.

House prices fell for the first time in six months in January, according to Nationwide, down 0.3 per cent in December and the rate of annual growth eased substantially. The mortgage lender blamed a tapering of demand ahead of the tax holiday deadline, which could ease further as transactions become less likely to complete before 31 March.

Yet that is not to say Barratt and its peers will not manage any growth in sales once government stimulus eases, if the housing market can avoid a substantial downturn in sales transaction volumes and prices.

“The help-to-buy is the absolute key area,” said chief executive David Thomas. “Stamp duty is just an acceleration.” However, Mr Thomas pointed to a steady rate of completions beyond March - indeed of the forward sales at the end of December, 81 per cent are scheduled for completion after the first quarter.

Analysts have pencilled in annual sales growth of 6 per cent for Barratt in 2022 and earnings per share of 67.4p a share, which leaves the shares trading at a modest 10 times forward earnings. With the strength of the balance sheet in mind, we think that valuation compensates for the market uncertainty ahead. Buy.