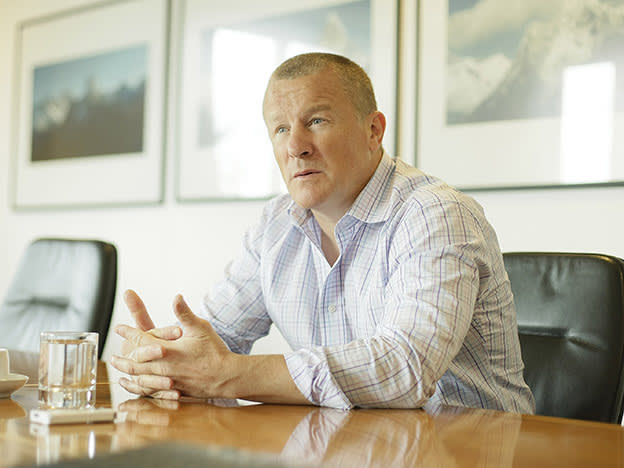 Woodford's comeback and its consequences

With around £200m still stuck in Neil Woodford’s doomed flagship fund, it was always unlikely the disgraced investor would receive a warm welcome back to public life. Yet his mooted return could ultimately trigger much more than an angry investor backlash.

In an interview published on the weekend of 13 February, Woodford told the Sunday Telegraph he was “very sorry for what I did wrong,” but otherwise showed few signs of contrition. He blamed others for his equity income fund's demise, claiming his investment approach would ultimately have been vindicated.

He also detailed plans for a comeback via Jersey-based firm WCM Partners (Woodford Capital Management), a venture expected to focus on the biotech sector and only raise money from professional investors for the time being. Woodford said he did not want to “hide away and beat myself up about things that happened the best part of two years ago”.

Yet the reappearance has drawn scrutiny to Woodford’s plans while amplifying calls for a thorough investigation into the original scandal. Campaigners Gina and Alan Miller published an open letter to the Treasury Select Committee on 16 February warning of a comeback's “alarming regulatory and public policy implications”.

“It ought to be a very serious source of public policy concern that high-profile individuals such as Woodford can be allowed to re-commence trading, with the slate ostensibly wiped clean, when over 300,000 people... are scrabbling to make ends meet after seeing their life savings decimated [in the Woodford fund],” the letter added.

The Millers criticised the “narrow scope” and length of the Financial Conduct Authority’s (FCA) own investigation, which began shortly after the Woodford fund's June 2019 suspension.

Criticisms appear to have struck a nerve. In a rare out-of-hours statement issued on the evening of 16 February, the FCA's director of enforcement and market oversight Mark Steward said it would share information with Jersey’s financial regulator if Woodford applied to operate in the jurisdiction. The Jersey Financial Services Commission later noted itself that, at the time of Woodford's statements, "no application has been received or processed to authorise WCM Partners to operate as a Jersey company or an authorised investment management firm in Jersey".

As part of the FCA missive, Steward also said its investigation into the Woodford scandal was “being appropriately resourced and is progressing”. He dismissed criticisms about its scope as “speculation”. The FCA has not confirmed who or what it is investigating, partly for legal reasons.

It is unlikely the FCA statement will vanquish any concerns about the delay in publishing findings from the investigation. Treasury Select Committee chair Mel Stride MP issued a short statement on 18 February calling for the regulator to set out when a conclusion to its investigation can be expected.

See you in court

Inquiries are lengthy affairs and regulation can inevitably prove slow to catch up with events. But investors who found themselves trapped in the main Woodford fund can at least seek financial compensation, with various legal claims arising from the scandal.

The first name out the blocks with a big publicity drive was Leigh Day, which recently invited investors to join a legal claim against Link. The firm, whose claim has the support of ShareSoc, will argue that Link was responsible for the operation of the main Woodford fund, adding that Link “breached FCA rules” by allowing the fund to hold excessive levels of illiquid or difficult to sell investments, resulting in significant investor losses. ShareSoc’s Cliff Weight said that some 4,600 investors had joined the claim as of mid-February. Link has previously defended its actions as in the interests of investors.

Other claims are on their way. Investors’ Chronicle understands a claim by Harcus Parker against Link should progress relatively soon. Separately, RGL Management said claims would soon be launched against both Link and Hargreaves Lansdown – with Leigh Day also considering the latter option. Slater and Gordon has investigated possible Woodford-related claims.

Like Leigh Day, Harcus Parker and RGL say they have a large number of investors on board. But as RGL chief executive James Hayward notes, investors “need to be very careful about which group they choose to represent them”, with potentially big differences in areas such as the fee charged.