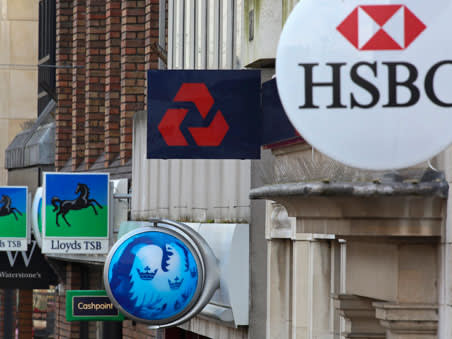 After a tough first year in the role, NatWest (NWG) chief executive Alison Rose sees aggressive lending, lower costs, a leaner UK-only focus, and the unwinding of an enormous capital buffer as the best hopes for a sustained rise in the fortunes of the bank’s beleaguered investors.

The plan seems smart, but this is a difficult time to turn bullish. Though the state-backed lender expects the UK’s vaccine-fuelled recovery will lead to a 4.5 per cent jump in GDP this year, it also assumes the Bank of England’s interest rate will fall to zero from the second quarter.

Falling loan losses – either forecast or real – should help. Full-year results for 2020 put the final net impairment loss at £3.24bn, equal to 0.88 per cent of gross customer loans. That is now expected to be “at or below” the bank’s cycle-spanning guidance of 30-40 points, which lifts the prospects of a smaller gulf between operating and net profits in 2021.

The culling of riskier assets should also help in that endeavour, and has had the effect of lifting the common equity tier one (CET1) ratio to a market-leading 18.5 per cent – 90 basis points ahead of consensus forecasts.

This is positive, particularly as medium-term consensus forecasts look brighter than recent history – or NatWest’s market valuation – would suggest.

If there is wisdom in the analyst crowd, then the bank’s net interest margin should stabilise at 1.6 per cent over the coming three years, costs will drop to less than 60 per cent of income, and the return on tangible equity (ROTE) will hit 7 per cent by 2023.

That’s short of the bank’s own target of 9 to 10 per cent over the same timeframe, which the bank hopes to achieve via a sharp reduction in the CET1 ratio to 13 to 14 per cent, “above market rate lending growth” and cost reduction of 4 per cent a year.

Encouragingly, this also excludes the impact of the “capital accretive” withdrawal from the Irish Republic, which was confirmed alongside these results.

Management’s candid conclusion that Ulster Bank is not “in a position to achieve an acceptable level of sustainable returns over its planning horizon” seems an odd approach to shop window management, though a memorandum of understanding has already been signed to sell around €4bn (£3.5bn) of commercial loans to state-owned Allied Irish Banks.

A separate disposal of retail and small business loans is also on the cards, after Permanent TSB –  formerly Irish Life and Permanent – expressed interest.

But should economic conditions match or better NatWest’s own forecasts, then the bank hopes to pay out at least £800m a year in dividends and supplement cash returns with the re-purchase of up to 5 per cent of shares each year from the Treasury, which still owns 62 per cent of the equity.

Since February 2009, when shares in the then-Royal Bank of Scotland hit their financial crisis nadir, the stock has generated an annualised loss of 0.6 per cent, including re-invested dividends. Shareholders would have been better off putting their money in one of the lender’s near-zero interest savings accounts.

That’s not a reflection on the current regime, which is bringing strategic focus, but an acknowledgement that the next big return target is only as good as the next crisis.

A 9 per cent ROTE by 2023 would be a real achievement and might not seem fanciful against the 7.8 per cent recorded in 2019, though that standout year should also be viewed against the half-decade average for a 0.1 per cent negative annual return. Still, with up to £9.4bn in surplus capital on hand, income generation need not blow the lights out. Hold.