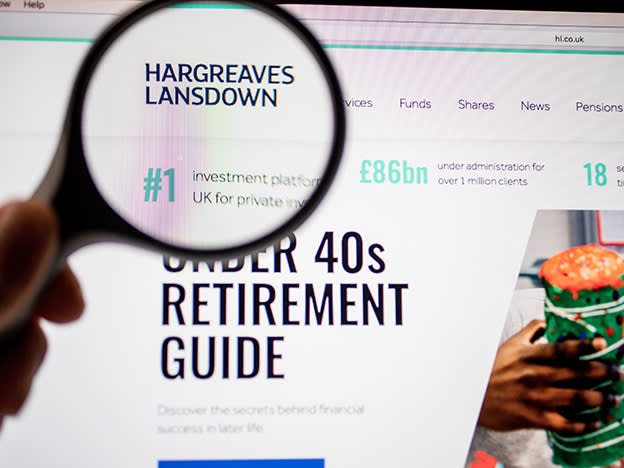 Customers of Hargreaves Lansdown (HL.) are having their patience tested with severe phone delays as a surge in customer numbers and sharp rise in call volumes have put significant pressure on the major platforms.

Following a number of emails complaining of difficulties contacting Hargreaves Lansdown, Investors’ Chronicle rang round the customer service desks of the largest do-it-yourself investment platforms to see how long it might take to speak to someone.

Hargreaves Lansdown had significantly longer delays than other platforms, with a total wait time of 34 minutes before we were able to get through to its dealing team on 17 February, and subsequent tests calling the investment helpdesk led to wait times of between 25 and 11 minutes.

The platform has been grappling with more than double the number of calls than usual for this time of year as record new client numbers and elevated trading has strained the customer service team. Dealing volumes have been three times pre-Covid averages and it's suffering from an estimated 20 per cent productivity fall owing to working from home considerations.

“We are extremely busy and our people are working exceptionally hard to reduce response times under extraordinary circumstances - we apologise for the delays some people may experience,” says Danny Cox, head of external relations at Hargreaves Lansdown.

Cox adds that they have recruited extensively into the client contact areas of the business, although this takes time to bring people up to speed. It has also temporarily suspended some services to focus resources on the essential ones clients use the most.

Cliff Weight, director of individual investors campaigning group ShareSoc, said “Hargreaves Lansdown’s customers having to wait 34 minutes to talk to someone is awful and should be unacceptable. The Financial Conduct Authority and the Competition and Markets Authority looked at platforms a couple of years ago, but seemed to have allowed high cost, poor service, quasi-monopolistic behaviour to continue. They need to go back and have another look at platforms.”

Customers of interactive investor, the UK’s second largest platform, have also experienced some lengthy delays. The longest it took for us to speak to its customer service team involved a 23 minute wait on 17 February, although subsequent attempts were significantly quicker, ranging from nine to four minutes.

interactive investor has been under additional strain as they migrated 100,000 customers from The Share Centre in early February, which has been completed smoothly but resulted in a spike of calls for people wanting help setting up their accounts.

Customer service telephone response times for rival platform AJ Bell (AJB) ranged from 15 minutes to three minutes over three attempts on different days. Despite delays, we found staff at all platforms knowledgeable and helpful when we got through. On 17 February, when we found the major platforms to have their longest delays, we got through to Charles Stanley Direct, IG, Fidelity Personal Investing, Vanguard and Bestinvest all in under three minutes.

Holly Mackay, founder of personal finance website Boring Money, who has recently researched platform service says two groups stood out from a service perspective as being most resilient. Among smaller firms who managed fewer customers she says she “noted much more resilience around response times and service”. And platforms attached to banks proved better equipped to maintain service levels.

Mackay says: “The larger traditional platforms suffered the most. Despite better apps and more webchat available, call centres remain a critically important service, particularly in uncertain times when a human voice is reassuring.”

Customers can also contact the main platforms via their secure messaging services. Hargreaves Lansdown aim to respond to secure messages within 48 hours and interactive investor are currently operating within the 5 day turnaround, but they encourage customers to call if action is needed sooner.

Research carried out by platform consultancy Platforum in October found that call response times for platform customer service were averaging around three and a half minutes, more than double the previous year, but significantly lower than current levels of delay. Their testing found that AJ Bell Youinvest, Charles Stanley Direct, EQi and Bestinvest were the most responsive on the phone, and Barclays Smart investor and interactive Investor had the fastest email response time.

Depleted service levels have come as customers have also been excluded from a number of large recent initial public offerings (IPOs), such as the Hut Group, Dr Martens and Moonpig. This is not the platforms’ fault, and the chief executives of Hargreaves Lansdown, interactive investor and AJ Bell wrote a joint letter to the Treasury last week requesting a consultation so access to new flotations might be established among private investors.

The letter says that between October 2017 and October 2020, private investors were invited to take part in just 24 out of 352 IPOs on the main market and Alternative Investment Market (Aim), excluding them from 93 per cent of share launches.

Ultimately it is the boards of companies that control whether their IPOs are open to retail investors, but they are often discouraged to do so by sponsoring investment banks. The platform leaders call for a debate around whether there should be a regulatory obligation on companies coming to market to include a retail element to their IPO.

“Currently there is a danger that this only happens when the company and its advisers suspect there will be weak demand for the IPO,” the letter says.