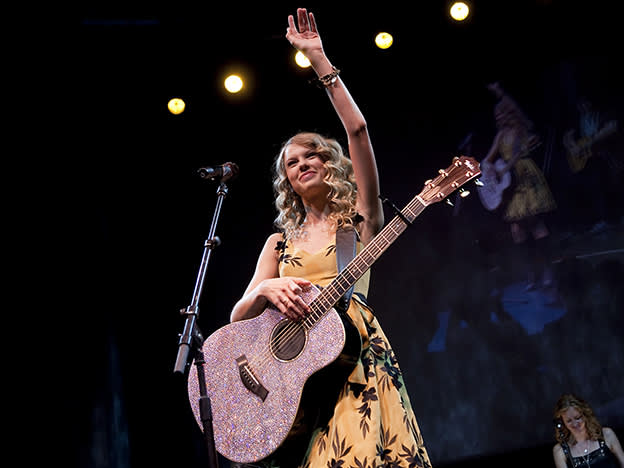 Universal Music to IPO: is it time to invest in the music industry?

Financial chaos at Apple Records was partly to blame for the break-up of The Beatles. Some say spats between Death Row Records and a rival firm led to the murder of Tupac Shakur. Prince hated his record label so much that he changed his name to an unpronounceable symbol to spite them.

There are many reasons why the business of sex, drugs and rock’n’roll hasn’t always been the safest industry to bank your money on.

But now the biggest music company of them all, Universal Music Group, is hoping to convince investors otherwise. The industry giant – which today owns the rights to the music of The Beatles, Tupac, the Artist Formerly Known as Prince, and many more legends besides – is preparing to go public.

Together, these “big three” labels control nearly 80 per cent of the global music market, which is forecast to more than double in 10 years to $45bn (£31.9m), according to Goldman Sachs. After initially dragging their feet to adapt to the digital revolution, the industry giants are working out how to make big profits in the era of streaming.

Revenues in the sector have climbed every year from 2014 to 2019, according to the International Federation of the Phonographic Industry. While income from live music has been all but wiped out during the pandemic, the past year has accelerated the online shift. Beyond the big three, a number of listed companies, from music royalty funds to streaming services, are seizing on the opportunity. Investors will now be wondering if, this time, it's worth taking a chance on the music industry.

Watching the cash roll in

For decades, record labels lavished money on prima donnas, libertines, and that most elusive of capital investments: artistic inspiration. By many accounts, they did not keep the tightest of balance sheets.

But following the emergence of illicit streaming services at the turn of the century, which suddenly gave fans free access to almost every song ever recorded, businesses bloated from decades of high-margin CD sales faced a crisis almost overnight. Following Warner’s first foray onto the stock exchange in 2005, its shares plunged from an IPO price of $17 to as low as $2, before it was taken private again in 2011.

Now the advent of legal streaming services is funneling billions back to record labels, who receive a small income every time you hit play on Spotify (US:SPOT). Each of the big three has bought stakes in the Swedish streaming service, with whom they are learning to collaborate to promote artists. Since listing last year, Warner’s shares are up by almost a third.

Big data can give labels new insights into what songs will become hits, and what artists are worth investing in. The industry is also discovering how streaming can turn old songs into new income streams; music royalty funds like Hipgnosis (SONG) have started buying up the back catalogues of retired artists, so they can sit back and watch the cash roll in from future plays. Last year, Universal purchased all of Bob Dylan’s songs for an undisclosed sum, believed to be in the hundreds of millions.

These days, record labels also shouldn’t have to spend as much money to make a new star. Before Universal signed Billie Eilish, the pop icon of the moment, the teenager had already established a considerable online following by releasing music that she recorded at home. When it was time to make her debut album, Eilish decided to continue recording in her bedroom studio, using equipment available to any amateur musician. After that LP was released, it became the most-streamed of 2019.

The past year has only cemented the idea that hit songs can now come cheaper. Lockdown has forced everyone from Paul McCartney to Kylie Minogue to try out home recording, saving labels the expense of professional studios. Taylor Swift’s Folklore, one of the biggest LPs of 2020, was released by Universal as a ‘surprise’ album, with almost no marketing prior to its announcement on social media.

But despite this, the industry continues to spend big. According to IPFI, investment in artists and repertoire – industry parlance for scouting and acquiring musicians – rose from $4.3bn in 2013 to $5.8bn in 2018. IPO filings for Warner revealed its A&R costs spiked from $1.3bn in fiscal year 2017 to $1.6bn in 2019.

As pointed out by industry expert Tim Ingham, rising expenses are likely being driven by artists demanding more generous contracts. Streaming services and social media have rescued record labels, but have empowered musicians too. One of the most hardball negotiators has been Swift, who secured ownership of all her future recordings when she signed with Universal.

After decades of sticking it to the man, Dylan and other counterculture icons are cashing their retirement cheques. The next generation will not wait that long to get on top of their personal finances – investors may need to watch how this impacts the industry’s bottom line.