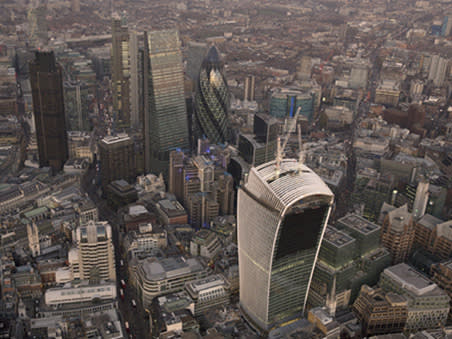 Does Jupiter need another merger?

Despite a surge in performance fees, the asset manager remains dogged by outflows

Judge us on our five-year returns, say asset managers. Despite signs of life since last year’s market sell-off, a half-decade appraisal of Jupiter Fund Management’s (JUP) shares shows investors would have been better off holding the FTSE All-Share Index, according to FactSet.

Even after reinvesting ordinary and special dividends – arguably the most attractive aspect of the shares’ bull case – the group has returned less than 1 per cent on an annualised basis since February 2016, compared to 6.4 per cent for the UK benchmark.

By now, the main issue should be familiar to Jupiter watchers. Despite possessing a wide range of products, the group has for several years struggled to hold on to client funds, in turn heaping extra pressure on fee income and with it, margins.

The solution has been to grow the top-line, hence last July’s acquisition of Merian Global Investors. Unfortunately, full-year numbers reveal that within six months of the tie-up, £2.2bn of the £16.6bn client mandates acquired in the deal had left the building, even if an impressive market performance meant the legacy Merian business edged up to £17bn in assets under management by December.

Despite this mixed picture, the proportion of analysts with the stock on a ‘sell’ rating has declined to just 15 per cent, from a high of 57 per cent at the end of 2019. So why is the City bullish about the group’s prospects?

One possible answer is somewhat tautological: against a consensus earnings forecast of 24.3p per share for 2021, the stock trades below its five-year average valuation. Of course, Jupiter’s habit of routinely missing net flow forecasts since the end of 2016 suggests market predictions need to be taken with a pinch of salt.

Then again, Jupiter is run by smart people capable of both course correction and delivering for investors. Here, the signs are not discouraging: on both a one- and three-year horizon, most of the group’s mutual fund assets under management – the source of the greatest outflows – delivered above-median performance against peers.

This was a direct benefit to the bottom line in the second half of 2020, as the strong showing from Merian’s UK equities and alternatives funds led to a surge in group-wide performance fees to £73.6m for the year, from just £7.9m in 2019.

“Financially, it has exceeded our expectations,” said chief executive Andrew Formica in his results commentary, adding outflows “were well-anticipated” and should soon stabilise. Should that prove optimistic, one wonders if expectation-surpassing synergies from the deal might eventually serve as evidence for another acquisition.

Formica, who as chief executive of Henderson oversaw its 2017 merger with Janus Capital, has ruled out a move, though analysts at Citi recently singled out Jupiter as a potential target for an acquirer looking to add product to a strong distribution network. It is a big ask, but it might be investors’ best near-term hope for the shares to trade back above an all-time high north of £6. Hold.