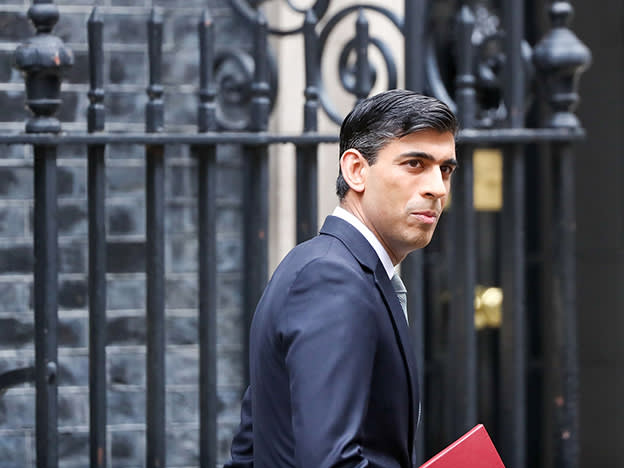 Have investors priced in a corporation tax hike?

Earnings forecasts might need a rewrite after Wednesday’s Budget

When chancellor Rishi Sunak unveils the UK Budget for 2021 on Wednesday (3 March), we should have a clearer idea of how the UK government plans to start to pay for the cost of Covid-19.

To date, the Treasury has borrowed more than £300bn to fund emergency economic support for employees, homebuyers and businesses hit by the pandemic, racking up a bill Sunak has called “morally, economically or politically” unsustainable.

Together, the so-called ‘triple lock’ taxes contributed to 73 per cent of Treasury receipts in 2019, according to HMRC, making them the largest tools in the fiscal kit required to balance spending. However, Sunak has refused to break with the Tories’ manifesto commitment, placing corporation tax – which contributed 9 per cent to tax receipts last year – next in line.

In recent days, multiple reports have emerged from Westminster that suggest corporation tax will be lifted from 19 per cent to as much as 25 per cent by the end of the current parliamentary term in 2025.

This has clear consequences for investors in domestic UK stocks, as corporate earnings are declared after deducting for tax. A 6 percentage point rise in earnings would therefore depress profit expectations in the coming years, reducing companies’ capacity for capital investment, dividends, buybacks and debt repayments.

A revision in tax forecasts is also likely to hurt the net present value of assets, as a higher discount is placed on the future value of cash flows. This is likely to be negative for share prices.

While calculating a company’s tax expense in any given year is complicated by the various levies it may be subject to, it is still possible to crudely model for the immediate hit to earnings.

Take online property portal Rightmove (RMV), which detailed a consolidated effective tax rate of 18.5 per cent, just below the current normal corporation rate of 19 per cent, when it published full-year results on Friday.

The group put this down to credits received in relation to search and development expenditure, although the company’s domestic focus, lack of debt and carried losses, limited operating expenses and lean business model make it a relatively straightforward example for calculating the effects of potential UK tax changes.

At present, however, consensus forecasts aren’t factoring in much in the way of tax rises, according to FactSet. In fact, City analysts expect the tax rate to decline over the next three years, on both a reported and adjusted basis.

Press reports have so far suggested that a rise in corporation tax will be introduced gradually, perhaps through 2-percentage-point increases in both 2022 and 2023. Here, we model the effect on reported profits of a 1-point rise in 2021, and 1.5-point hikes thereafter, to crudely estimate the effect on net income:

On such a limited time horizon, the difference is not stark. Shareholder earnings for the next three years would only fall 3.5 per cent, to £537m. However, that figure drops to £514m if corporation tax were to be increased to the maximum rate being suggested in one go:

This gives an idea of the compounding effect on future earnings, and the effect this is likely to have on the market value of a business already priced at 35 times this year’s adjusted post-tax earnings. Neither is such an assumption that radical, given the size of the challenge facing the chancellor in raising government income. A 6 percentage point rise in corporation tax, for example, is unlikely to raise more than an extra £80bn of the next five years, according to research from RBC on the possible ways Sunak could raise Treasury coffers over the parliamentary term (see table, below).

Fortunately for the chancellor, a rise in the rate of corporation tax has broad public support, including among a majority of both Conservative and Labour voters according to recent polling by Kekst CNC. Whether a political consensus can be reached in parliament is less clear, however, after Labour leader Keir Starmer and a raft of Tory backbenchers signalled their opposition to the proposed increase, arguing it could hamper an economic recovery.

Others have suggested the government take a more targeted approach and focus on taxing businesses that have become more profitable during the pandemic, although this could introduce an element of moral hazard, and is unlikely to be good news for investors who have reoriented portfolios towards companies less exposed to the effects of lockdown and recession.

One of those havens has been high-flying US technology stocks, although news that President Joe Biden’s administration is proposing to lift the corporate tax rate from 21 to 28 per cent – while providing extra cover to the UK government – is likely to prove a further challenge to bullish earnings expectations for the economic recovery.