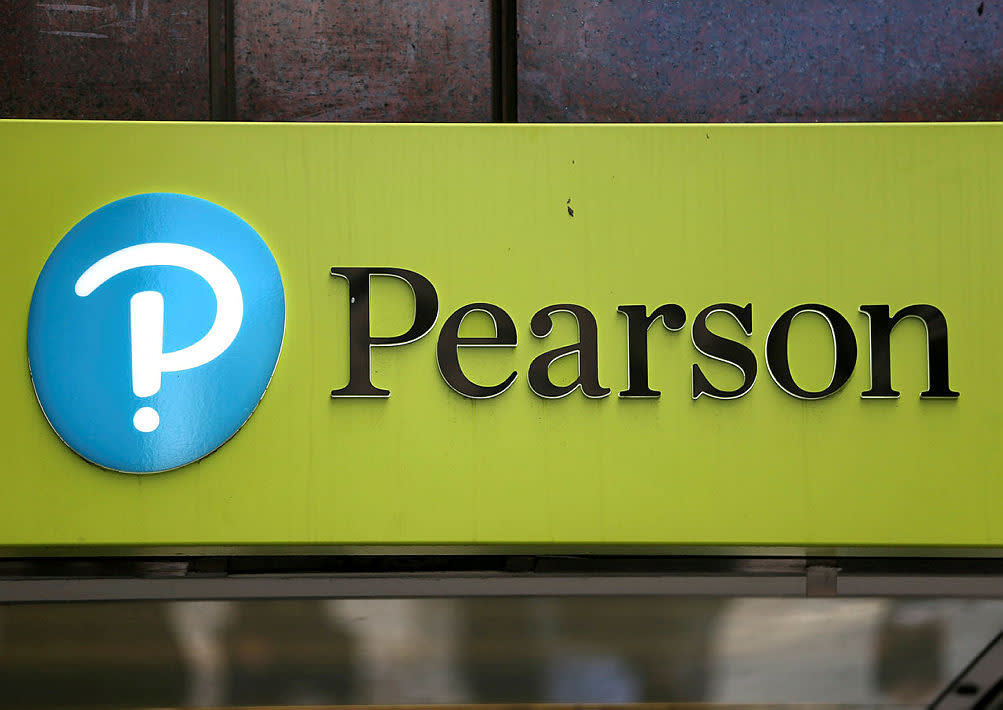 As students across the country return to school this morning, thousands of them will also be lugging heavy Pearson (PSON) textbooks in their backpacks. The publisher has a long history in education, with a rich catalogue of content to match. But it has also largely failed to keep up with the industry-wide shift towards online learning.

This has been made all the more clear by the impact of the pandemic. A late start to its digital transformation meant adjusted pre-tax profits almost halved in 2020 to £313m, as the spread of Covid-19 closed bricks-and-mortar schools and exam centres. Meanwhile the US courseware business, which has been hit by the growing market for second-hand textbooks, saw revenues dip 13 per cent to £894m.

The overall decline was somewhat offset by growth in Pearson's global online learning product, where sales rose by almost a fifth to £697m. But the company warned that this looks unlikely to last, as the so-called ‘covid cohort’ of students makes its gradual return to in-person classrooms. Somehow, its key online learning business - a market which management has identified as one of its three main growth drivers - is expected to stay flat next year.

This does not match the opportunity that Pearson has at its feet. The industry is ripe for disruption, especially after a year in which virtual learning in higher education has thrown into sharp relief the value of physically being in a classroom, or the huge fees that the sector commands.

Luckily for Pearson, its new chief executive Andy Bird, a former executive at Walt Disney (US:DIS), appears to recognise this. Bird has unveiled another restructuring programme for the company, committing to “sustainable growth” via a new direct-to-consumer, digital-first model. The five new divisions include: virtual learning, higher education, English language, workforce skills and assessment and qualifications.

These new categories look promising, but the reorganisation has not been cheap. Management warned that it will incur one-time cash and profit and loss (P&L) costs of between £40-70m this financial year. That is on top of the restructuring of its physical office space, which will put another £130m dent in the income statement, as well as a cash cost of around £10m. This will be followed by a recurring benefit of £10m in 2022, which is expected to rise to £20m per anum in later years.

There is reason for optimism, then - and explains why the market pushed the shares up by as much as 5 per cent on the publication of these results. But there is no escaping the fact that Pearson is late off the mark, and competition is heating up. Look no further than Coursera, the massive online open course (MOOC) group that filed for an IPO in the US last week, at a valuation that could exceed $2bn (£1.5bn).

Unlike Pearson, Coursera has had no trouble capturing the growth in educational tech (or ‘edtech’) over the past year; its revenues were up 60 per cent in 2020 to $294m. While its net loss widened to $67m from $47m the year prior, this was driven by increased spending on marketing efforts and ‘freemium’ products, in keeping with the tried-and-tested model of many high-growth tech firms. Judging by last year's near two-thirds rise in total registered users to 77m, those marketing pushes appear to have been successful.

There can be no doubt then that the opportunity is huge. Spending on global online degrees hit $36bn in 2019, according to research firm HolonIQ. That is expected to reach $74bn by 2025.  Pearson has the right content and intellectual property to capture that growth, and Bird’s new strategy holds plenty of potential. Unlike Coursera, the group is not loss-making, although an operating profit of £411m last year was largely due to the £531m sale of its remaining stake in Penguin Random House. Still, management is upbeat on the outlook for 2021, especially as coronavirus restrictions lift and school and exam centres re-open.

The online-first reorganisation will not be easy, cheap or quick - but is necessary to survive. Investors should be wary of native competitors such as Coursera in the edtech space, which already operate at scale. But Pearson’s formidable expertise in content and Bird’s digital vision look like they could be a winning combination in the long-run. Hold.