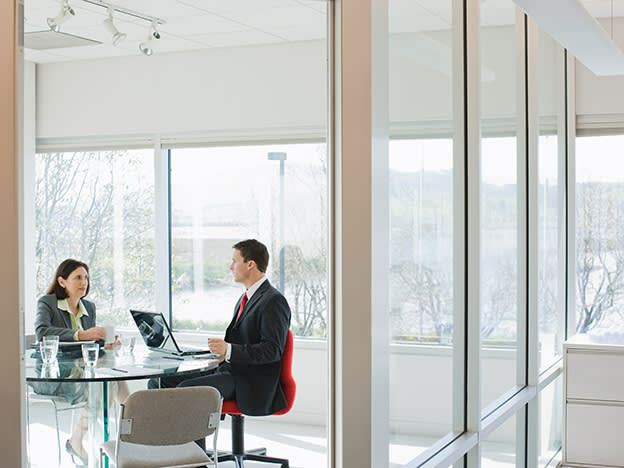 The short-term leases offered by flexible workspace providers such as IWG (IWG) and Workspace (WKP) may just mean that the injuries dealt by the pandemic are more immediately visible than for permanent office landlords. Yet could they also be quicker to heal?

The former group, which signs longer-term leases with office owners and re-lets to occupiers for a smaller duration, has swiftly cut its footprint in response to reduced demand. The costs associated with closing underperforming centres, which included impairing assets, were worse than anticipated by analysts over 2020, which pushed pre-tax losses up higher than consensus forecasts.

Lockdowns and weaker business confidence meant open centre revenue declined almost 9 per cent during the second half of the year, following a 10 per cent rise during the first six months of 2020.

Yet the outlook for rents across the office market is pessimistic. A headline net balance of negative 44 per cent of respondents to the Royal Institution of Chartered Surveyors fourth quarter commercial market survey said they expected prime office rents to fall over the next 12 months, while negative 63 per cent anticipated a decline in secondary rents. A negative balance indicates more respondents expected a decline than those who did not.

CLS (CLI) is one commercial landlord that looks well-placed to buck that trend. It reported growth in estimated rental values (ERV) across the portfolio in 2020. Germany continued to lead the way, generating a 3.1 per cent increase in ERVs. An increase in the portfolio valuation and a robust rent collection rate of 99 per cent, meant the EPRA net tangible asset value rose by almost 6 per cent, ahead of forecasts from analysts at Panmure Gordon.

However, the overall vacancy rate increased to 5 per cent at the end of December, up from 4.3 per cent the previous year and above management’s 5 per cent target ceiling. “I don’t think we’re going to see that much improvement until June, when lockdown restrictions [will be] hopefully disappearing,” said chief executive Fredrik Widlund.

News of the vaccine roll-out sparked a rerating in the shares, which are 43 per cent higher than at the start of November, and with an impressive rent collection rate a 29 per cent discount to NAV seems unwarranted. However, while the UK government has said the ‘stay at home’ order could end by 29 March and all social distancing restrictions could cease by June, some degree of home working could become permanent. Large companies including BP (BP.) and KPMG have already indicated that they intend to shift to hybrid working post-pandemic. Smaller businesses could follow suit.

Against this backdrop, flexible workspace providers could become globally more appealing. Management said there had been an unprecedented surge in new membership deals and added a higher number of franchise partners than the prior year. The group’s network of offices could also be better suited to a shift away from city centres.

Last year it reported a “very strong escalation” in interest in suburban locations. While deals for locations in New York City fell by around 30 per cent during the year, they rose by more than 40 per cent in Southern Connecticut and in many other primarily suburban and rural locations, management said.

It also reported strong demand for products that support hybrid working, with revenue from Virtual Office and VO customer services rising 6 per cent.

However, does IWG have the liquidity to take advantage of a potential longer-term opportunity? Cash and undrawn debt facilities totalled £802m at the year-end, up by almost half on the 2019 level. Yet a major risk factor for IWG is balancing hefty lease liabilities with uncertain demand from occupiers. Those stood at an eye-watering £6.6bn at the end of 2020.

Analysts downgraded earnings forecasts for 2021, resulting in consensus sitting at 3.12p a share and rising to 12.9p the following year. That leaves the shares trading at 28 times forecast earnings for 2022, which does not seem to adequately reflect the risk of a slower return in demand for office space from occupiers. Sell.