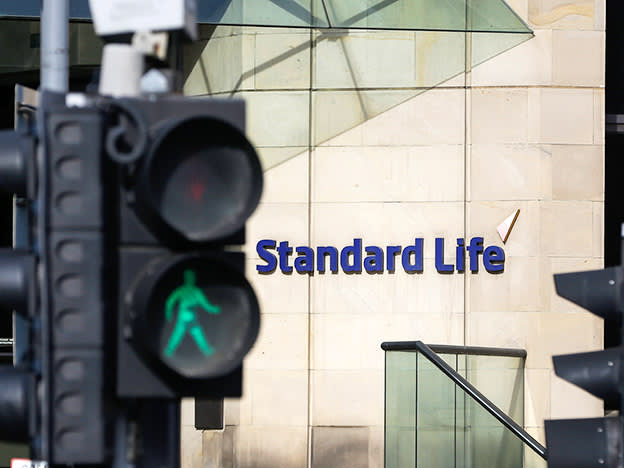 M&G/SLA: a tale of two dividends

“Kick the dividend habit” this magazine recently implored shareholders, whether their goal is income or share price growth.

The argument – that total return strategies work better over time – is backed by solid evidence, but ingrained preferences die hard. Be it a subtle distrust of companies’ capital allocation plans or the bias for rental income that only a property-obsessed nation can sustain, UK shareholders like to feel the fruits of their risk-taking in cash lump sums, thanks.

M&G, in its first of set of full-year results since its split from the higher-growth Prudential (PRU), surprised the market by doing what it already said it would: declare a stable or increasing dividend.

In the event, the final pay-out climbed by 2.6 per cent, though had it held at last year’s level, the pro-forma annual yield would have still stood at almost 9 per cent. As such, one suspects the heady market reaction to these numbers was less to do with the size of the distribution than the strength of the group’s capital generation – shorthand for growth in capital above regulatory minima and therefore a useful proxy for income and balance sheet health.

Though tangible signs of business growth were predictably elusive – excess capital from both the asset management and legacy Heritage life insurance arms were flat year-on-year – 2020 results will provide encouragement to those shareholders who believe equity can grow with or without reinvesting dividends. Indeed, a three-year target to generate £2.2bn in capital by the end of 2022 now looks beatable - especially after management joined Phoenix Group (PHNX) in lowering their longevity assumptions.

The fact is, M&G’s yield is so high because parts of its business are valued so cheaply. These results showed dividends are affordable alongside rising capital buffers and growth-oriented investments, such as the recent acquisition of wrap platform provider Ascentric.

That deal helped to offset fund outflows elsewhere, including £12bn from retail investor mandates. This remains a perennial issue for the fixed income focused investment group, as it does for SLA, which sold its own closed-book life insurance division to Phoenix in 2018.

The terms of that arrangement were tweaked ahead of full-year results, handing Phoenix the Standard Life brand and £115m in cash, in exchange for several complementary products to SLA’s financial advisor platforms and a 10-year extension to a low-margin mandate to administer Phoenix’s largely bond-based £172bn asset portfolio.

In 2020, this was one of the few portions of the managed asset pile that held back net outflows. The higher-margin wealth management business, which accounted for £80m in fee based revenue, saw £1.1bn of gross inflows matched by redemptions; a further £25.9bn tranche from the lost Lloyds Banking Group mandate headed to Schroders (SDR) in the first half; while the institutional and wholesale arm – the source of almost two-thirds of fee-based revenues – saw net flows of just £0.3bn.

The result was a 1.9 per cent dip in assets under administration, even after market movements. Together with lower margins across all sales channels, this weighed on revenues and adjusted pre-tax profits, given the largely fixed cost base.

How does management turn this around? The answer – beat industry benchmarks and watch fund flows reverse over time – is easier said than done, particularly when managing more than half a trillion pounds’ worth of client money.

The outperformance of 68 per cent of total assets under management over a five-year time horizon is one source of hope. Yet it also feels less compelling when you note that key drivers of this record – fixed income, cash and alternatives – also attract some of the lowest fees.

Chief executive Stephen Bird’s decision to almost half the final dividend to 7.3p signals feel less like a sensible rebasing than a warning of further pain, and that consensus earnings forecasts of 17.4p per share for 2021 could prove overly optimistic. Sell.