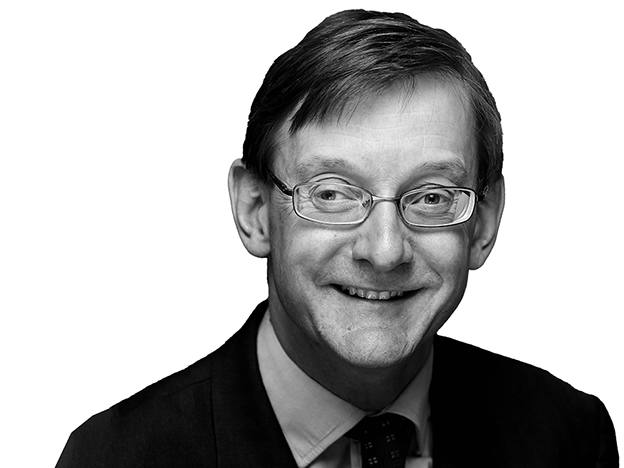 The benefits of a shift to technology

The Albion VCTs have a focus on technology companies in areas such as healthcare, digital health and B2B software

Some of these investments have done particularly well during the pandemic

Although they don't experience the massive share price swings of listed equities, unquoted companies are subject to the same economic pressures and opportunities. So, not surprisingly, private equity funds have benefited from investments in areas such as technology, and not done so well with leisure and travel assets.

This has been the case with the six Albion venture capital trusts (VCTs), which hold around 70 unquoted companies and have total funds under management of about £450m. The VCTs have a particular focus on technology in areas such as healthcare, digital health, and business- to-business (B2B) software for data security and infrastructure.

“Decent growth in some of the technology and healthcare investments has more than compensated for the ones that have had a tougher time," says Will Fraser-Allen, managing partner of Albion Capital. "It was fortunate that we sold the last of our pubs in December 2019.”

VCTs such as the Albion funds are gradually reducing their holdings in asset-backed investments such as pubs following rule changes that mean they can no longer invest in them. While they do not have to sell existing holdings, when they eventually do sell them any proceeds they reinvest have to go into more growth focused companies which comply with the current investment rules.

But although the Albion VCTs have fewer asset-backed investments than they used to and some, like care homes and renewable energy plants have not been adversely affected, not all of them have come through the pandemic unscathed.

“We have a wedding venue down in Wiltshire – Beddlestead – which unsurprisingly is closed,” says Fraser-Allen. “But it’s well funded and waiting for weddings to start again. The pent-up demand is enormous – we haven’t seen cancellations but rather deferrals, so when it's due to open up again it’s going to do very well. The one that is more difficult is our hotel at Stansted Airport – Kew Green. We’ve massively written it down because our view of the opportunities for travel is that it's going to be very different going forward. But fortunately it’s a tiny investment and only in two of our funds [Albion VCT (AAVC) and Crown Place VCT (CRWN)].”

Investments that have done well include B2B software providers.

“This very much reflects that we’re sitting at home and suddenly businesses are running a very disparate IT infrastructure,” says Fraser-Allen. “For example, Quantexa [the VCTs’ largest holding] has done amazingly well since we invested in it in 2017. The revenue has grown 20 times and the number of employees has gone from 30 to 268. This business uses data analytics to help banks identify customers and therefore detect financial crime. It meets the need to have more effective infrastructure at a time when there’s a huge increase in financial crime. This is now used by many of the largest banks and is growing very fast.”

“As a result of Covid, the NHS has signed up to this because they need to be able to securely communicate with staff who are no longer working in hospital environments,” says Fraser-Allen. “But it’s not just NHS – the company has been signed up by lots of global enterprises so we’ve seen the revenue grow 10 times since we invested in 2014. Egress now has now 240 employees but only had 23 when we invested.

“Quantexa and Egress provide mission critical IT infrastructure which has become such an important theme given the enormous changes to the way we work. These have driven significant value throughout the Covid period.”

“They’ve now got one of their medicines in the market and that’s being sold in the UK and Europe,” says Fraser-Allen. “They’ve got a pipeline of further medicines they’re bringing to market and the company has continued to grow strongly during Covid because children who need medicines because of a chronic illness still need them – regardless of Covid.”

But selling into hospitals has been extremely difficult for some types of companies because of the focus on treating patients with Covid-19. This has affected Mirada Medical, an imaging software company that uses deep learning to help clinicians plan radiation treatment.

“Their route to market is through visiting and selling to hospitals directly,” says Fraser-Allen. “They haven’t been able to do that [and] they’re rapidly moving to more of a virtual sales model [but] it’s going to be a more difficult sell cycle. We’ve written Mirada Medical’s value down to reflect what will be a slower build-up of sales over time.”

VCTs make their returns by selling on holdings at a profit. Most of the Albion VCTs’ exits are done via trade sales or selling to financial investors such as other private equity or pension funds. But since the outbreak of the pandemic exits have slowed down.

“The number of exits were less in 2020 than they would have been without Covid-19 and lower than in the previous year,” says Fraser-Allen. “But what was really encouraging was that exits didn't disappear, and valuations in sectors that have continued to do well have not fallen – they’ve gone up. I envisage a number of exits this year as well.

“So, for example, in October 2020 we sold Clear Review, a software business whose product helps enterprises manage staff appraisals. It was acquired in October by Advanced Computer Solutions Group and we made a perfectly respectable 2.1x return. That entire exit from start to finish was after the first lockdown, and reflects that there were sectors doing well and software companies continue to acquire other software businesses.

“In December, we sold our investment in G.Network, a broadband provider we had invested in when it had only put broadband into eight streets in London. But at point of sale in December 2020 it had put broadband into 2,189 streets. It was acquired by USS, a pension fund, and CUBE, an infrastructure fund, and we made a 3.8x return.”

Similarly, while investment activity slowed down last year it didn't grind to a halt.

“Investment activity slowed down, partly because a number of founders were reappraising their businesses," says Fraser-Allen. "But we were able to complete a number of investments where we had been in the advanced stages of our due diligence process as lockdown happened.”

Investments in new companies included WeGift, a cloud platform that enables corporates to purchase digital gift cards, and distribute them to employees and customers. Another recent investment is TransFICC, a provider of low-latency connectivity and workflow services for fixed income and derivatives markets. Seldon Technologies, meanwhile, is an open source platform that helps large enterprises to deploy machine learning models in production.

The necessary due diligence before making an investment in unquoted companies is more labour-intensive than that required for publicly listed ones, for reasons including less publicly available information. And not being able to meet companies face-to-face makes deal making harder, according to Fraser-Allen.

“You can do lots over Zoom or equivalent, but what you can’t do is that really important relationship building in a face-to-face environment,” he says. “So we were very pleased in June when we were able to open our offices in a limited way. That face-to-face bit is a really important part of our assessment of a company prior to [investment]."

But, otherwise, he feels that number of areas of due diligence now work better.

“The availability of commercial customer references is better because people are working from home and much more available,” explains Fraser-Allen. “A lot of our due diligence is interviewing industry sector experts and customers. Everything is online now so financial due diligence has been fine. Visiting premises is a very small part of what we do in assessing a software business. A big part of it is the technical due diligence on the underlying software platform and that has continued. We’ve been fortunate that the types of companies we invest in are the sort of businesses that lend themselves well to being appraised in a virtual environment.”

2001: joined Close Ventures since when he has focused on leisure, media, business services and healthcare investing.

1996: qualified as a chartered accountant with CLB and joined its corporate finance team.