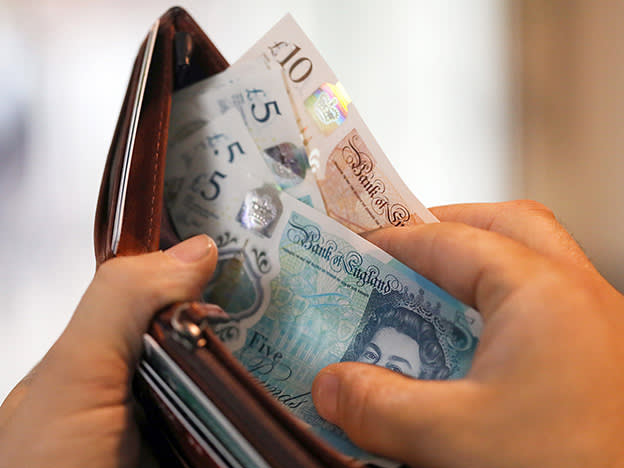 Investment trusts versus their sibling funds

Where, and why, to consider backing the closed-ended option

Having long graced the upper echelons of the performance charts, growth-oriented names such as Scottish Mortgage Investment Trust (SMT) appeared to finally hit the buffers last month. A tech sell-off, driven in part by rising inflation concerns, saw Scottish Mortgage shares fall by some 28 per cent between 15 February and 5 March. The shares briefly traded at a rare double-digit discount to net asset value (NAV) before staging a fierce recovery in the second week of March. Other growth-oriented names including Baillie Gifford US Growth Trust (USA) and Polar Capital Technology Trust (PCT) have had a similar ordeal – presenting tactical investors with a chance to buy in at wide discounts.

With inflation concerns still proving highly divisive, it remains impossible to predict how these trusts will hold up in the shorter term. But with some investors eyeing up possible bargains in the equity investment trust space it is worth revisiting another question: how do equity trusts differ from open-ended funds run by the same team? Understanding the similarities and differences can help you decide which might be the best match for your portfolio.

The hunt for arbitrage

In the case of Baillie Gifford, this covers areas such as the US, Asia, Japan and various global equity ranges. The team behind Baillie Gifford Positive Change (GB00BYVGKY80) recently took over what is now Keystone Positive Change Investment Trust (KPC). The firm even runs a little discussed open-ended fund that has some similarities with Scottish Mortgage, in the form of the Baillie Gifford Long Term Global Growth (GB00BD5Z0Z54), which lists Tom Slater as one of its managers.

When we outlined the prospect of taking profits on some of 2020’s top-performing investment trust shares in December, we noted the possibility of switching out of 'expensive' trusts after substantial gains and moving into open-ended funds managed by the same team. Investors taking this more tactical approach could move back into a trust if and when the shares looked depressed and traded at a decent discount to NAV.

This is a thought worth entertaining – especially if 2021 proves rocky for some of last year's winners –but one that should be fully scrutinised. Switching in and out of funds, for one, will incur costs that could eat away at any returns you might make from dipping in and out of trusts. A lurch into a discount could also be a sign that a trust’s holdings are in for more difficult times, with no rebound in the shorter term. As always, investment trust shareholders should be prepared to stick around for the long haul. Either way, weighing up the benefits of a trust versus a similar open-ended fund can be instructive.

How trusts have fared versus open-ended siblings

We would generally argue that investment trust share prices are more volatile than open-ended fund NAVs – making the former more painful to hold at moments of market stress, but more rewarding in the longer term if the underlying portfolio does well. But investigating this assumption – and analysing the options on offer – can expose some important nuances.

As our first chart shows, some of the strongest performers from the closed-ended universe have outpaced their open-ended 'equivalents' over the half decade to 9 March 2021. This is most notable when it comes to some of the leading lights: Pacific Horizon Investment Trust (PHI), which had an extremely strong 2020, made a 360 per cent total gain for shareholders over five years, compared with the still impressive 222.5 per cent gain for Baillie Gifford Pacific Fund (GB0006064199). The firm's global equity trusts were also notably ahead of similar open-ended funds. When it comes to the US Growth Trust, five-year track records are not available to compare open with closed-ended.

And yet there are cases where the closed-ended fund's shares have under performed an open-ended peer, even when both have made positive returns. Polar Capital Technology Trust has lagged its open-ended equivalent, with Harry Nimmo’s Standard Life UK Smaller Companies Trust (SLS) also behind the open-ended alternative.

Other assumptions should also be challenged. Trusts, for example, can generally be expected to suffer greater pain at moments of market volatility than equivalent open-ended funds, given they are exposed to share price volatility. Yet this can sometimes be an overly simplistic take.

Take how some trusts have fared in the recent market rotation. Baillie Gifford US Growth Trust lost 17.8 per cent in share price total return terms in the month to 9 March, but actually held up better than Baillie Gifford American, which registered an 18.7 per cent fall. Some others also bucked the assumed trend: global small-cap portfolio Edinburgh Worldwide Investment Trust (EWI) lost 20.4 per cent in share price total return terms versus a 22 per cent loss for Baillie Gifford Global Discovery (GB0006059553). These differences point to the fact that equity trusts and their nearest open-ended peer are not always so similar, even if the same team runs both. Such differences will likely guide your preference for one over the other.

Some of the asset managers featured here may rightly protest that the funds highlighted are not so closely linked as some might assume. This can be illustrated by recent correlation figures, shown in the table.

In the year to 9 March, the Polar Capital technology funds had only had a correlation of 0.63, with a 0.75 correlation between Baillie Gifford Japan Trust (BGFD) and Baillie Gifford Japanese (GB00BD9MNV95) over the same period. BlackRock’s UK equity income offerings, equally, seem less closely related than others in the group. To offer some contrast, Nick Train’s funds and the funds run by Fidelity's Alex Wright had fairly high correlations. A figure of 1 would mean a 'perfect' correlation.

Here it is important to note where exactly trusts can differ from funds. Although the performance figures do not always bear this out, many trusts should be generally viewed as more complicated funds that have more flexibility to increase the level of risk taken.

Because investment trust portfolio managers have no need to manage investor flows, they make a good home for less liquid assets. James Burns, a partner at Smith & Williamson, which focuses on running portfolios among other things, favours Schroder Asian Total Return Investment Company (ATR) over its open-ended peer in part because of its greater focus on small- and mid-cap stocks. This can potentially up both the risk and potential rewards. Similarly, AJ Bell head of active portfolios Ryan Hughes notes that Baillie Gifford Japan Trust can differ from the related open-ended fund because of the former’s tail of small caps. “They only have about 70 per cent [in] the same holdings,” he notes.

“It’s not always an equivalent – it’s an alternative,” he adds. “Very rarely is it like for like. There can be small differences and those can be bigger than people think. Often it’s around things like small caps, with a trust going further down the market cap scale.”

The focus on illiquid assets can extend beyond the likes of small and mid caps to unlisted stocks. As demonstrated by the Woodford scandal, holding these in an open-ended fund can cause problems for a manager attempting to return large volumes of cash to exiting investors.

With trusts not having such a problem, various names have expanded into the unlisted space. Baillie Gifford is a well-known example, with Scottish Mortgage upping its focus on private companies in recent years. Baillie Gifford US Growth Trust and Pacific Horizon Investment Trust also have some exposure, while the Positive Change team recently noted that Keystone Positive Change Investment Trust would hold some unlisted stocks. Edinburgh Worldwide is allowed to have an unquoted allocation of up to 15 per cent of assets at the time of initial investment.

Private companies are not always small – in one update last year, the Scottish Mortgage team noted that at the time its largest unlisted holding, Ant International, would be the biggest company in the FTSE 100 if listed. But private companies, like small- and mid-cap stocks, sometimes offer greater risk and reward than the likes of blue-chip names.

As Hughes notes, trusts are also not restricted by the UCITS 5/10/40 diversification rules, whereby many open-ended funds cannot have 10 per cent or more of assets in a single stock, or more than a total 40 per cent weighting to positions of 5 per cent or higher. This means they can sometimes take especially high-conviction positions, upping the potential risk and reward. Take Alexander Darwall’s European Opportunities Trust (JEO), which once had 17 per cent of its assets in Wirecard, as an example.

Trusts with high-conviction leanings may therefore need more monitoring – although open-ended funds with up to 10 per cent in a stock can still be highly exposed to one name. See, for example, the meaty positions some Baillie Gifford open-ended funds have had in Tesla (US:TSLA) at points. Similarly, Polar Capital Technology Trust may have had a 9.6 per cent position in Apple (US:AAPL) at the end of January, but the open-ended equivalent's’s 8.3 per cent weighting to Alphabet (US:GOOGL) was not far behind.

That said, the ability to take bigger positions can sometimes be useful in highly concentrated markets and sectors, where Hughes argues that open-ended funds can essentially be forced to take underweight positions in leading constituents of an index due to the UCITS rules. He cites Asia, where Taiwan Semiconductor Manufacturing (TAI:2330), Tencent (HK:0700), Alibaba (HKG:9988) and Samsung (KR:005930) made up 25 per cent of the MSCI AC Asia ex Japan index at the end of February, and the tech sector.

Gearing can, of course, boost trusts’ gains and losses, depending on market conditions. Burns highlights gearing as an appealing element of Schroder Asian Total Return Investment Trust, while UK value names such as Fidelity Special Values have looked prepared to capitalise on any continued market rotation with higher levels of borrowing.

For Hughes, backing highly geared trusts can work if an investor is extremely confident in both the manager and the market exposure – although high levels of borrowing can, of course, hurt performance on the way down. As with all these differences, a preference for either option may simply relate to your attitude to risk. Trusts have the ability to ramp up borrowing, although their managers don’t always do so. Gearing levels, for example, can fall off as and when managers grow concerned about the future prospects for their market and portfolio.

Finally, fees can also make a difference. Trusts have, generally speaking, been viewed as a more expensive option: the investment managers can at times charge higher fees, while tools such as gearing can add to costs even if they also have potential to boost returns. Yet it can be worth checking the costs in each case: Hughes notes, for example, that Polar Capital Technology Trust looks to be the cheapest option. This attraction is even greater when the trust’s shares also trade on a discount.

Fees, generally, can be a moveable feast. A requirement for asset managers to publish yearly assessments of value have resulted in a sharper focus on fees, and some cuts, when it comes to open-ended funds. Yet trust boards have the power to negotiate fees down as a fund achieves greater economies of scale.