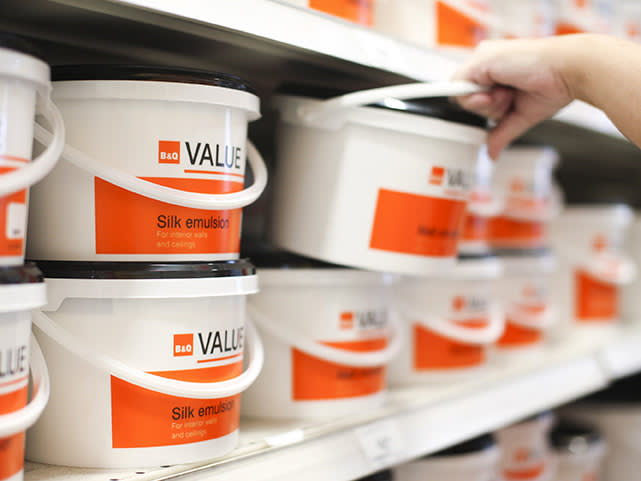 However, the retailer warned of a potential slowdown during the second half due to macroeconomic uncertainty

A surge in home improvement activity and limited disruption to store openings during the pandemic has accelerated the turnaround in Kingfisher’s (KGF) core businesses. Like-for-like sales rose 7.1 per cent at constant currencies, led by the UK and Ireland, as all regions speedily reversed the contraction suffered during the first quarter.

Just over £40m in impairments - predominantly incurred during the 2019 financial year - were reversed, as the performance of stores exceeded expectations. A reduction in other one-off costs registered during the prior year also fed through to operating profits, which more than doubled. The dividend has been reinstated, and management envisages that it will be covered by between 2.25 to 2.75 times adjusted earnings.

Like-for-like sales growth accelerated to 16 per cent during the fourth quarter and 24 per cent since the start of 2021. That has been supported by increases of 150 per cent in ecommerce sales in both quarters.

Changes to the supply chain and IT systems helped more than double ‘click and collect’ sales over the year and online sales accounted for 18 per cent of the group total, up from 8 per cent the prior year. Management said the pandemic had brought forward its shift towards greater online penetration by two years.

The decline in sales for the previously underperforming French businesses - Castorama and Brico Dépôt - was also reversed, as the operations reported growth of 6.2 per cent and 3.8 per cent, respectively. The ‘Fix France’ strategy included changes to the business’s leadership and imbuing local teams with more autonomy over the management of the needs of those brands.

However, while management guided towards ‘low double-digit’ growth in like-for-like sales over the first half, it said the “continued uncertainty related to COVID in continental Europe” and strong annual comparators meant it planned for rates of between -15 per cent and -5 per cent over the second half of this year.

Still, net debt was almost halved and stood at an equivalent of 0.9 times adjusted cash profits at the end of January, compared with a multiple of 2 the same time last year. Liquidity is also high as the group has access to more than £2.2bn in cash and undrawn debt.

Analysts pushed through further upgrades to earnings forecasts this year, with the consensus EPS forecast standing at 23.32p and 25.52p for 2023. Buy.