Auditors need to go back to business basics 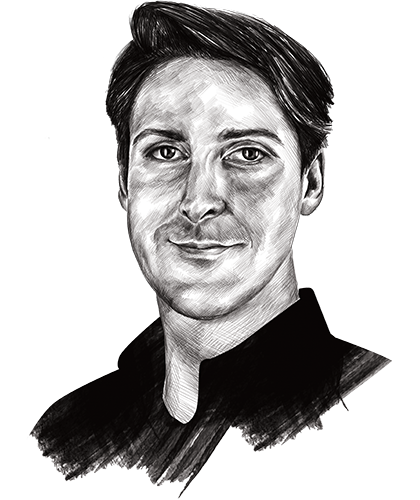 'Tales of a trainee accountant' doesn’t sound like fun and frolics, but the recollections of those who’ve experienced the role are revealing. Many seem to reinforce criticisms raised in response to the white paper into audit and corporate governance just published by the Department for Business, Energy and Industrial Strategy.

Anecdotes from friends and colleagues who’ve been through the graduate programmes at the big four accountancy firms are a limited sample. That said, complaints of rigid, unimaginative thinking; too great a concentration of inexperienced staff on audit jobs; and a lack of confidence to pursue queries paints a damning picture.

There has always been a danger that graduate schemes recruit automatons. Students from too narrow a range of academic disciplines starve organisations of intellectual diversity, a quality essential for asking questions that can’t just be learned by rote.

Diversity is the guiding credo of today’s human resources departments, but for companies to cash in on talent, fostering a culture where people can bring their skills and personality to bear doesn’t stop at induction week. If work becomes about internal politics and climbing the slippery pole, then inevitably conformity rules and a homogenous group of intelligent people can end up working as though they’re in a sausage factory.

Such problems aren’t limited to the big four (PwC, Deloitte, KPMG and EY) and some of the most notable scandals that prompted the three reviews that have led to the white paper involved other auditors. For example, Grant Thornton is being sued for £200m over negligence relating to the 2018 collapse due to fraud of café and cake chain Patisserie Valerie.

The case will surely contest whether the fake supplier invoices central to that debacle should have been spotted by Grant Thornton auditors. Whether or not negligence is found, the bad publicity of this case should cause all firms to ask if they do enough to help in developing their juniors beyond getting them through the challenging exams.

Acquiring a feel for the operations of businesses they examine should be a vital part of accountants’ qualifying journey. Understanding how shop floor realities, marketing and logistics feed through to the numbers is an essential quality that is more likely to help spot financial irregularities in future.

Recommendations for auditors in the white paper have mostly focused on competition among accountancy firms for business, however. The suggestion by one review for firms to be jointly audited by one large and one smaller firm appears to have been ruled out in favour of widening the role for minor players in certain aspects of scrutiny.

Almost certainly the new Audit, Reporting and Governance Authority (ARGA) will be set up and consultations include the possibility of giving it power to appoint auditors when it has concerns. It is possible authorities could also move to cap market share of FTSE 350 audit business. Conflicts of interest between the big four firms’ consultancy and audit work have long been mooted, but the power to enforce a split may be pre-empted in any case.

Governance by the firms being audited is the other focus of the review, with dividends and executive bonuses being scrutinised. Increasing the threat of custodial jail sentences would mark the biggest deterrent to manipulating financial statements. But although that appeals to many people’s sense of justice, clawing back up to two years’ worth of bonuses and imposing fines on directors are the penalties mooted for accounting errors or sloppy reporting that makes fraud easier.

Ensuring that companies have sufficient capital reserves and don’t compromise their solvency position to pay dividends or bonuses is also a priority. These measures would run alongside an overhaul of director responsibility, and there is a recommendation for directors to review internal controls in the annual reports.

Will such measures elicit real change, or is it a case of regulations being window-dressing, ironically in the same way some misleading accounts can be? In any case, rules have always existed to prevent companies such as Carillion, the outsourcing group involved in government infrastructure projects, mis-stating the value of contracts and goodwill.

That ended badly, of course, with auditor KPMG bracing itself for a possible record fine in the next few months over its work on the accounts before Carillion collapsed in 2018 (under the weight of eventual writedowns and imprudent cash management). Questions should also be asked of government procurement, however.

Often the government itself is accused of poor governance and nepotism, as it has been with pandemic-related contracts. Expediencies of the day will always leave some blind spots in oversight. For example, even this white paper is suggesting being less stringent with newly listed companies to help with winning business for the City of London.

Perhaps, keeping an eye on who the short-sellers are gunning for is the best way to avoid the worst company blow-ups.