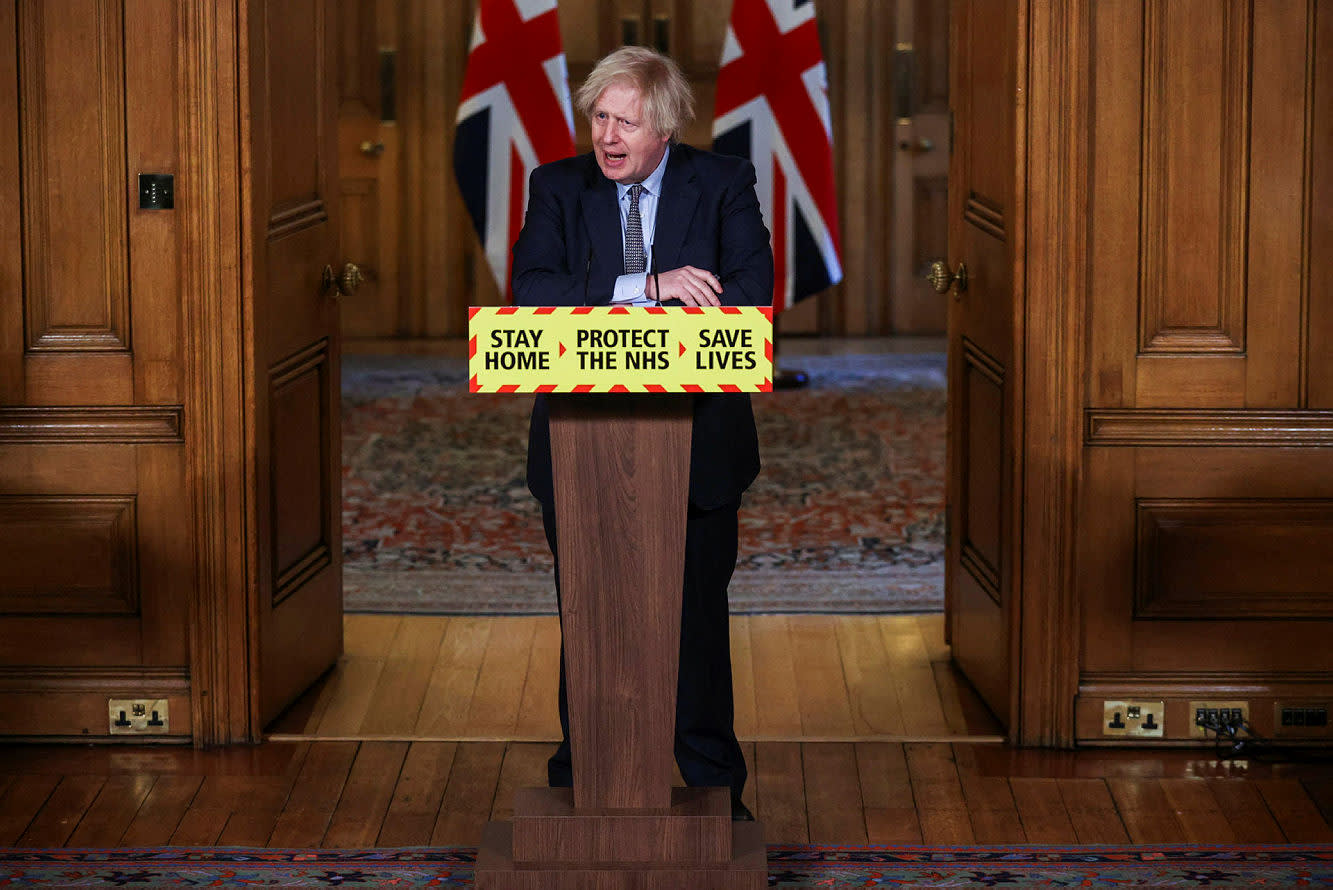 What do today's top business stories mean for your investments?

Softcat vs GameStop - a British victory

Shares in Softcat (SCT: Buy, 24 Mar 2021) soared more than a tenth this morning after the seller of IT infrastructure and services topped half-year estimates. Moreover, management said it expected annual numbers to be “significantly ahead” of its previous expectations.

Softcat’s market has remained resilient during the coronavirus pandemic, it said, but there’s more road to travel; the group estimates that its current share sits at just 3.5 per cent. Read the full story here.

Meanwhile, a retailer with a similar aim (sell more stuff online) from the US has released annual results overnight. Is there anything in GameStop's numbers to suggest that the short sellers had got it wrong and the Wall Street Bets crowd might have picked a hidden diamond when they ploughed into GameStop earlier this year?

No. These are a set of results typical in an ageing retailer which has failed to shift its business model to suit the times. The share price has fallen 12 per cent so far in response to these numbers, but at $180 (up 4000 per cent year-on-year) there is surely a lot further to fall. The best course of action (even for those who bought in near the $400 mark) is surely to ditch these shares before they keep falling? But then markets - and GameStop in particular - seems to be trading purely on sentiment, rather than fundamentals. That hasn't stopped us attempting to analyse these numbers with the precision and depth our readers would expect, but perhaps the best course of action is to check the message boards before making your investment decision.

Can former bricks and mortar retailers turn their fortunes around to reflect the new dynamics of the market? Perhaps you should ask management at Games Workshop. Read our full analysis of the company here.

In recent months European airline shares had started to lift off, rising cautiously from the historic lows that they hit after the coronavirus pandemic first halted international travel.

But this week, that trajectory suddenly reversed. In only a matter of days, the share prices of London-listed Ryanair (RYA), Jet2 (JET2) and British Airways-owner International Airlines Group (IAG) have each dropped more than a tenth from their recent highs.

Why are they reaching for the parachutes now? And should other investors hold on, or get out while they can? Read Oliver Telling’s story here.

A handful of FTSE 100 companies have significantly delayed payments to their suppliers during the coronavirus pandemic, analysis of public documents reveals, amid warnings that large companies are passing the burden of the economic crisis onto smaller businesses.

Investors’ Chronicle analysis reveals how payment practices have slipped at businesses in some of the sectors hit hardest by the pandemic. Read Oliver Telling’s and Alex Newman’s full story here.

The UK government has backed further exploration in the North Sea, alongside a plan to cut carbon emissions from production. Westminster said it would ensure future licences awarded are “aligned with wider climate objectives, including net-zero emissions by 2050”. It also said it will no longer support overseas fossil fuel projects, with “very limited exceptions”.

Westminster said the deal with producers to allow further licensing rounds would support up to 40,000 jobs across the supply chain, largely through a joint sector and government spending commitment of up to £16bn.

The oil price crash last year hit North Sea producers hard, with thousands of jobs lost. The price has ticked up again this year and, in turn, oil producers are now trading more strongly. On the carbon front, they will have to cut operational emissions in half by 2030 for the transition deal to go ahead. Last year, Denmark surprised the oil and gas industry by ending new licence auctions for its North Sea territory. There had been reports of a similar ban coming to the UK.

Meanwhile oil prices moved higher today after a massive container ship blocked the Suez Canal in both directions, which followed the sharp demand-driven fall on Tuesday amid doubts about the demand-led recovery from Europe this summer and another build in oil inventories. Read more about today’s early market moves in this morning’s trader column from Neil Wilson.

Westminster's hotly anticipated tax day took place on 23 March with the Treasury publishing a number of documents and consultations. Chief among the proposals was the removal of red tape for those dealing with inheritance tax and an extension of the social tax relief.

But in other areas Rishi Sunak continues to kick the can down the road. He shied away from any immediate overhaul of the way trusts are taxed, stating that it will instead review specific areas on a “case-by-case” basis for now, while any reforms on the business rates system will be set out in the autumn. Read more about what tax proposals could mean for your portfolio in our overview here.

One bitcoin for a Model 3

Tesla (TSLA) chief executive Elon Musk has revealed that it is now possible to buy the companies vehicles in the US using bitcoin. That right will be extended to consumers in other countries later in the year. The news followed last month’s revelation that Tesla had purchased $1.5bn worth of the cryptocurrency. Musk also said – or rather tweeted - that bitcoin paid to Tesla will be retained as bitcoin, and not converted to fiat currency. And in a further industry development, BNY Mellon (NYSE: BK) revealed that it is investing in a cryptocurrency start-up called Fireblocks, a fintech company engaged in the secure storage and transfer of bitcoin and other cryptocurrencies.

Retail investor numbers continue to surge as the proliferation of cheap platforms makes it easier for individuals to directly buy shares in listed companies. But what difference will this make in AGM season? Not a lot, says Mary McDougall. She’s found that very few private investors engage with the companies they own slices of and thinks that platforms might be partly to blame. You can read her argument in full here.

Bearbull has also commented on a common retail investor dilemma in his article this week: should you lock in capital gains from income stocks by selling some of the shares or keep holding to lock in the dividend? His own income fund suffered this very challenge earlier this year as Anglo American shares surged then fell. You can read how to cope with this problem here.

Although equities have risen faster than house prices since last spring, the ratio of the MSCI's UK index to Nationwide’s index of house prices is still close to its lowest level since 2009 and well below its post-1973 average. Chris Dillow explains why that could bode well for share prices.

The Prime Minister has returned to his old ways. In a meeting of Tory MPs he quipped that the success of the UK’s vaccine rollout was thanks to capitalism and greed. Boris Johnson has since retracted the statements and it is certainly a controversial statement to make on the anniversary of the UK’s first lockdown. But is it true? Companies' desire to generate profits in the future is almost undoubtedly behind the pace of the vaccine development in the last year - sometimes a bit of greed isn’t a bad thing.

But AstraZeneca’s PR woes continue. Neil Wilson, chief markets analyst at Markets.com writes: “Just as Britain’s excess death level falls below the 5-year average for the first time in months, the EU is set to announce fresh rules to allow it to control vaccine exports. Meanwhile after questions were raised by the US National Institute of Allergy and Infectious Diseases (NIAID), AstraZeneca said it will reissue vaccine data within 48 hours - the all-seeing Dr Fauci said the press release from AstraZeneca could be misleading. Another blow to confidence, another PR nightmare for Astra, which has been dogged by doubters ever since it released its preliminary results for the vaccine last year. It’s a lesson in how, no matter how good you are, you need to be good at communicating this to people or they just won’t believe it.”

Is AstraZeneca a victim of vaccine nationalism?

AstraZeneca and the fight against virus variants

Long Covid: Why GSK may have played a better vaccine game than AstraZeneca

Resolute Mining’s (RSG) sale of the Bibiani gold mine is up in the air after Ghana cancelled the operation’s permit. The $105m deal with Chifeng Jilong Gold Mining was expected to have been completed by the end of March, and Resolute’s shares tumbled a quarter on the news. The company said the Ghanaian government told it to “cease all activities and operations” at the site, and that it would seek legal advice on the mining lease cancellation. Interim Resolute boss Stuart Gale told us in January he was focused on cutting the company’s debt. AH

Russian miners are being hoovered up

“Miners with assets in Russia’s far east are getting picked off the London Stock Exchange like teenagers in a horror film,” writes Alex Hamer. Trans-Siberian Gold has just joined the list and there is a key link between this new buyout and the Kaz Minerals and Highland Gold takeovers. Read the full story here.