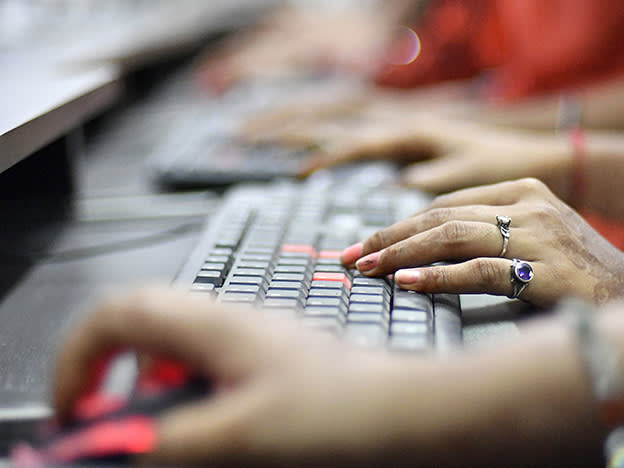 LTG and Dev Clever could be winners in edtech growth – so why did both stocks drop this week?

Opinions may differ, but some take the view that education in the UK is in a state of crisis. Eight in 10 teachers feel that their pupils are not progressing at the expected rate using the current remote learning methods available to them, according to a survey by YouGov. And while that partly reflects a lack of prior investment in educational technology (or ‘edtech’), parents and teachers alike are beginning to question whether the value of in-person classrooms can ever be truly replaced by software.

The same can be said in all areas of education, from universities to corporate training. That might explain why the market seems lukewarm on prospects for Learning Technologies Group (LTG). Its shares slumped 8 per cent on the day of its results, even after the company said that its software business had delivered revenue growth of 13 per cent. But its operating profit fell to £14.9m in 2020, compared with £16.4m the year prior.

The bugbear was the content and services business, which is responsible for platform development and consulting, and accounted for around a quarter of the overall topline in 2020. Its sales dropped 22 per cent as corporate clients delayed big projects – although management anticipates that the division will rebound to pre-pandemic levels this year.

Despite the profit slump, the company struck a very confident tone on the outlook – something reflected in an unmoved final dividend of 0.5 pence per share. That is not to mention the group’s three acquisitions so far this year, on top of buying Open LMS, eCreators and eThink in 2020.

LTG is right to push for expansion now. Prior to the pandemic, demand for high-quality edtech was low relative to the potential that the market held – and fewer calls for product development are likely responsible for the low satisfaction rates that are plaguing British schools. But research firm HolonIQ thinks that global expenditure on education and training will catapult to a whopping $7.3tn (£5.3tn) by 2025, compared with around $5.4tn last year.

The race for scale presents an exciting growth opportunity for relative newcomer Dev Clever Holdings (DEV). The software group listed in 2019 and specialises in cloud-based virtual reality (‘VR’) and gamification tech, with a customer base spread across the educational and commercial sectors.

Unsurprisingly, its revenues more than doubled in 2020, breaching the £1m milestone, as sales in its educational platforms surged. But the group still has not turned a profit, although it managed to narrow its operating loss slightly to £0.9m from £1m in 2019.

Management said that its edtech business “started to gain tangible momentum” in 2020, after it established its own product sales channel. That should provide a solid foundation on which to launch its direct-to-consumer subscription model, according to the company.

That language may ring a bell. Pearson’s (PSON) new head Andy Bird, a former Walt Disney (US:DIS) director, is touting a similar ‘direct-to-consumer’ strategy, designed to capture the burgeoning demand for edtech. But both companies are coming into a highly competitive sector with a new service, against more experienced – and in Dev Clever’s case, much bigger – rivals.

For Dev Clever, staying competitive through product innovation will not be cheap – although its recent raise of net £11.3m, on top of a further incoming gross £6m, should help.

We still think that LTG looks like the more compelling option. The shares may have staggered on results day, but management is playing the long game. The market opportunity is massive, and for now, LTG’s tried-and-tested learning software products are a safer bet than the newer VR tech that Dev Clever is offering.

Broker Numis forecasts that LTG’s pre-tax profits and EPS will reach £48.5m and 4.8p, respectively, in the 2021 financial year, rising to £56m and 5.6p in 2022. We share the company’s optimism that it can turn around trading in its content and service business, and acquiring complementary edtech businesses appears a sensible strategy given the group's potential for scale. Buy.

Meanwhile, it may be too early to tell whether Dev Clever’s technology will take off. But with more money pouring into the sector, we think it would be premature to rule out the possibility. Hold.