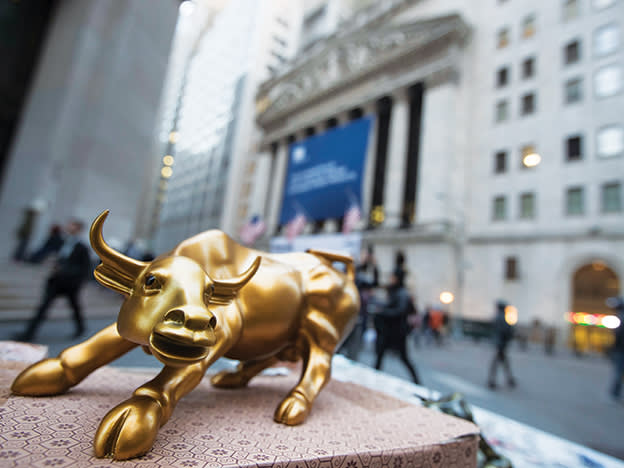 Tap into growth and recovery potential with Premier Miton US Opportunities

Premier Miton US Opportunities is positioned for a US recovery

US equity markets hit record highs again last week driven by strong economic data. Jobless claims were lower than expected, and retail sales’ 9.8 per cent growth in March was higher than the 5.9 per cent expected and the biggest increase for 10 months. The US economy is set to benefit from a $1.9tn (£1.36tn) spending plan, meanwhile, that includes payments of up to $1,400 per person and extended federal unemployment aid. President Joe Biden also plans to spend around $2tn on infrastructure in the US over the next 10 years.

But although the US looks like an area worth having exposure to if you are a long-term growth investor, US equities look expensive. Also, the large-cap multinationals included in indices such as the S&P 500 do not necessarily reflect US domestic growth and you may already have exposure to them via global funds.

So a good solution could be a US multi-cap fund that includes exposure to more domestically orientated smaller companies while not totally avoiding larger companies which may continue to do well despite appearing expensive.

Options include Premier Miton US Opportunities (GB00B8278F56), which can invest in all companies in the Russell 3000 index that accounts for 98 per cent of the US stock market. At the end of March, the fund had 46.5 per cent of its assets in mid-caps and 16 per cent in small-caps, according to data provider Morningstar.

The fund typically holds a much greater proportion of its assets in medium-sized and smaller large companies than its peers, according to analysts at research company FundCalibre. And the fund has historically been more domestically-orientated than the S&P 500 index.

Premier Miton US Opportunities has been run by Nick Ford and Hugh Grieves since launch in 2013. But they have much longer experience of managing US equities, and over 30 and 20 years’ industry experience, respectively. They select companies according to their individual merits rather than due to sector or industry considerations. They look for three key characteristics in potential investments: consistent and sustainable cash flow, being capital-light – generating a high proportion of cash relative to the tangible assets in the business – and the ability to reinvest cash profitably so returns compound over time. They also assess the threat of new entrants to a potential investment’s industry, power of its suppliers and customers, risk of substitutes, and intensity of competition.

“Premier Miton US Opportunities has an excellent, well-defined process, whilst its managers also have the flexibility and pragmatism to adjust the portfolio to different market environments,” comment analysts at FundCalibre. “We like its ability to invest down the market cap spectrum. And the emphasis on capital-light, high-return-on-capital businesses is a good way to invest.”

This approach has paid off. In line with its aim of growth over five years or more, Premier Miton US Opportunities has outperformed the Russell 3000 index and Investment Association (IA) North America fund sector average over one, three and five years. It has also beaten the S&P 500 index over these periods – something that few active funds have managed to do.

The fund's 10 largest holdings are different to those of the S&P 500 index and it has different sector weightings. For example, financials accounted for 17.7 per cent of the fund’s assets at the end of February and information technology 13 per cent, while the latter sector accounts for around a quarter of the S&P 500 index and is its largest sector weighting. Financials only accounted for about 11 per cent of the index at the end of March.

The fund has no exposure to US megacap technology stocks, which have been responsible for the bulk of S&P 500 returns in recent years, after Ford and Grieves took profits on Amazon (US:AMZN) last year. “Although the e-commerce giant’s prospects remain very promising the shares are trading at a near-record high valuation,” they explained in December.

They also sold semiconductor company Monolithic Power Systems (US:MPWR). “We bought a position in the market downturn earlier in the year when the stock’s valuation provided a decent margin of safety,” they explained. “Following a strong rally, Monolithic’s shares now have less upside in our view.”

The fund’s 10 largest holdings include Vulcan Materials (US:VMC), the largest aggregates business in America. It is involved with private and public sector construction, and the latter is expected to increase if President Biden's infrastructure plans go ahead. The stock has already done well, making a significant contribution to the fund’s performance in the second half of last year.

The managers started increasing the fund’s allocation to smaller companies in March last year when the performance of the Russell 2000 index, which is comprised of these, troughed relative to the S&P 500. Ford and Grieves argue that “smaller companies tend to produce strong gains once economic contractions have occurred and investors look for sectors set to benefit from an eventual upturn”.

Last month, they reported that “the fund’s flexible multi-cap mandate has been fully activated in favour of mid and smaller capitalised stocks, where we now have significant exposure. We suspect we are less than a year into what could be, judging by prior cycles, a seven or more year period of small-cap outperformance. The back up in bond yields, in conjunction with a rapidly improving economic backdrop, should favour domestic cyclicals over some of the popular large-cap technology stocks, which have driven the returns of the major indices in recent years.”

The fund is well placed for recovery with 16.6 per cent of its assets in consumer discretionary companies at the end of February, which could do well as economies reopen. Recent additions include Six Flags Entertainment (US:SIX),which operates theme parks. Although extremely profitable in recent years, the forced closure of parks following the pandemic resulted in losses and de-rating of the company’s shares. But Ford and Grieves say: “On normalised earnings, Six Flags’ stock looks excellent value and we expect a strong rebound in business once the economy fully reopens.”

Live Nation Entertainment (US:LYV), meanwhile, the fund's fourth-largest holding, rallied earlier this year after reporting that a number of festivals had gone on sale and demand for tickets was very strong.

The fund typically has 35 to 45 holdings so is relatively concentrated. This increases risk because if a holding does not do well it will have a greater effect on the fund’s overall return than it would on that of a fund with a greater number of holdings. And a number of Premier Miton US Opportunities' holdings are smaller companies which are typically higher-risk than larger companies as these can be less financially strong and at greater risk of insolvency. As a result, smaller companies' shares can experience greater levels of volatility.

There is also no certainty that there will be economic improvement in the US as, for example, setbacks in getting Covid-19 under control could delay or undermine this.

However, no single holding can account for more than 5 per cent of the fund’s assets, to reduce stock-specific risk. Smaller companies have greater potential for growth than their larger counterparts over the long term, and if one of this fund’s holdings does well it should benefit more than a fund with a larger number of holdings would. And, so far, this fund’s managers selection of companies has resulted in the fund overall doing well – regardless of the wider economic situation.

So if you have a long-term investment horizon and can tolerate the volatility that may come with a holding in smaller companies, Premier Miton US Opportunities still looks like a good way to get exposure to US domestic potential and long-term growth. Buy.