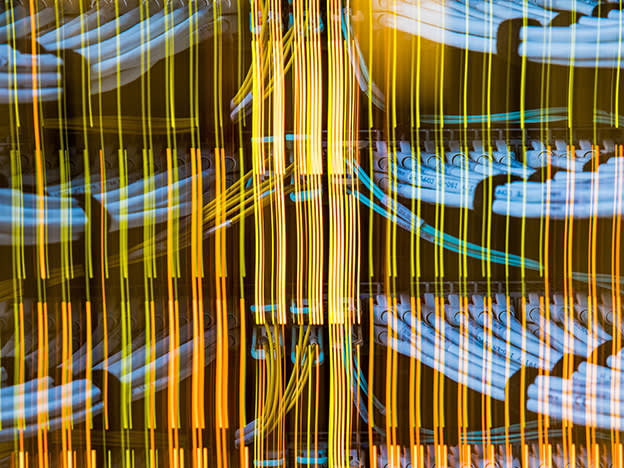 Britain ready to take a lead in golden era for fintech

Britcoin could be around the corner. In his opening address to UK Fintech Week last Monday, Chancellor Rishi Sunak announced the creation of a Treasury and Bank of England taskforce to examine the possibility of a UK Central Bank Digital Currency (CBDC).

Control of the monetary system and the supply of currency is the preserve of the Bank of England, although the Treasury will work closely with them.

More broadly, the fintech conference touched upon many aspects of Sunak’s remit, at the heart of which lies fiscal policy (taxes and government spending). An interesting subtext to this year’s conference was how fintech will benefit from the UK’s post-Brexit industrial strategy.

The chancellor referenced the fact that the UK received $4.1bn of fintech investment in 2020, more than the next five European countries combined. Fintech is evidently a priority for the government and we can expect a more detailed response to last year's Kalifa Review soon.

Levelling up investment in the regions is a poster element of Westminster's agenda but, internationally, reforms to UK capital markets are more significant. Expectations were palpable among presenters at the event and there seems to be a genuine opportunity for the UK to become a global leader in attracting listings from exciting start-ups.

London markets could potentially become the financing launch pad for businesses innovating to revolutionise how the system itself works. This was also mentioned by the chancellor, who spoke of setting up a 'sandbox' for firms offering solutions to improve financial markets infrastructure through distributed ledger technologies (DLTs).

The other side of the coin is the regulatory challenge. The Wirecard scandal rocked the fintech industry last year and other aspects of financial innovation have attracted intense scrutiny. Pertinently, given the government’s desire to court tech and financial companies, former prime minister David Cameron’s lobbying on behalf of supply chain finance firm Greensill Capital before it collapsed raises serious questions about politicians developing cosy relationships.

Then there is privacy, an area where regulation and security must go hand in hand to continue the acceleration of fintech adoption. In the west, this is about consent and consumers’ desire to demarcate aspects of their professional and financial identity from their personal lives so that businesses cannot pry. Elsewhere, the fear is information gleaned from centralised digital currencies, and that the vast quantities of data created by payment systems will be used by governments to suppress individual freedoms.

Momentum is gathering behind CBDCs

Since the Bahamas launched the Sand Dollar in 2020, further progress is being made by larger central banks and it seems only a matter of time before central bank digital currencies become widespread.

There are significant implications. Just within the crypto asset universe there is the ability of CBDCs to disrupt so-called stablecoin assets. These coins, which claim to offer guaranteed value equivalence to fiat currencies, have become useful ways to replicate more stable base currencies when trading other crypto assets. The problem is that stablecoins are difficult to verify and aren’t regulated, so CBDCs would make a better alternative.

Use of CBDCs by third parties is a form of power projection. Backed by the unique selling point of British law, and the currency being issued by the UK as a relatively stable economy, it is possible that Britcoin could become accepted between nationals with no connection to the UK, trading in assets that are not normally denominated in sterling.

It might sound like fantasy, but there is an argument that CBDCs could have potential to disrupt the global monetary system, making it multi-lateral as opposed to a fiat system that depends on the US dollar. That would be positive for China, which is leading the way with its e-renminbi CBDC.

The power of payments

Data is the most valuable asset for many payment systems. Combined with control of the CBDC ledger, that is incredibly powerful. China’s eagerness to make Ant Group, the world’s largest fintech and the owner of the Alipay payments service, hand over its database attests to that.

In fairness, the experience of payments in the west, specifically the Wirecard debacle, demonstrates that governments need to keep a firm eye on oversight and regulation. The €1.9bn fraud at the German payments bank, which provided infrastructure for fintech payment apps across Europe and Asia (the Asian business is subject to other allegations), has shaken confidence.

That said, it is possible that technologies such as blockchain ledgers will make nefarious activity harder in the future. Enthusiasts at the fintech conference could point to Amazon (US:AMZN) and Goldman Sachs (US:GS) partnering to offer small businesses credit cards, the rise of the Stripe payment service and the open banking solutions being championed by the likes of the app 'Plaid' as part of inexorable progress.