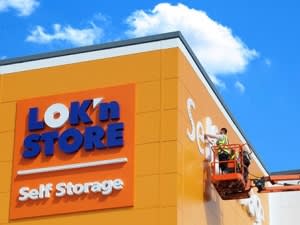 An “unprecedented” rise in occupancy drove Lok’n Store’s (LOK) adjusted cash profits up almost a fifth during the first half of the year.

Occupancy rose to almost 82 per cent, up from 67 per cent in January last year. That offset a 2.6 per cent decline in occupied unit pricing, as price increases for existing customers were paused due to the pandemic.

Ebullient trading, combined with the opening of a Leicester store, meant the adjusted net asset value of the portfolio was pushed 7 per cent higher. Peel Hunt upgraded its NAV forecast for the 2021 financial year-end by 3 per cent to 583p a share.

A secured pipeline of 13 sites is expected to boost the portfolio space by 38 per cent over the next two to three years. It will also increase the proportion of stores managed on behalf of third parties, which will not only remove the need for the group to commit capital but also bring higher margins than leasehold sites. The shares trade 3 per cent higher than forecast NAV, which leaves them looking good value compared with the far larger premiums attached to peers. Buy.