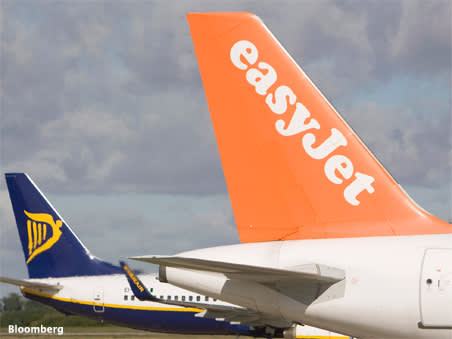 Portugal the one bright light for easyJet

Will the lights turn green in time for the summer season?

The airline industry has been in a holding pattern for longer than memory serves. Probably the last time when skies were this clear was in the immediate aftermath of the 911 attacks, or perhaps when Iceland’s Eyjafjallajökull volcano erupted in 2010. But those were temporary effects. The challenges posed by the travel restrictions put in place after Covid-19 took hold are different in terms of scale and the financial pressures faced by carriers across the globe.

To bear this out, the latest analysis from the IATA points to a post-tax industry loss of $47.7bn (£33.8bn) in 2021, admittedly an improvement of sorts on the $126bn aggregate loss for last year when global passenger numbers fell by 60 per cent.

But beyond the losses, the real problem for the carriers has been the scale of the cash outflows, with the cash-burn for this year estimated at $81bn. Most large airlines have raised enough capital to cover their medium-term cash commitments, but many of the smaller carriers had weak balance sheets and poor liquidity prior to the pandemic, so further government intervention and/or industry consolidation is likely. State aid provisions have already gone out the window as several European airlines, most notably Alitalia, AirFrance/KLM and Lufthansa, were kept afloat by various national governments within the European Union.

Much depends on how rapidly and the extent to which utilisation rates improve, with the clinical situation on the ground – and resultant regulations - the chief determinant. The IATA analysis estimates that the global passenger load factor (as a proportion of available seat miles) will come in at 67 per cent for 2021, roughly in line with the prior year, but substantially down on 2019 despite widespread route cancellations.

With negligible growth in international air traffic forecast for this year, airlines with a higher proportion of domestic routes are set to outperform the wider industry. That’s good news for carriers stateside, but the European short-haul market has been badly hit.

You get a fair reflection of this through Ryanair’s (RYA) March year-end figures which detailed an 81 per cent fall in revenue to €1.64bn (£1.41bn). The budget carrier revealed that traffic numbers fell to 27.5m from 149m (pre Covid-19), along with a 24-percentage point decline in the load factor. All of this was largely predictable, yet management felt unable to provide any meaningful guidance for FY22 given the variables at play.

The group is hoping to take delivery of the first of its Boeing 737-8200 fleet by the end of the month, an aircraft that management believe will “further widen the cost gap between Ryanair and all other European airlines for the next decade”. The group has always employed narrow-body aircraft to serve its short-haul routes, but the Boeing model offers further benefits in terms of fuel consumption and reduced greenhouse gas emissions. That last environmental point is salient given that some long-haul airlines were already looking to delay widebody deliveries, or cancel existing orders, even prior to the pandemic.

The last thing airlines need is yet more planes sitting idly with international travel still on life-support. The Financial Times estimates that mothballing an aircraft can cost as much as $30,000 depending on the specific maintenance requirements.

On current rates of take-up, it is thought that around three-quarters of the population in North America and Europe will have been vaccinated by the third quarter. But though there is undoubtedly pent-up demand, with thousands of holidaymakers already booked for travel to “green list” countries, the fear is that the industry won’t see the full benefits of the key summer holiday period, adding further pressure on industry balance sheets. We’re nearly into June and the official government line is that you should avoid travelling to traditional summer holiday hotspots, such as Spain, France, Italy and Greece, unless you have a compelling reason to do so.

However, Portugal, another popular destination, made it on to the government’s list of countries without travel quarantine restrictions. That’s certainly good news for easyJet (EZJ) given the number of flights it normally runs to the country. Management said the airline is capable of ramping-up operational capacity to 90 per cent of its current fleet in a short space of time. Indeed, the carrier added 105,000 seats subsequent to the announcement of the green light destinations.

Like its rival Ryanair, details of easyJet’s March interim figures make for grim reading: a headline loss of £701m; a 26.6 percentage point reduction in the load factor; and an 89 per cent fall in passenger numbers. All predictable in a sense, but any further easing of restrictions is unlikely to trigger a sudden return to pre-pandemic volumes, so the airlines will probably have to endure another lean season, with “liquidity” remaining the watchword for the industry. Prospects remain intertwined with the clinical situation on the ground. And until we have clarity on that front, the sector is best avoided. Sell.