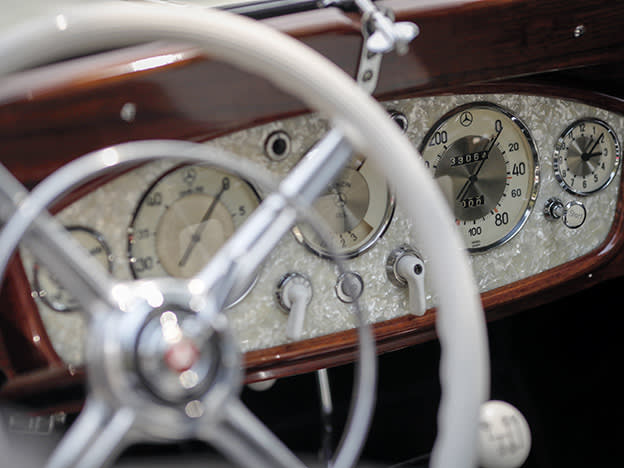 The group has reaped the benefit of careful balance sheet management and rising demand for used cars, but competition looms on the horizon

Car sales platform Auto Trader (AUTO) posted a very solid set of full-year numbers which, despite the impact of the pandemic, generated enough cash to turn a net debt position of £282m into a net cash surplus of £10m by the year end.

Auto Trader is rightly lauded for the deep economic “moat” around its business; namely, a combination of high brand recognition and a business model that survived the switchover from legacy print advertising to a fully-fledged, full service online car sales business. However, while Auto Trader easily beats competitors such as BuyaCar into a very distant second place, any “moated” market is vulnerable to change form a well-funded and aggressive disruptor – and one could be about to appear on the horizon.

Operationally, Auto Trader benefited from adaptation that car retailers applied during the year, with more sales moving online as forecourts were closed to the public. The overall decline in revenue of 29 per cent was due mainly to a four-month free advertising offer, along with one month at a 25 per cent discount.

The overall demand squeeze played a part in the underlying £87 rise in average revenue per retailer, though on a reported level this fell by 32 per cent to £1,324 because of discounts. The company’s high level of operational gearing caused operating profits to fall by 38 per cent to £161m. But the board had the confidence to reinstate its capital allocation policy of returning one-third of net income to shareholders.

The fact that Auto Trader shareholders can look forward with a certain amount of optimism is due mainly to some to very strong data coming out of the second-hand car market.

Consultancy Cox Automotive currently places demand at roughly 50 per cent higher than available supply at a factor of 90.4, with supply registering at 62.4. The scene would seem to be well and truly set for significant upward price pressure on second-hand vehicles, giving fuel to worries that as the economy recovers from lockdown, pent-up demand will lead to consumers chasing prices higher, thereby pushing up inflation. Car Dealer magazine reports that dealers have been taken by surprise by the demand for second-hand vehicles and that prices are rising by “thousands” in the space of just a month.

The Society of Motor Manufacturers and Traders (SMMT) was slightly more cautious in its last set of figures for the first quarter this year. “While March’s performance suggests there is some pent-up demand, this is against a weak month last year, so its true extent remains to be seen," the trade body opined. "The second quarter will see significant growth as last year’s April and May markets were severely limited by lockdown measures.”

New car sales by contrast, seem to be coming back much more gradually. The SMMT’s current forecast – which will be updated again in July - is that new car sales will rise by 13.9 cent on 2020’s total to 1.63m units, still well below the 2.3m sold in 2019. Paradoxically, the strong prices for second-hand vehicles means customers are getting better monthly repayment deals for new cars on the back of higher vehicle trade-in prices.

Overall, the likes of Auto Trader look set for a memorable year ahead but there are reminders that no business can rest on its laurels.

One of the more interesting special purpose acquisition company (SPAC) mergers this IPO season was between online dealer Cazoo and SPAC vehicle Ajax1, which plans to list fully on the NYSE with an estimated enterprise value of $7bn (£4.9bn). Cazoo, led by Alex Chesterman of LoveFilm and Zoopla fame, is heavily backed by the Daily Mail and General Trust (DMGT) and Draper Esprit (GROW), and claims that sales have nearly tripled in one year. It currently loses money but, with deep pockets and plenty of time, it could pose a significant threat to Auto Trader’s future dominance of the UK car sales market.

In the meantime, so long as Auto Trader continues to beat the forecasts, investors will value its combination of conservative cash management and natural defensiveness, which is partly why the shares are trading at an underlying PE of 27. Move to hold.