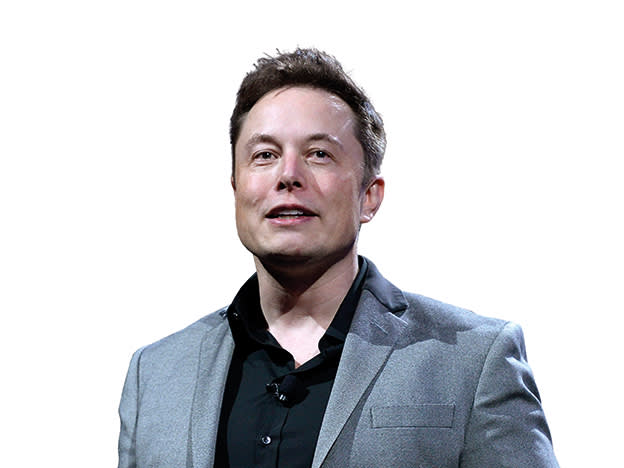 A government programme spent millions every month subsidising the cost of Tesla’s (US:TSLA) high-end cars for UK consumers, new figures show, prompting concerns that taxpayers' money is not being used efficiently to back the energy transition.

An Investors’ Chronicle analysis has found that state grants for Tesla motors soared as their popularity rose last year, before the government decided to exclude expensive vehicles like those sold by Elon Musk’s company from the scheme in March. Now industry watchers are questioning whether these incentives were necessary in the first place, arguing that Tesla will continue to lead the UK electric car market even without the grants.

According to the IC’s review of public disclosures, the transport department spent at least £61.3m lowering the price of new Tesla cars for UK drivers in 2020 — equivalent to almost £1.2m per week. That’s 66 per cent more than it spent in 2019, reflecting a surge in sales of Tesla vehicles in the UK after the company launched a right-hand drive version of its popular Model 3.

Tesla is not the only carmaker to benefit from the state funding — since 2011 the government has invested at least £1.1bn in the scheme, which currently aims to incentivise sales of zero-emission vehicles by paying up to £2,500 of the purchase price for plug-in vehicles. But, as Brits rushed to snap up Tesla’s trendy motors, the taxpayer has recently spent far more subsidising its cars than those made by other companies.

Of the 19 carmakers identified by the IC as beneficiaries of the scheme in 2020, none received as much as Tesla through the programme. That year, the transport department paid more than twice as much to Musk’s company as it did to BMW (DE:BMW), Renault (FR:RNO) or Hyundai (KR:005380) — manufacturers that have all produced more affordable electric vehicles than Tesla. Now analysts and campaigners say the initial decision to include higher-priced cars in the scheme was an oversight by the government.

The government in March decided to lower the maximum price of cars eligible for the subsidy from £50,000 to £35,000. The Model 3, which has become the most popular pure electric vehicle on UK roads, is available new from about £40,000. Such higher-priced vehicles, the government said, are “typically bought by drivers who can afford to switch without a subsidy from taxpayers”.

That decision came weeks after a critical report by the National Audit Office questioned the effectiveness of the grants. It pointed out that almost half of the low-emission cars bought since 2019 were not eligible for the scheme, either because they were too expensive or emitted too much carbon, suggesting that the subsidies are not a significant incentive to consumers. Even with the grants, it added, zero-emission cars remain £13,000 more expensive on average.

Tesla’s huge funding from Whitehall underlines how much the transition to electric cars is being driven by public as well as private investments; the UK government is not the only one scrambling for ways to encourage purchases of plug-in motors.

Because of their higher production costs, these vehicles are still more expensive to buy in most places, and sales for electric carmakers in a given country are largely dependent on the size of the subsidies available. In Norway, where the government has exempted electric vehicles from VAT, road tax and the country’s hefty vehicle purchase tax, more new electric cars have been sold this year than conventional motors.

Tesla, whose success made Musk the wealthiest person in the world in January, has previously come under fire from those who say its growth has been fuelled by the generous state initiatives it benefits from worldwide. In 2015, the Los Angeles Times found Tesla and other businesses run by Musk had benefited from an estimated $4.9bn (£3.5bn) of support from various government programmes.

But, according to independent automotive analyst Matthias Schmidt, Tesla’s exclusion from the UK scheme is unlikely to impact the company’s popularity in its biggest European market: the grants, which in 2020 were capped at £3,000, were only a fraction of the retail price for Tesla cars. More importantly, many electric vehicles in the UK are not sold to individuals but as company cars, and businesses should continue to be drawn by the tax benefits available on all zero-emission vehicles.

The cutbacks to the scheme will be more concerning to traditional carmakers, who are under pressure to boost their production of electric vehicles after fines were introduced for those that do not meet CO2 emissions targets. Schmidt pointed out that some of these manufacturers reduced their prices almost immediately after the changes were made to ensure they still qualified for the scheme, while Tesla maintained its prices above £35,000.

“It was almost proof that [Tesla] are confident enough that they do not need the subsidies,” he added.

Responding to the figures compiled by the IC, a spokesperson for the Department for Transport said the grants had been “refocused” on more affordable cars because that is “where most motorists will be looking and where taxpayers’ money will make more of a difference”.

Tesla did not respond to a request for comment.