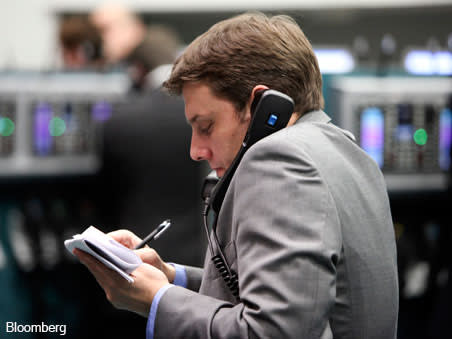 Retail investors should remain cautious as sentiment turns up

Credit investors are smarter than their counterparts on equity desks. It’s a bold statement but not an uncommon view, based on rising corporate bond yields being a precursor of trouble. If credit prices have sold off first, the simple argument is bond investors saw the difficulties for companies coming earlier.

On the secondary market, with the due diligence written into covenants, credit investors are asking just one question at the micro level: will this company stay solvent and remain a going concern until the bond is redeemed? Thanks to coupons and the return of the principle being a fixed amount, nothing else matters to them (apart from moral considerations to do with the issuer’s business).

Contrast that with equity investors. They are constantly assessing whether and by how much profits will rise; costs and margin progressions; how much free cash will be left after investment (and interest payments) to pay dividends with; what is the fair value of assets?

Credit investors are even helped in their task by ratings agencies such as Moody’s, Standard & Poor’s, and Fitch, who assign credit worthiness scores to issuers. Now ratings also account for environmental, social and governance (ESG) factors and specific risks such as assets being stranded due to climate change.

Yields on corporate credit should offer a spread over the rate on government bonds from ‘risk-free’ issuers. What investors are looking out for is whether that’s rising or falling and why. Credit spreads tighten when there is more risk-on sentiment in the market and they should widen as investors become fearful. Although recent monetary policy has turned that convention on its head somewhat.

Credit as an asset class did phenomenally well in the pandemic (i.e. the prices went up and yields fell). Central banks were prepared to directly buy corporate bonds and extend emergency short term funding lines to companies. Furthermore, governments were so fearful of an economic depression, that they subsidised workforces with furlough schemes.

This meant that despite the worst economic conditions in living memory, investors saw companies kept on life support. The result has been a compression in credit spreads with falling disparity in yields between safe government debt and corporate bonds across the quality spectrum.

Although the likelihood of default was decreased thanks to central banks’ support for credit markets, vulnerable sectors have nonetheless been downgraded by ratings agencies. In the case of large energy companies, sentiment by investors has worsened since the early days of the pandemic. Doomsday sell-offs were averted then, but a dismal trading environment over the last 12 months has become entrenched in investors’ thinking.

With a rising oil price, the consensus view of energy companies is brightening going by share prices, but credit quality has deteriorated.  Analytics firm Credit Benchmark brings together internal credit risk views from over 40 financial institutions to provide aggregate consensus ratings. Their data for the end of June showed views on credit quality of UK energy firms declined 2 per cent between March and April.

Credit Benchmark’s ratings have default risk at 51 basis points (or 0.51 per cent) likelihood for large UK energy businesses. That’s worse than the 42 basis points (bps) in June 2020 at the most uncertain stage of the pandemic but still better than UK large cap stocks as a whole (64 bps). In the United States, where confidence for the oil & gas industry had fallen even more drastically, views on credit are no longer worsening.

In retail, another sector associated strongly with recovery, Credit Benchmark’s aggregate data had the likelihood of default for UK-listed companies at 101bps but that is unchanged from May figures which were an improvement versus April. For the whole corporate universe, the figure is 81bps.

Credit investors now face the challenge of picking securities where the improved outlook offers decent value. There is also a danger, thanks to rates being forced higher by inflation and expectations that interest rates could rise sooner than previously thought, that credit of an improving quality could sell-off anyway.

Technical specifics are a headache that should be left to institutional portfolio managers, but retail investors may still want to remain underweight in their exposure to corporate bond funds. Quality credit is an asset which long-term, balanced portfolios should have exposure to, but for now there is a lot of shaking out to be done before fund managers have an easier time picking up quality at attractive valuations.