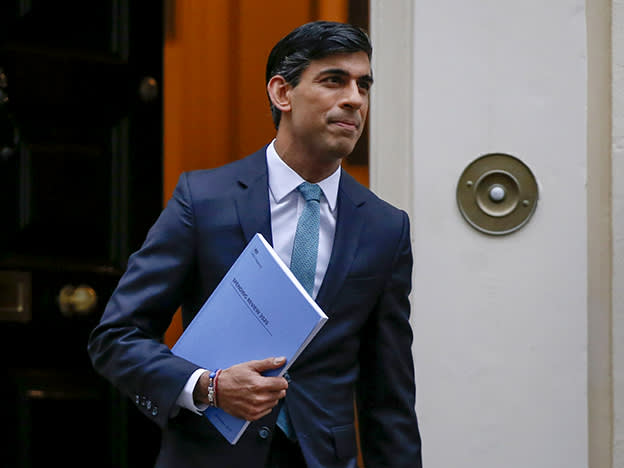 If the interest rate is too low, uptake will be weak; too high and taxpayers might well complain

The UK’s state-owned personal savings bank has announced plans to sell up to £15bn-worth of green savings bonds to the public. National Savings & Investments (NS&I) will offer the bonds for a three-year fixed term, in a bid to raise cash for government-approved projects to fight or adapt to climate change.

Individual savers will be able to invest between £100 and £100,000, though the bank is yet to confirm the interest rate.

The plan, first teased by the chancellor Rishi Sunak in his March budget, has echoes of the ‘British recovery bond’ idea put forward by Labour leader Sir Keir Starmer in February. At the time, Starmer suggested the sale of a retail bond would help to connect the billions of pounds of savings accrued during the pandemic with the need to invest in local communities and jobs, as well as science, technology and manufacturing businesses.

As with Starmer’s plan, the launch’s success would ultimately need to clear two high and arguably conflicting hurdles. These are the need to sell debt at a price that represents value to the taxpayer, but at a sufficiently high yield to entice savers.

Failing the former test would leave the government open to the charge of paying over the odds for finance. On 1 July, the day after the NS&I scheme was formally announced, the UK’s Debt Management Office sold £3.5bn Treasury gilts maturing in 2025, following an auction that was more than two times’ oversubscribed.

The average accepted price – also known as the non-competitive allotment price – was 0.281 per cent, with most of the debt placed with bidders below that level.

That’s far short of the highest-paying three-year savings accounts in the market today, and helps to explain why state-owned savings bank NS&I slashed the interest rates on many of its products last November. Put simply, cheaper debt capital is available.

But NS&I still has a massive deposit base to potentially draw from. According to Paragon Bank (PAG), whose three-year savings account pays a fixed interest rate of 1.21 per cent a year, UK savers have more than £800bn in accounts that pay less than 0.25 per cent.

To lure away some of this cash, NS&I would need to offer a higher savings rate than the broader market and even its own product range, which includes a direct savings account paying 0.15 per cent, and lottery ticket-like premium bonds.

This could prove a challenge. While the government recently sold £8bn-worth of bonds to institutional investors at an interest rate of 1.25 per cent, these mature in thirty years’ time. Though the 100 per cent government guarantee attached to the bonds are an attraction for many, returns are likely to be the key driver of investor appetite.

“The timing may well be wrong for revealing the rate right now,” said Sarah Coles, a personal finance analyst at Hargreaves Lansdown. “Over the past few weeks, smaller banks have been competing hard at the top of the fixed rate savings tables, pushing the most competitive rates up. This is likely to die back as these banks fill their coffers, so NS&I may want to announce the rate at a time when it compares favourably to the best on the market.”

Concerns around inflation could also help to explain why the Treasury is biding its time. Just as the NS&I was unveiling its green bond, the Bank of England’s economist Andy Haldane left his job while issuing a broadside to his central bank colleagues, who he believes are underestimating the risk of rising prices and an overheating economy. Haldane expects inflation to be close to 4 per cent, double the BoE’s target, by Christmas.

Rising inflation is often a worry to owners or buyers of fixed interest rate debt, as a depreciating currency erodes the value of both future coupon payments and the original investment. Unfortunately, savers hoping that the green bonds might offer protection against rising inflation – via interest payments linked to the Retail Price Index inflation – shouldn’t hold their breath.

“Green savings bonds will not be inflation-linked,” an NS&I spokesperson confirmed to us.

This may not be terminal. Indeed, it is possible that by creating a direct link between savers and projects that will help the UK meet its legal commitment to hit net zero by 2050, the Treasury is hoping investors might settle for rates below the top of the market. For some, participating in a new culture of green bond ownership – and helping to fund zero-emissions buses, hydrogen power research and forest planting – will be a big draw.

Others will also want more detail. NS&I’s announcement also falls well short of what a debt investor would consider a proper prospectus for spending. This immediately drew criticism from the opposition. “We need far more details and a watertight guarantee that these bonds are spent properly on the green jobs and initiatives that will curb climate breakdown,” said Bridget Phillipson, shadow chief secretary to the Treasury.

NS&I has said it will release funds equal to the bond sales bonds to green projects within two years, and periodically report on how the money is spent, and the environmental benefits.