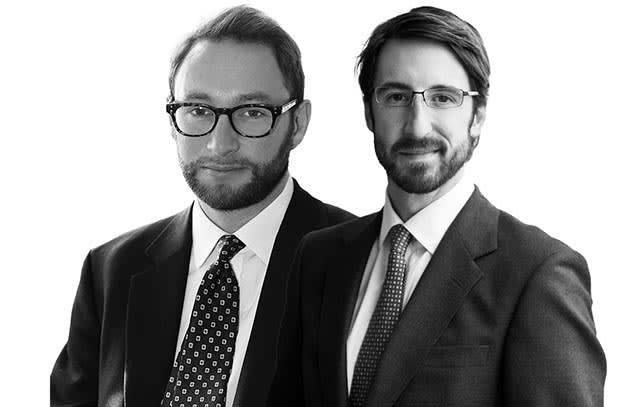 The value of a consistent approach

Value style investing has done better over the past few months

Value style investing – picking stocks which appear to trade for less than their value – has been enjoying a resurgence over the past few months after a very difficult decade. This has benefited funds, including Schroder Recovery (GB00BDD2F190) and Schroder Global Recovery (GB00BYRJXP30), which have also done well over the long term, albeit with very rocky patches along the way. Their managers say that part of the reason for this is because they stick to their value investment approach, which includes taking advantage of investors’ behavioural biases such as loss aversion.

"We define [value] as the cheapest 20 per cent of the world – whatever metric you want to use," says Nick Kirrage, co-manager of Schroder Recovery and Schroder Global Recovery. "That could be a price-earnings (PE) ratio, price to book or dividend yield. We tend to prefer a cyclically adjusted price-to-earnings ratio (Cape) but they all hedge you in the right direction. Philosophically, we think value investing is doing what others don’t, won’t or can’t because it's psychologically too difficult to buy things that might make you look silly. Going where people are too scared, cautious, nervous and in some cases angry, to go and looking to see whether there are attractive bargains. Humans, on average, feel a loss about twice as badly as the joy of a gain. So investors tend to be much more focused on avoiding losses than making gains. And when things become a bit hairy or uncertain, [they] tend to sell first and ask questions later. And the more scary things are, the more quickly [they] sell and the more aggressively things get mispriced. That’s the bias we are taking advantage of."

They also look to take advantage of recency bias.

“Human beings overweight the most recent evidence so extrapolate what’s happening today, and can lose attachment with history and data,” explains Simon Adler, co-manager of Schroder Global Recovery. “But by taking a longer-term approach we can often take advantage of that recency bias. We try [to make] a dispassionate appraisal of both the risk and value of a share. We assess what a company’s worth and our chances of losing capital in that investment. And every now and again we find one with an asymmetric trade off between up side and risk.”

The funds’ recent outperformance has been driven by holdings in areas such as banks, energy and cyclical companies – some of the things which had previously caused them to underperform. Kirrage and Adler particularly like banks in Europe, and Schroder Global Recovery’s 10 largest holdings at the end of May included ING (NET:INGA) and UniCredit (ITA:UCG).

“At a time when interest rates are very low, the yield curve is very flat and people say it is incredibly hard for banks to make money, they are making very good levels of pre-provision profit,” says Adler. “If interest rates rise the impact will be very considerable on banks’ bottom lines. And even at today’s level of profits the valuations are very attractive. Also, the way people bank has changed. Online banking gives huge opportunities for cost cutting, as we’ve seen in Scandinavia, so the opportunity for profit growth is very significant. And you’re paying nothing for that. You’re paying a very attractive price on today’s banking profits. And they’ve got the highest levels of capital they’ve had for a generation. They have been reducing risk ever since the financial crisis, retrenching into their core markets and best bits of business, and reducing the levels of risk they’re taking.”

“Barclays [has] for a long time been a bit of a black sheep,” says Kirrage. “It didn’t have quite as a good balance sheet as [some other banks] and had doubled down on investment banking at just the wrong time. It had a European franchise that nobody really wanted but sold the goose that laid the golden egg with its iShares business sale to BlackRock. Barclays was trading at a valuation that reflected that. But suddenly people are looking at the benefits of having a diversified business model. And we’re having a bit of a mergers and acquisitions boom for the first time in many years which Barclays is benefiting from. It’s had to miss one year’s worth of dividends – as many banks have – which has been painful for shareholders. But it's now got some of the highest levels of capital it has had for decades. Also, banks tend to be oligopolies – four or five [tend to] control mortgages and current accounts in local markets and the barriers to entry are very high – it’s quite hard to recreate a bank. There are attractions to banks that people are overlooking. We don’t ignore the headwinds, but we like paying a very low price for something with a good looking balance sheet and decent dividend yield that we think will be around in five years.”

“We focus on where the most attractive shares are,” says Adler. “When we look in the US, for example, which we spend considerable amounts of time doing, we find it very difficult to find shares which we think are attractive. As valuations have risen in the US our weight has reduced. But the UK has lots of attractive shares – the likes of oil, banking and mining. We don’t think the oil companies or the banks in the US are as attractive. We go where we think we will find the most attractive risk/reward which today is more in the UK than the US.

“Royal Mail [has] not only had a cyclical downturn because of Covid, with letters falling off a cliff but [also] a structural concern [as] email and electronics mean that we are not going to be using letters,” says Kirrage. "As a result, people have been running a mile from that [company] – last year it had some very dark days. But it’s also exposed to one of the most positive and growth trends that you are going to get [home deliveries and] a lot of these deliveries are coming via Royal Mail. It has one of the pre-eminent franchises in the UK with Parcelforce. [With] businesses that have been around a long time the only time you can genuinely push through meaningful change is when people think things could end permanently. That allows [for] structural long term improvements. Royal Mail has to change because its business model is changing, and they’ve been able to push that through. And the rebound has been much more rapid than we thought.”

Another area in which the funds have many of their assets relative to indices is energy.

“Energy is slightly in the eye of the storm,” says Kirrage. “You’ve got the cyclical downturn and less transport because of Covid, the oil price collapse, and people concerned that everybody is setting a target to become carbon neutral. [But] there is a profound structural shift going on in these businesses in terms of where they allocate capital. We will [still] need oil so there will be a return to be made as we transition [to clean energy] . And that will give these businesses the time to generate the cash to reinvest in the more attractive parts of their businesses, potentially. Many of them are pretty conservatively financed and they understand they have to pay their investors to wait so there’s a very reasonable income stream and dividend yields in excess of 5 per cent in many cases.

One of the biggest pitfalls of value investing is falling into so called ‘value traps’ so working out whether a company is good value is crucial. Kirrage and Adler try to avoid doing this with 'a lot of analysis' and 'deep and involved work.'

Adler says: “We assess what profits we think a company can make across an economic cycle, history, what changes are happening in the world and what the [company’s] competitors make.”

But, as Kirrage says, "nobody gets it right 100 per cent of the time." Investments which didn't work out for them include retailer Debenhams which was bought by online retailer Boohoo (BOO) earlier this year and has shut all its physical shops.

“We probably misunderstood two issues,” says Adler. “One was the structural threat of the weakness of the business itself, in terms of its stakeholder management and the quality of the franchise. And secondly the weakness of the balance sheet because of the long lease liability. We knew that it was up against it and was high risk, [but] the [potential] upside was very considerable, so we thought that trade off was worth taking. But the liabilities were greater, and the structural threat and weakness of the business were worse than we thought. [So] when we look at retailers now, we look with a very critical eye at the length of lease liability, and the balance between structural threat to the business and its balance sheet. Can it survive, and adjust and adapt with time?”