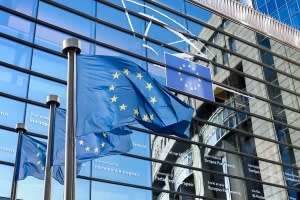 The Trader: European stocks slide in wake of Fed minutes

Shares in London are down sharply in early trading

European stock markets continue to trip the ranges – sliding sharply this morning following yesterday’s jump. The FTSE 100 dropped 1.3 per cent in early trade to the 7,050 level, whilst the Euro Stoxx 50 declined 1.7 per cent to test 4,000. Asian shares were broadly weaker overnight, with a steep fall in South Korea registered as daily Covid cases there surged. Bonds are still bid as weaker hands get washed out with the 10yr Treasury note yielding 1.28 per cent, a new 5-month low in the wake of the Fed meeting minutes - it’s either sending a warning signal or it’s just a flush before the move higher. US stock markets were mildly higher yesterday, with futures pointing to a drop at the open. Apple shares hit a fresh record, whilst meme stock favourites such as GME, WISH and AMC fell sharply. In London, money transfer app Wise got off to a solid start as shares rallied on the first day of trade. Shares in troubled Chinese ride hailing app Didi fell another 5 per cent as it faces a lawsuit from US shareholders.

Minutes from the FOMC’s meeting in June showed pretty much what we knew; policymakers are moving but with a degree of caution. “Various participants mentioned that they expected the conditions for beginning to reduce the pace of asset purchases to be met somewhat earlier than they had anticipated” but it is “their intention to provide notice in advance of an announcement to reduce the pace”. Meanwhile China is back in the game – the State Council issued a statement saying it would seek “to increase financial support to the real economy” by using “monetary policy tools such as RRR cuts”.