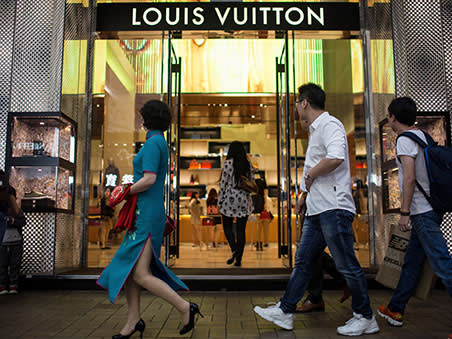 When luxury powerhouse LVMH (EUR:MC) reported its first-half profits were almost €1bn (£850m) ahead of the consensus forecast of €4.4bn, it was clear that analysts had missed the scale of the resurgence of extravagant spending by those who were able to save cash through various lockdowns.

The French conglomerate - full name LVMH Louis Vuitton Moët Hennessy - reported organic revenue growth of 53 per cent on last year’s pandemic-constrained first half. LVMH was still in an “excellent position” to grow even from its perch atop the luxury world, said chief executive Bernard Arnault.

Watches and jewellery led the growth, with sales soaring from €1.3bn to €4bn thanks to the purchase of Tiffany & Co., a deal that completed in January. Organic growth - without Tiffany - was still 27 per cent in this division compared to 2019. LVMH’s largest division, fashion and leather goods - think Louis Vuitton, Fendi and Kenzo - saw organic revenue growth of 38 per cent compared to 2019.