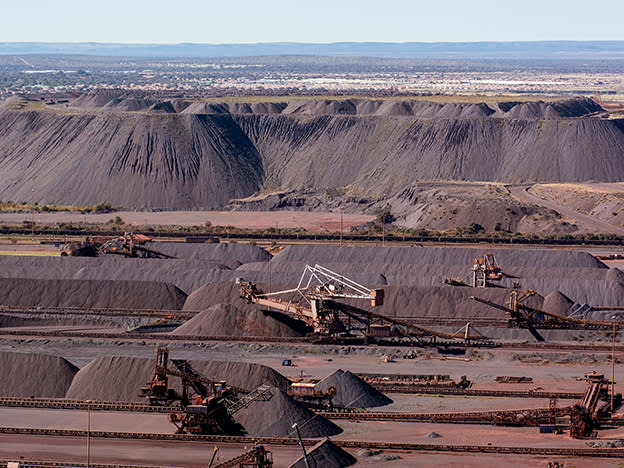 Anglo American hits record profit, passes it on to shareholders

Anglo American (AAL) has often existed in the shadow of the world’s two biggest miners, BHP (BHP) and Rio Tinto (RIO), though it operates a more diversified portfolio that offers more safety during downturns but also slower reactions in bull runs.

“The first six months of 2021 have seen strong demand and prices for many of our products as economies begin to recoup lost ground, spurred by stimulus measures across the major economies,” said chief executive Mark Cutifani.

Anglo will hand shareholders $2.1bn through its interim dividend, as well as $1bn through a special dividend and another $1bn in buybacks.

A big pay-out was seen to be in the offing given strong results at listed Anglo subsidiaries Anglo American Platinum (SA:AMS) and Kumba Iron Ore (SA:KIO), which were running hot based on PGM and iron ore prices. Anglo’s in-house iron ore mine, Minas-Rio, although production on the latter was below expectations because of “unplanned maintenance”.

Alongside the production increases, Anglo has boosted its cost forecasts for the rest of the year, led by Amplats on a quarter increase to $870 per PGM ounce, iron ore with a 17 per cent increase and diamonds climbing 13 per cent. Finance chief Stephen Pearce said the company was coming up against the consequences of lower mining volumes, largely because of the pandemic, saying it was a major achievement the company had reached 95 per cent production capacity.

Looking ahead, Anglo has the Quellaveco copper mine coming into production next year, which will add around 10 per cent to the company’s total mined output.

Further out, Cutifani said the company was progressing with the former Sirius Minerals project Woodsmith. “We’ll be going forward with this project, I believe,” he said. The miner will announce a firmer strategy for the North Yorkshire fertiliser project in early 2022.

Anglo’s more diversified portfolio than Rio and BHP insulates it from a forecast drop in iron ore prices in the next 12 months. The sale and spinoff of thermal coal assets at a time when that market is running hot looks like a good long-term call as well. Buy.