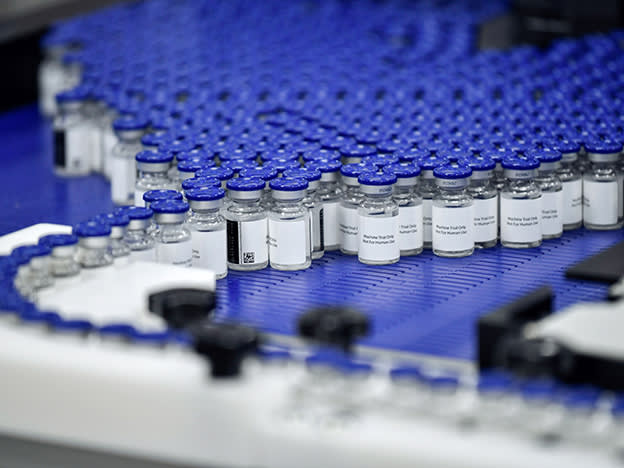 The group also benefited from £1.2bn in revenues from its Covid-19 vaccine

The launch of AstraZeneca’s (AZN) Covid-19 vaccine may not exactly have been smooth, with concerns mounting earlier this year about a very rare side effect of blood clotting. But the jab developed with Oxford university still contributed $1.2bn (£863m) to the FTSE 100 group’s revenues for the six months ending 30 June, benefiting its top line in Europe and emerging markets where the shot has been approved.

Yet the pharma giant has said it doesn’t expect to profit from the jab during the initial pandemic emergency. Nor are vaccines where its traditional strength lies. Astra specialises instead in oncological medicine, along with cardiovascular, respiratory and metabolic treatments.

And here the group topped brokers’ forecasts, with lung cancer drug delivering second-quarter sales of $1.3bn – up from consensus estimates of $1.2bn – and diabetes therapy Farxiga taking revenues of $732m, up from projections of $648m. Other blockbuster medicines also posted higher sales, including lung cancer treatment Imfinzi and ovarian cancer treatment Lynparza – up 18 per cent and 34 per cent respectively at constant currencies.

Further down the income statement, the gross margin declined by seven percentage points to 73.5 per cent. AstraZeneca attributed that dip primarily to “the significant impact of equitable supply, at no profit to [it], of the pandemic Covid-19 vaccine” as well as greater effects from profit-sharing arrangements primarily pertaining to Lynparza.

Earlier this month, Astra completed the $39bn acquisition of Massachusetts-based biotech group Alexion. At the time of announcing the deal in December, the companies said that AstraZeneca would work with Alexion’s research and development (R&D) team to build on Alexion’s 11-molecule-strong pipeline across over 20 clinical development programmes.

In the same breath as its half-year numbers, Astra updated its guidance for 2021 to reflect the Alexion deal – expecting revenues to rise by a low-twenties percentage with “a faster growth in core EPS” to a range of $5.05-$5.40. Alexion’s accounts were not wrapped into the group’s interim report.

The acquisition of Alexion brings Astra a bridgehead in rare diseases and immunology. At the last count, Astra had 160 total projects in its pipeline and 143 in clinical development. A 31 per cent rise in new medicine sales in the first half to $8.3bn indicates how such innovation can bear fruit.

FactSet forecasts put EPS at $5.44 for this year, though this may change as analysts adjust their projections. Buy.