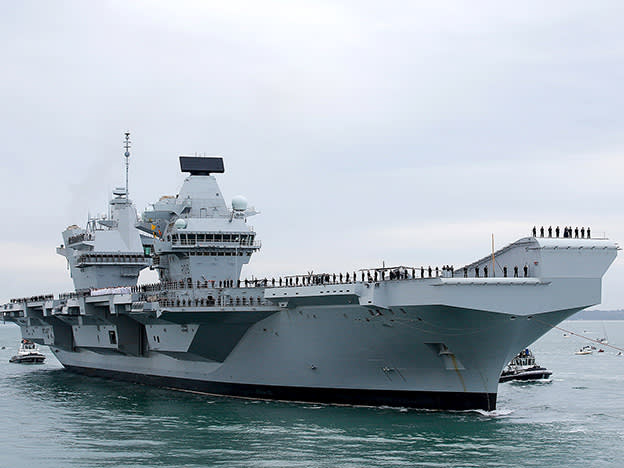 Babcock (BAB) booked a £1.7bn net income loss for FY2021, driven by £1.3bn in impairments of goodwill and acquired intangibles, though it’s worth noting that gross profits have fallen to £26m from £487m in the prior year.

The market had been kept abreast of events, with April’s profit warning revealing the likely extent of the impairments linked to the contract profitability and balance sheet review. And though management makes the point that the impacts of the review are one-off and do not change future cash flows, the shares were still marked down heavily on results day.

The engineer, which is heavily involved in the development of Royal Navy warships (including the Type 31 Frigates), has already introduced remedial measures to bolster its balance sheet, but the trouble is that free cash flow (FCF) is expected to be in negative territory through to HY 2023, partly due to additional pension contributions and restructuring costs.

The group has been in discussions with its bankers, resulting in a new £300m revolving credit facility expiring May 2024. The debt covenant multiple has been increased to 4.5 times cash profits until March 2022, but the group is trying to reduce it to below  two times in reasonably short order - hardly a straightforward task given the prospective FCF shortfalls. So, Babcock will be looking to offload at least £400m in asset sales over the next year, while simplifying the management structure, in addition to the 1,000 job losses already announced.

Jefferies notes that consensus EPS estimates for 2022 could fall to the bottom of the range, and sentiment will remain negative until we witness a definitive turnaround. Sell.