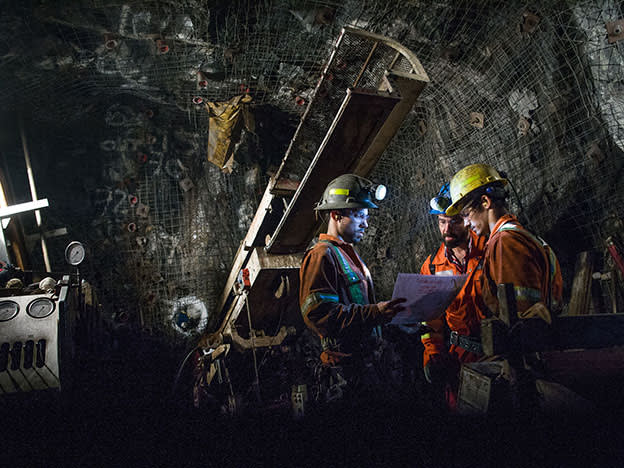 Mining and trading giant will pay out $2.8bn as strong copper and zinc prices drive record adjusted cash profit for the first half

Surging metals prices have pushed Glencore (GLEN) to a record interim cash profit, leading the mining and trading company to reward shareholders with a $530m special dividend and $650m in buybacks.

Fellow miners Anglo American (AAL) and Rio Tinto (RIO) have already thrown billions in dividends at investors after the Covid-19 recovery in China and elsewhere drove iron ore and copper prices to new highs this year.

Glencore’s earnings come both from its mining division, for which the copper and zinc assets were the big contributors, and its trading division. The mining cash profits more than doubled on last year while its trading division fell on the first half of 2020 because of the “exceptional oil trading conditions” a year ago.

These results are Glencore’s first under new chief executive Gary Nagle, who took over from long-time boss Ivan Glasenberg last month. One of Glasenberg’s last acts was a commitment to buy Anglo American and BHP’s (BHP) one-third stakes in the Cerrejon mine in Colombia.

While coal prices climbed strongly in the first half, the division’s $912m interim adjusted cash profit was just 5 per cent ahead of last year. Nagle said there would be a “significantly improved finish to 2021” for the coal division, however.

RBC Capital Markets analyst Tyler Broda said Glencore was in a good place versus Rio Tinto and BHP for the rest of the year because its earnings are spread across a broader range of commodities, given iron ore looks like it will transition "back into a balanced market".

Copper, zinc and cobalt have a better outlook than the key steel ingredient, which hit a record price earlier this year, according to broker Liberum, which sees a 19 per cent drop for copper in 2022 compared to the forecast 2021 average, against a 42 per cent drop for iron ore.

Despite the new team at the top of Glencore, its past practices continue to come back to bite it - most recently a commodities trader who last month pleaded guilty to charges by the US Department of Justice related to bribery in Nigeria. Glencore said the conduct of Anthony Stimler, who left the company in 2019, was "unacceptable". The broader justice department investigation into Glencore is ongoing.

Consensus forecasts for full year adjusted earnings per share indicate a hefty uptick to come, from 18¢ to 53¢. Glencore offers a good path to consistent dividends even if metals prices pull back in the next 12 months, but Anglo American is our preferred diversified miner for this given its lower risk. Hold.