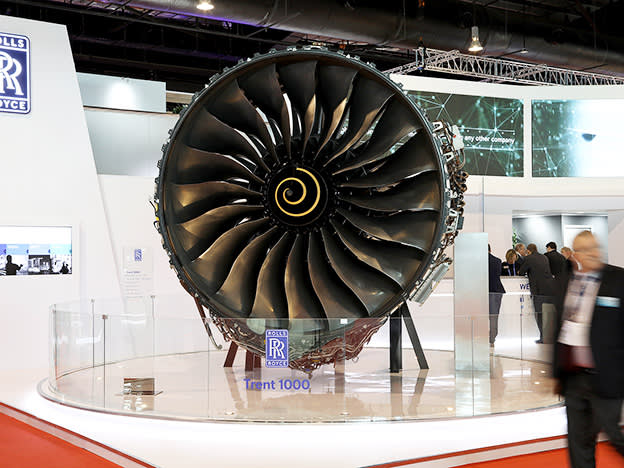 The aerospace engineer is sweating on the recovery of civil aviation traffic, but other parts of the business are providing encouragement for shareholders

By now, shareholders in Rolls-Royce (RR.) will know that it may be a while before take-off. The aerospace engineer is taxiing down the runway, while politicians and health officials debate whether to ease the restrictions that have devastated long-haul travel. By the end of June, LTSA (large engine long-term service agreements) flying hours stood at 43 per cent of 2019 levels, up from 34 per cent in H2 2020.

Things are clearly picking up, with business travel volumes leading the way. The International Air Transport Association (IATA) estimates that passenger numbers could recover to 88 per cent of pre-pandemic levels next year, before recovering to pre-pandemic levels by the end of 2023. Unfortunately, there are so many negative issues beyond the control of management (or the IATA, for that matter), so it is almost impossible to predict with any degree of certainty when passenger traffic returns will fully recover.

Half-year figures for Rolls-Royce edged towards respectability on the back of improved trading within its defence and power systems segments. The aerospace giant booked an underlying operating profit of £307m, against a loss of £1.63bn in H1 2020. Underlying revenue was down 2 per cent, though the increase in corporate travel provided a modest boost for its core civil aerospace business.

The unavoidably brutal self-help measures, including the cull of 8,000 workers, have reduced the cost base of the civil aerospace business by a third. The slimmed-down group expects to turn free cash flow positive sometime during the second half of this year. And there is plenty of headroom anyway, with £7.5bn of liquidity including £3.0bn in cash. The group is looking to generate up to £2bn from its disposal programme, including a possible €1.6bn (£1.4bn) deal to hive-off its ITP Aero division to Bain Capital and Spanish aerospace company Sener. The private equity deal will come on top of the sale of Norwegian maritime engine-making arm Bergen Engines to Langley Holdings for €63m.

Like aerospace peer Boeing (NYSE:BA), the fall-away in civil aviation traffic has been partly mitigated by Rolls-Royce’s defence business. The intensified group focus on operational performance has resulted in earlier delivery of spare engines and higher spare parts sales. Normally, these sales are weighted to the second half of the year, so the group’s expectations for the division’s performance in 2021 remain unchanged. The good news is that with order intake amounting to £1.2bn, more than 70 per cent of next year’s expected revenues is covered by the order book.

Order intake in the Power Systems division was also encouraging. It was up by a fifth on H1 2020 to £1.4bn with 1.2 new orders for every one fulfilled. The group cites recovery in its end markets “led by demand in marine, governmental and power generation”.

That last point provides a possible pointer to new – and theoretically more predictable – revenue streams. Last month, Rolls-Royce and Cavendish Nuclear signed a Memorandum of Understanding on the potential for their cooperation in the Rolls-Royce SMR (small modular reactor) programme.

With the UK government reportedly examining ways to move ahead with plans for EDF Energy to build the £20bn Sizewell C nuclear plant on the Suffolk coast without China General Nuclear (in the manner of Huawei), new opportunities for SMRs could arise elsewhere in the UK. Indeed, the Rolls-Royce led-UK SMR Consortium has said it aims to build 16 SMRs, enough to generate around 20 per cent of the country's grid energy by 2050.

The roll-out of SMRs could be accelerated by the drive to achieve net-zero emissions by that date. If, as is hoped, the reactors are connected to the UK grid in the early 2030s, it will provide a lost-cost way of countering the intermittent nature of solar and wind power generation, a role which has been given over to natural gas – a more expensive alternative. With the ‘green transition’ in mind, the group will increase the proportion of gross R&D spend on lower carbon and net zero technologies to 75 per cent by 2025.

The SMR programme could significantly diversify revenue streams, though the group faces more pressing issues. It is still taking provisions on the Trent 100 remedial programme, though it could be argued that the collapse in civil aviation has provided some breathing space. Management reckons that free cash flow of at least £750m (before disposals) is still achievable in a 12-month period when engine flying hours exceed 80 per cent of 2019 levels. Unfortunately, epidemiologists, rather than aeronautical engineers, are likely to have the bigger say in the group’s near-term prospects. Until that changes, we remain in a holding pattern. Hold.