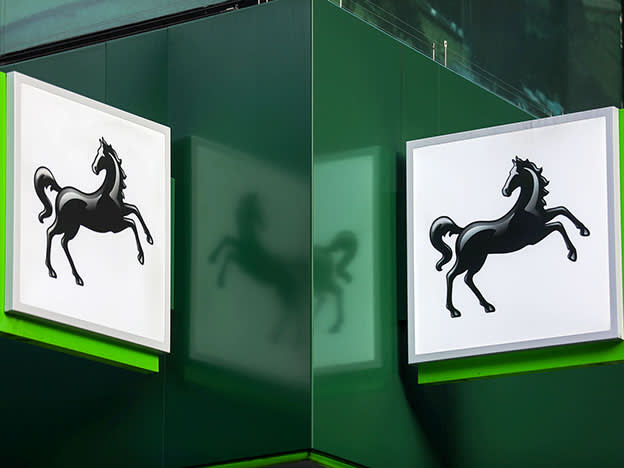 A 5 to 6 per cent yield is not without its attractions, although a growth plan is preferable

Long-suffering Lloyds (LLOY) shareholders will have felt an uneasy sense of déjà vu last year, when the UK’s largest high-street bank was forced, at the behest of its regulator, to can its dividend. Less than 12 years earlier those who had flocked to the lender’s market-leading yield saw the income stream evaporate amid a spiralling global banking crisis

On both occasions, many concluded there was little point holding the shares without sight of the next distribution. Such are the investor waters that listed banks must negotiate.

It’s worth noting the history here. Until 2008, banking was perhaps the biggest game in UK plc. Rising interest rates and credit expansion led to massive capital generation, making Lloyds and its peers a perfect fit for income-seekers. A legacy of mergers had also built up a wide pool of shareholders, including former employees, who relied on the dividend’s annuity-like properties.

The 2008 dividend cull therefore came as a great shock, and many clung on for the yield far longer than they would have liked. But while it took six years after the credit crunch cut for Lloyds to resume distributions, a return to the dividend list has been far swifter since the pandemic hit. This year, consensus forecasts are for a total distribution of 2.21p a share, rising to 2.47p in 2022.

A few reasons explain the apparent rebound. Most importantly, the Prudential Regulation Authority – the Bank of England arm that oversees banks’ capital management – has removed its 'guardrails' advice for lenders, so Lloyds and its rivals are free to hand back profits to shareholders.

This decision followed a sharp improvement in the economic outlook, and the effectiveness of government policies to stave off mass credit defaults amid the havoc of repeated lockdowns. After almost a year without paying dividends and the reversal of credit impairments, Lloyds’ CET1 capital ratio stood at 16.7 per cent by June.

Eighteen months previously, this core measure of capital strength and liquidity was just 13.8 per cent. As such, the lender has a lot more capital allocation options, even after setting aside billions to cover the fallout from Covid-19.

In theory, this should be good news for dividend optimists. Just how good will depend on Lloyds’ board, which will decide how much surplus capital can be returned via special dividends or buybacks at the start of 2022.

But while big one-off distributions may appeal, the challenge facing freshly minted chief executive Charlie Nunn is to show how progressive distributions can be matched by sustainable income growth. While a decade of misconduct settlements and PPI redress are in the rearview mirror, punishingly low interest rates look here to stay.

In short, Lloyds needs to get more creative if the shares are to escape their bond-proxy status. A planned push into the corporate landlord market – where the bank has scale, an enviable vantage point and cross-selling opportunities – might be one solution, particularly with demand for rental properties at record levels. Converting loyal depositors into a more investment-minded customer base is another strategic option.

“We believe the bank can sustain an attractive dividend yield, of 5-6 per cent, alongside c£1bn of buybacks annually,” argue analysts at Berenberg. That might be enough for some, particularly when you consider how many of the bank’s savings account holders are prepared to settle for below-inflation interest rates.

But if income growth is desired then the bank needs a smarter strategy or a better monetary environment. Lloyds shares – whose trading frequency suggests they are among the most widely held in the UK market – seem unlikely to shed their chug-along income credentials any time soon.

Although Barclays (BARC) shares have rallied 67 per cent in a year, they continue to trade at a bigger discount to tangible book value than peers. The most widely cited reason for this is the maintenance of an investment banking division.

While the bank offers differentiation and defensiveness in periods of acute market stress – as was the case during 2020 – its unpredictable risks and stubborn cost base have led investors to downgrade the value of its earnings.

In theory, a weak valuation should raise the forecast yield. But Barclays’ forecast yield is 3.5 per cent for 2021, in part because it prefers to buy back its shares. Given the discount, this isn’t a bad move.

Dividend policy: Board “intends to grow the dividend from 2020, in line with its progressive and sustainable policy, and to accrue dividends”