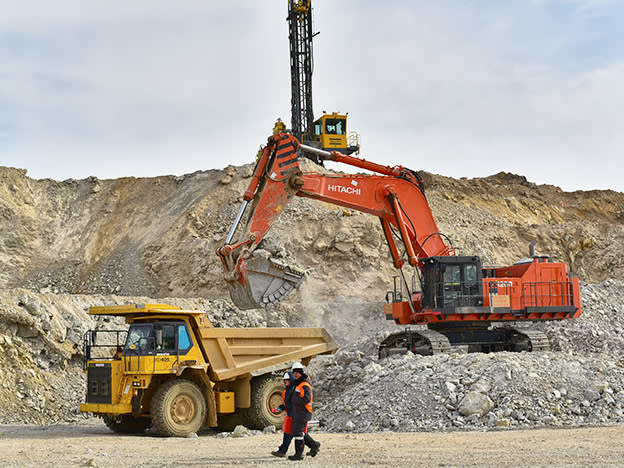 Russian precious metal giant Polymetal (POLY) has signalled a tougher road ahead thanks to rising costs, which could blunt the impact of high gold and silver prices. The miner will still hand shareholders its usual hefty dividend (45¢ for the first half), but given its policy is based on underlying net income, this could also be hit by the higher input costs.

The company’s half-year underlying net income of $422m (£308m) was 15 per cent ahead of last year, although the full-year number will be hit by capital spending guidance climbing around $140m, as a midpoint estimate between the forecast range of $675m-$725m. Company spokesperson Evgeny Monakhov said dividends remained “a priority ahead of growth capex”.

The extra spending is split between higher spending on expansion projects and studies and unavoidable costs, like higher wages and materials like copper wiring and steel. Inflation in Russia hit 6 per cent mid-year, while Polymetal said the mining industry saw “above-CPI” price rises as well.

The miner has eight key operations, and is in the top 10 global gold miners by volume. It sold 714,000 ounces (oz) of gold equivalent (a figure including silver sales) in the first half, a 4 per cent increase on last year. This would have been higher, but for transport disruptions, which pushed some sales into the second half. Polymetal said it expected the “sales/production gap to close by year-end” and forecast “significantly higher free cash flow generation”. There was free cash outflow of $27m in the first half.

Net debt climbed a third to $1.8bn between the end of 2020 and the end of June, driven by the higher capital spending.

Polymetal also announced on results day that it had brought forward a development decision on a new silver mine, Prognoz. The company has gone for a cheaper plan that does not have a processing plant onsite, costing $105m. This means ore will be trucked to the Nezhda plant around 600km. Prognoz will be in production by 2023 and will eventually contribute 6.5moz of silver to the miner’s portfolio.

The “fast-track” plan was to take advantage of “very favourable market conditions for silver”, Monakhov said. The miner is effectively swapping operating costs for capital costs.

Consensus forecasts compiled by FactSet see full-year cash profits at $1.7bn, level with last year. Polymetal has been up front about the cost challenges it is facing, which will become more serious if gold and silver prices drop. It looks like it’s in a good position for now. Buy.