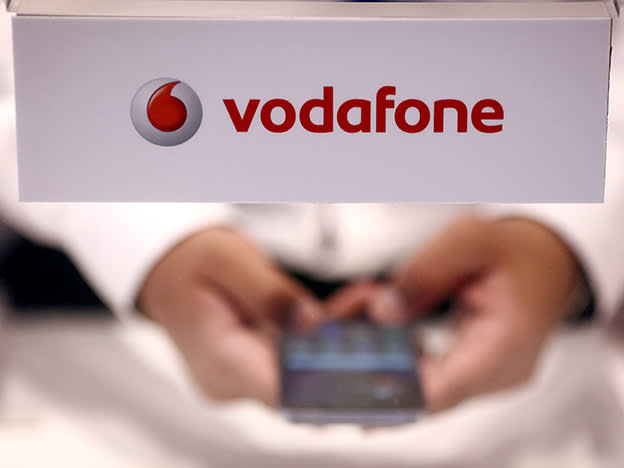 The telecoms giant used to be a byword for a safe, high yield. Would it be better off scrapping dividends altogether?

Once a must-have in any income investor’s portfolio, payouts from telecom companies have withered away over the past few years. Vodafone (VOD) was among the first to buckle in 2019, slashing shareholder returns by nearly half. Then in 2020, BT (BT.A) suspended its annual dividend for the first time in 36 years. Elsewhere on the continent, Orange (FR:ORA), Deutsche Telekom (GR:DTE) and Telefonica (SP:TEF) have all cut their dividends in the past 18 months.

Most of these companies are scrambling to shore up as much cash as possible, as the cost of building out 5G networks strains their balance sheets. At Vodafone, soaring spectrum costs have narrowed its dividend cover and a huge debt pile has long cast a shadow over its ability to deliver income.

But earlier this year, the IPO of its European network business, Vantage Towers (Ger:VTWR), injected Vodafone with some much-needed cash. The company’s market debut in Frankfurt gave it a value of €12.1bn (£10.3bn), and Vodafone cashed in around €2.3bn from its 20 per cent stake. That helped bring its net debt to cash profit ratio to 2.8 at the end of its financial year in March, just on the cusp of its target range of 2.5 to 3. Management has also pushed most of its circa €2bn buyback of a convertible bond from last year into the 2021/22 period.

However, the group faces close to €8bn of cash calls this coming financial year, and only has €5.2bn of expected free cash flow. On a net basis, borrowings still sat at a mammoth €42.2bn at the end of March, up from €27bn a year earlier. That was mostly because of the group’s €18.4bn acquisition of rival Liberty Global’s assets in Germany, the Czech Republic, Hungary and Romania two years ago.

Perhaps investors should not bemoan then that management has reigned in discretionary spending: for the 2021 financial year, Vodafone decided on a payout of 9.00 eurocents per share, still at the same level as 2019.

With so many pressures on its purse strings, it is fair to wonder if the company is better off giving up on the dividend altogether. In the year ended in March, the group’s eye-watering levels of capital expenditure increased by a further €500m (excluding spectrum), and management expects that this will climb further in 2022.

Worries about intense competition, huge debt and expensive network upgrades means that Vodafone’s share price is hovering around multi-year lows. That has created a more flattering dividend yield figure, and could catch the eye of some income investors - as well as the fact that the group has some key operational catalysts to support its top-line, including the reopening of international travel and the reintroduction of roaming charges from January.

The telco giant also told the market a few months ago that it was on track to deliver its guidance for the 2022 financial year, with adjusted cash profits expected to land between €15bn and €15.4bn.

Synergies from the Liberty deal should help support Vodafone’s balance sheet in the long-run, and management has already outlined a plan for  €535m a year in operating and capital expenditure savings within 5 years of its completion. But we still do not think that the group is an especially reliable source of income. Even at its reduced level, the group spent €2.4bn on equity dividends last year, outsizing the cash it raised from the Vantage Towers IPO.

Dividend policy: A minimum dividend of 9.0 eurocents per share per annum
Yield: 6.5 per cent
Payment: Twice a year
Last cut: 2019

Last year BT suspended its payout for the first time since its privatisation in 1984. But the group also promised that it would introduce a new dividend in 2022 at 7.7p per share, or half the level of the 2019 payout.

This plan looks feasible - not least because of a positive ruling from national regulator Ofcom earlier this year, which will allow the group to secure chunkier returns from its Openreach division. And closer guidance from Patrick Drahi, the French-Israeli billionaire who has the second largest stake in BT through his investment company Altice and extensive experience in building up fibre networks across Europe, should help.

But BT’s more ambitious fibre-to-the-premises build announced last May is a source of concern to some analysts. Once the super-deduction benefit expires in March 2023, which allows companies to offset 130 per cent of their capital investments against their tax bills, there could be a squeeze on the group’s free cash flow.