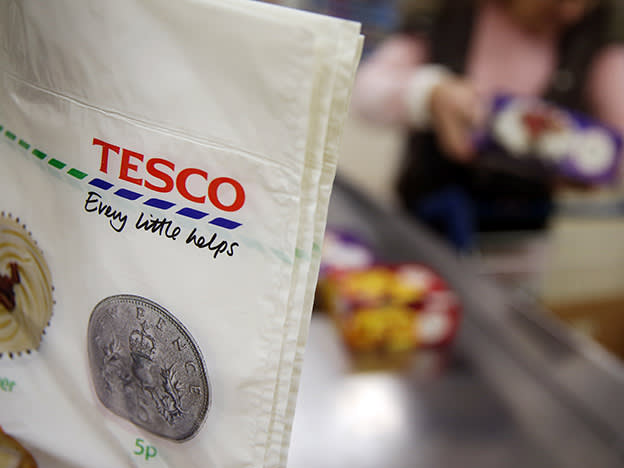 What does the lorry driver shortage mean for supermarket earnings?

Recently dismissed as little cause for concern, a lack of delivery workers is spelling trouble for the supermarket giants

Less than two years after being struck by the Covid-19 pandemic, some Brits may be starting to think another apocalyptic event is afoot.

Across the country, pictures are being shared online of desolate shelves at the UK’s biggest supermarkets. McDonald’s (US:MCD) has scratched milkshakes off its British menus, while a shortage of chicken has forced Nando’s to close dozens of restaurants. Items have also been off the menu at KFC, while national pastry stalwart Greggs (GRG) has warned that its bakeries are less well-stocked than usual.

From grocers to restaurant chains, the nation’s favourite food providers are struggling with an alarming shortage of chicken, milk and other perishable goods. The pandemic is partly to blame: in recent months a large number of workers in the food supply chain have come into close contact with Covid-19, prompting orders from the NHS Covid Test and Trace app to self-isolate.

But the so-called 'pingdemic' is also aggravating an existing staff shortage brought on by Brexit. This is particularly acute in the country’s delivery workforce, which lost an estimated 25,000 lorry drivers after the UK left the EU – more than a quarter of the current deficit of 90,000, according to Logistics UK.

As the labour squeeze is compounded by similar shortages in the food manufacturing and warehouse sectors, thousands of customers are seeing the effects play out on the high street. But how worried should investors in food retail businesses be about the threat to earnings?

A change of tune

Earlier this summer, Tesco (TSCO) shareholders were assured that any ominous headlines about driver shortages were little cause for concern. During a call with analysts in June, chief executive Ken Murphy said the country’s largest supermarket group was still “really happy” with the availability of products and that it had been working “exceptionally hard” to maintain driver numbers.

But now the company has changed its tune. Speaking to the BBC last week, Tesco chairman John Allan said the grocer was “very short of drivers” – a problem he attributed to Brexit and the ageing delivery workforce. While emphasising that it was currently only a “modest crisis”, Allan added that the company was now facing shortages on its shelves this Christmas.

There could hardly be a worse time for supermarkets to suffer a supply crisis – the weeks when Brits splash out on turkeys, mince pies and other festive goods are some of the sector’s most profitable. In preparation for the busy period, Tesco and its rivals tend to start stocking up around September, so a rapid solution may be vital.

According to the logistics industry, that quick fix could come in the form of an exemption for foreign drivers in the UK’s post-Brexit immigration rules. But the government has pushed back at this suggestion, urging companies to hire more UK hauliers instead to plug the labour gap.

Supermarkets may therefore have to start offering more generous salaries to tempt more Brits into the driver’s seat – a move that would further weigh on profits. Tesco and other major retailers are now reportedly been offering potential employees bonuses of up to £1,000 just to sign on.

While food prices could be raised to counteract the impact on earnings, doing so might reverse the steady price cuts grocers have recently made to win back customers from budget German supermarkets Aldi and Lidl, which are less exposed to the UK’s supply issues. The food supply shortage is bad news for earnings, and navigating it will be a delicate balancing act for the nation’s supermarket giants.

This dilemma, however, has not yet been registered by the market. Tesco’s share price has climbed steadily over the past month, as have shares in Sainsbury’s (SBRY) and Wm Morrison (MRW).

For now, concerns about supply issues have not been enough to reverse the momentum in supermarket shares, as investors speculate about which group will be next in line for a lucrative private equity takeover. Since buyout firms set off a bidding war for Morrisons in June, its share price has rocketed more than 60 per cent.

Meanwhile, Tesco and Sainsbury’s, which fell out of favour with investors years ago, have rarely looked pricier in recent times: the latter currently trades at 14 times forward earnings compared with 10 times last year. If it does suffer a hit to profits this winter, the premium investors are paying for a potential takeover may only get bigger.