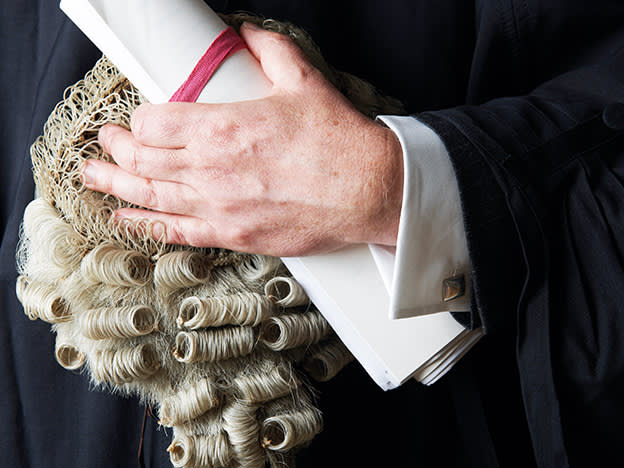 By providing funding for the clients the law firms are taking on more financial risk, but the potential returns are greater.

In 2019, Carson Block's fund Muddy Waters took a short position against litigation funder Burford Capital (BUR) and accused it of misreporting the value of the cases it had funded. The company, which forcefully denied it was overly ambitious in booking realised gains, has not seen its share price fully recover beyond half of its 2019 value. This tale is well known to UK investors and has created a knee-jerk cynicism towards any company that funds legal cases.

Burford may have increased the scrutiny surrounding the industry, but this hasn’t perturbed listed law firm Gateley (GTLY) and soon-to-be-listed Mishcon de Reya from announcing the launch of their own litigation funding partnerships this month. Gateley will be partnering with Bench Walk Advisers to create a £20m funding facility and Mishcon de Reya has paired up with Harbour Litigation Funding to launch a £150m fund.

For those unfamiliar, litigation funders are asset managers that invest in legal cases. Often there is a winnable legal case but the claimant doesn’t want to pursue it because of the costs involved. The losing party often has to pay the legal fees of both parties, so the financial downside can be massive and puts off claimants from pursuing justice.

This is when litigation funders step in. If a funder thinks that the case is winnable, it will offer to cover the cost of the case in exchange for a chunk of the winnings. Often funders will support class action cases, as when Therium backed the dozens of sub-postmasters that had their wrongful convictions quashed earlier this year. While last year, Mishcon and Harbour successfully teamed up to fund and instruct the class action taken against insurer Hiscox (HSX). Thanks to this victory, lots of small businesses are now entitled to claim on their insurance for business interruption caused by Covid-19.

As well class actions, litigation funders are keen to back insolvency and recovery cases. “There is often a reluctance for creditors to throw good money after bad to recover their assets when a company goes bankrupt, but Gateley’s partnership with Bench Walk Advisers means we can pursue the recovery while removing the financial risk from the client,” said  Gateley head of litigation Richard Healey.

With a wave of insolvency cases potentially on the horizon when the government Covid-19 support schemes are lifted, the ability to easily fund cases through these partnerships will help put Gateley and Mishcon nearer the front of the queue when pitching for work. Once the work is secured, it will also increase the returns on the cases they win. Ideally it should increase both volume and profitability for the litigation teams.

Despite the commercial benefit, Richard Leedham, a litigation partner at Mishcon, said that law firms had potentially been slow to enter into these funding partnerships because lawyers are “generally quite conservative”. Unlisted firms DLA Piper and Willkie Farr have both announced partnerships but at the moment it is the six, soon to be seven, listed firms that are leading the way. As well as Gateley and Mishcon’s partnerships, listed firm Rosenblatt also owns litigation funder LionFish.

Leedham however said that the fund launching is not tied to Mishcon’s IPO, except that “firms who plan to list are probably more entrepreneurial”. However, he went on to say that he could "see why it would be of interest to investors because if it works, it will generate more returns”.

Since Gateley announced its litigation funding facility on 6 September its share price has risen 11 per cent. Mishcon last week reportedly voted through the firms’ proposal to seek a listing on the London Stock Exchange. If it is successful with its IPO, then it will likely become the largest listed UK law firm by market capitalisation.

Muddy Waters' attack on Burford’s accounting methods may have dented litigation funding's reputation but it didn’t knock the market’s growth in any meaningful way. Law firm RPC estimated last year UK litigation funders had built "war chests" of close to £2bn, compared with just £400m in the year to April 2015.