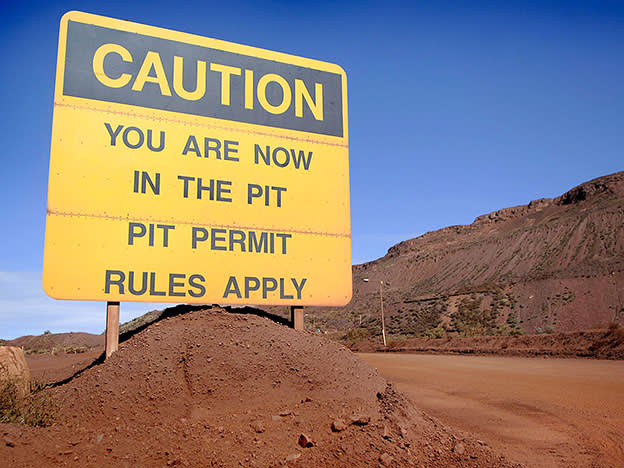 Commodities going ‘back to fundamentals’ as energy crisis hits markets

The major miners’ huge profits and record dividend programmes are at risk from lower metals prices and higher costs. The past two years have seen new record prices for iron ore, gold, palladium, and now natural gas and thermal coal have joined them. Brent crude has also climbed above $80 a barrel for the first time in three years, adding to global inflation prospects.

Analysts have started to rework forecasts based on this new environment. “For the first time in over a year, most commodity price performances now can actually be explained in terms of each market’s underlying fundamentals, rather than as a function of epic-scale virus-related macro support,” said Tom Price at Liberum. Price has picked coal, cobalt and platinum group metals (PGMs) as the top performers of 2022.

These fundamental drivers have already popped up. China is fighting for coal supply, driving the price for October-delivery futures contracts for Rotterdam thermal coal to over $200 a tonne, compared with $80 a tonne at the start of 2021. Thermal coal prices have also been driven by the high cost of natural gas, as governments look back to coal plants as a cheaper alternative to gas-fired plants.

Iron ore has also tumbled from over $200 (£148) a tonne to under $100 a tonne as China has brought in steel production limits. The steel ingredient had hit record levels on Beijing’s stimulus spending, but this has tailed off in recent months and the Evergrande debt crisis shows that the all-important construction sector is likely to keep losing steam.

Copper has stayed higher, at over $9,000 a tonne, compared with its peak earlier this year of over $10,700 a tonne, helped along by supply issues and continued demand strength, but faces risks from the US Federal Reserve’s tapering programme, according to Liberum.

In a further risk to copper, China has also once again showed it is keen on cheaper metals, by releasing copper, zinc and aluminium from its national reserves into the market. This will be a nominal amount of copper, at 30,000t, according to pricing specialist Platts, but BMO analyst Colin Hamilton said it showed “Beijing remains unhappy with the current base metal price trajectory”.

Both companies have remained fairly buttoned-down on the prospects of a ‘super-cycle’ driving the most recent highs – Rio boss Jakob Stausholm said in May he was being “really cautious” amid talk of years of high prices – but are both committed to major new projects costing billions and have raised investor expectations for payouts. Liberum forecasts both majors’ dividend yields to drop from the current 15 per cent level to a still-strong 8 per cent next year. Rio's shares are down 29 per cent since their August high of 6,658p, while BHP is down 22 per cent to 1,848p from early August.

According to Liberum, 70 per cent of BHP’s cash profits come from steel inputs (iron ore and metallurgical coal), while this is 61 per cent for Rio.

Our pick in the sector is Anglo American (AAL) due to its diversified portfolio, and its PGM-producing subsidiary, Anglo American Platinum, should become even more of an asset in the coming year. We have BHP on a buy rating and say hold Rio Tinto.