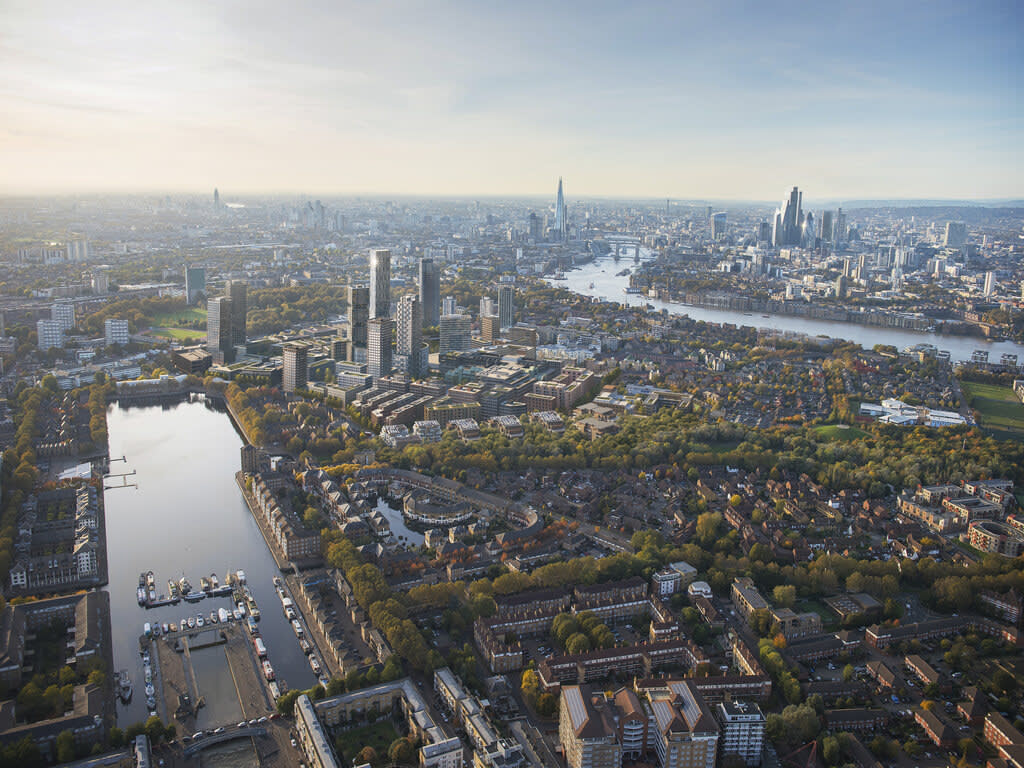 This year, the near-term hopes of shareholders in British Land (BLND) have been pinned to the gradual recovery in trade across the retail holdings that dominate the group’s rental income.

These received a welcome boost in July, when the commercial landlord said footfall had recovered to 86 per cent of pre-pandemic levels across its retail sites. Sales were also just 6 per cent down on the same measure, and there were signs of improvement in collection levels: rent due for the March quarter had recovered to 85 per cent, while takings for June were 17 percentage points ahead of the same point three months earlier.

But this has been a case of damage limitation.

Even prior to the pandemic, a heavy exposure to shopping centres had worn away at net asset values, as the outlook for tenant creditworthiness and retail asset valuations deteriorated.

To counter this, the group has set out a plan to shed non-core assets and reinvest the proceeds under two broad themes that it hopes will drive rental growth: office-led mixed-use campuses and retail parks and logistics.

It is the first of those themes where greater long-term optimism sits. And here, progress is being made. In the next few weeks, the company will formally announce its commitment to phase one of its Canada Water development, a 15-year project spanning 53 acres of land in London’s Zone 2.

The scale of the project is colossal, and involves the construction of around 40 new buildings, the capital’s newest university, around 3,000 net-zero new homes, office space for 20,000 workers and the first new London high street for a century. British Land estimates it will be one of the largest single site mixed-use development schemes in Europe.

The scheme is altogether more thoughtful and deliberate than the typical developments UK investors can back via the housebuilding sector.

Arguably, this also makes it a lot less predictable and complicated. But for a company to commit to such a long-term venture involves considerable value creation skills. And while some developers have stepped back from London’s complex planning regime in recent years, it also helps that in Southwark council, British Land has what executives describe as a constructive local authority partner.

In exchange for commitments including investment in local transport and reserving 35 per cent of residential units for affordable housing – most of which will be at social housing rates, rather than the 20 per cent discount to market rates that is customary for London developments – Southwark has agreed to considerable flexibility in the master plan, and a 500-year lease.

On a recent site visit, it was also clear that project managers readily anticipate a decade in which the environmental credentials of all property assets will come under increasing scrutiny from tenants and investors. This has already included construction activity with embodied carbon emissions below 500kg per square metre, well ahead of industry standards and a 2030 company target.

The expected total cost of the project is considerable at £4bn, which is just shy of British Land’s market capitalisation. This is still early stage: though it has been in the works for a decade, Canada Water is carried at £387m on the company’s balance sheet, or a little over 4 per cent of book value.

Despite this, chief executive Simon Carter believes the scale of the development can translate into “a big driver of returns” in the coming years.

“Obviously, it's a ground-up development and we're targeting development returns in the low teens, so effectively over 13 per cent,” he told investors in May. “We would expect those returns to come through pretty evenly over [a 10 to 12-year] period, albeit we did indicate that we're looking to bring in partners.”

By this, Carter means the kind of joint venture that British Land struck with GIC, Singapore’s sovereign wealth fund, to help fund the development of a 32-acre site in Broadgate, next to Liverpool Street. “By bringing in partners, we would hope to accelerate some of those returns and also mitigate our risk,” says Carter.

In an ideal world, the development of higher-return schemes would be Carter’s principal focus. Certainly this is the image British Land is keen to project: recent releases to the market have said that that campuses “account for c.70 per cent of our portfolio”.

But this is somewhat misleading, given that around two-thirds of British Land’s current estate is concentrated in shopping centres, retail parks, leisure and superstores, by square foot. Income is also predominantly from retail, with offices making up only £225m of the £530m rent collected in the year to March.

In a recent note, RBC analysts argued that ongoing pressure on retail tenants – which the brokerage estimates make up around 57 per cent of the company’s rent roll – will continue to dominate the outlook for the shares and dim the prospects of reducing exposure to retail property “on attractive terms”. “While British Land continues to have success with its London office campus strategy, we believe that the outlook for development profit margins is challenging,” RBC added.

At 511p, shares in the commercial landlord remain around a fifth below the level they were trading at immediately prior to the onset of the pandemic. But they are down more than 40 per cent below a post-financial crisis high of 871p in 2015, the last time the stock traded at book value.

Given recent form, the discount is understandable. In the three years to March, a combination of asset sales and crumbling retail valuations have served to reduce EPRA net asset value from 967p to 648p per share. The challenge now is to achieve reasonable prices for unwanted assets, and to recycle this capital back into smarter visions of the future, like Canada Water. Hold.