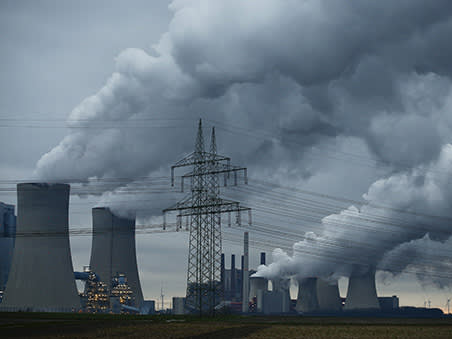 Has greenwashing become a weapon of mass destruction?

Despite all the noise, the engagement efforts of asset managers has had no effect on greenhouse gas emissions over the past decade. That’s one damning finding in research by Gianfranco Gianfrate, professor of finance at Edhec-Risk Institute, who has described greenwashing in the investment industry as a “weapon of mass destruction”.

In a separate report, Edhec academics have also shown the inadequacies of current ‘sustainable’ investing. Only 12 per cent of climate strategies are affecting companies’ carbon footprints, the one metric they must focus on forcing down.

The problem is exacerbated when other parts of the convoluted taxonomy of environmental, social and governance (ESG) factors is brought together. Just 7 per cent of ESG funds have stock weightings affected by carbon intensity scores.

“Major [investment firms] are claiming to integrate sustainability into their stewardship and fund management”, said Gianfrate, “but they distract [end] investors, pretending they are doing what they are not doing.”

Engagement is one of the industry buzzwords the professor focusses on.

“All top asset managers are doing some greenwashing," he said. "[They] want the largest possible universe of securities to invest in, so don’t like to divest but ‘engage’. Engagement is a perfect tool for procrastination.”

Such sentiments echo the frustrations expressed by non-government organisations (NGOs) and other pressure groups at AGMs this year. One form of greenwashing at the corporate level is companies pre-emptively proposing shareholder resolutions on greenhouse gas emissions, which NGOs claim are inadequate.

The Paris climate agreement targets aim at limiting the rise in average global temperature to two degrees Celsius above pre-industrial levels (with a stretch target of 1.5 degrees). Activists argue far-off net zero carbon commitments will be missed if major polluters don’t set tangible performance indicators that can be reviewed year-on-year.

“If companies don’t tell us how much and by when, probably they aren’t going to do anything”, suggested Gianfrate.  “You can’t manage what you can’t measure”.

For many asset managers, companies’ net zero commitments are a pretext to stay invested. But they conveniently ignore the reality that most chief executives making promises are unlikely to be in their posts at the deadline.

Mandatory statements of carbon emissions might counteract short-termism at a stroke. It’s natural for company bosses to focus on what their bonuses depend on, so also linking remuneration to emissions targets as well as profits and dividends, would be a powerful measure.

Instead of simple carbon disclosure, we have a jumble of ESG metrics to cobble together, which facilitates greenwashing.

Bad polluters can still achieve good ESG scores if they have decent records on employment rights, diversity and following best accounting practices. Even within the ‘E’ of environment, activities like recycling could potentially blur scoring and distract asset owners from carbon emissions.

Much fanfare was given to BlackRock chief executive Larry Fink’s proclamation that “climate risk is investment risk” last year. Data from Proxy Insight, however, showed that the world’s largest asset manager didn’t walk the walk. They ranked BlackRock bottom out of a dozen peers for voting in favour of climate-critical resolutions that year.

Climate investing strategies tend to focus on reducing average carbon intensity across the portfolio, but individual companies that stop improving or even go backwards can be overlooked. Bearing in mind that sometimes the ESG scores used to weight companies leave a lot to be desired and it is possible that some quite serious polluters can be owned without much threat of divestment.

Another problem stems from the focus on traditional benchmarks. Asset managers want their green strategies to not significantly underperform global stock markets, so they remain beholden to market capitalisation weightings. Climate investing may tilt away from these but not by enough to make a significant dent in the carbon intensity of what they are investing in.

Finally, the green investing that was touted as having outperformed in 2019 and 2020 arguably did so due to incidental factors. Most held stocks by ESG managers have consistently included names like Microsoft (US:MSFT) and Alphabet (US:GOOGL).  Therefore it can be suggested that market-beating returns came from overweighting low-carbon emitters in the technology sector, which happened to be driving much of world equity returns anyway.

Marketing slogans from asset managers like “doing good to do well” were something of a misnomer. Some supposedly green investing has been about doing nothing: the Edhec study draws attention to European climate strategies merely having to balance across broad categories of high and low carbon intensity sectors to meet EU regulatory standards.

To be genuinely impactful, however, there is a need to focus on sectors such as electricity generation that are essential to the transition.

“Constructing financial portfolios with green optics but no link with the transition of the real economy is a particularly pernicious form of greenwashing.”, write the report authors.

They also have a checklist for impactful climate investing. Firstly, climate scoring must have a serious bearing on stock weights in portfolios. Second, the weightings must send a message that companies with deteriorating carbon scores should not see their weights increasing (as can happen with some broad ESG scoring for the reasons discussed above). Thirdly, the key sectors for the climate must be represented and incentivised to help with the clean energy transition.

Is now the time to pressure energy companies?

True engagement on climate should be about enforcing a roadmap to reduce disclosed carbon scores. When it comes to the biggest polluters, however, there is a balance between saving the planet and our short-term need to keep the lights on and the economy moving. Recent spikes in gas prices and various logistical problems affecting supply of oil and refined petroleum, show up just how dependent on fossil fuels we still are.

Given the disruption to daily life, transport, and food production when energy distributors face difficulties, some have labelled ESG as economic vandalism. In response, that phrase could equally be applied to the consequences of climate change.

We need fossil fuels in the short term, but NGOs are right to take companies to task about phasing them out. Vacillating between narratives of far-off catastrophe and near-term supply crises doesn’t solve either set of problems. Meeting both comes down to having a plan with measurable performance indicators and milestones as well as targets.

“To paraphrase Mark Carney [former governor of the Bank of England], we’re facing a crisis of horizons”, Gianfrate said.

The people causing the climate problem have no direct incentive to fix it, but they do have a very immediate desire to get the economy moving again after Covid-19, pay dividends to shareholders, help customers go about their day-to-day activities, and achieve their bonus targets.

In Gianfrate’s view, the primary actors for shouldering the burden of getting society ready for clean energy must be governments. The size of the task is enormous and requires the scale of investment akin to a war effort.

But that doesn’t absolve the corporate sector, bold statements about being net-zero contributors by 2050 or 2035 are not enough.

Central banks, too, have potential to make a game-changing difference. Climate is becoming a part of their mandate and if they start asking commercial banks to integrate sustainability metrics when they lend money, it may turn out to be a big surprise for big and small businesses. It could also affect the financing options for unlisted companies.

If this sounds like an unnecessary new yoke for companies given the precariousness of the world economy, consider the systemic risks posed by climate change.  Gianfrate pointed to insurance companies revising portfolios and the climate risk for mortgages, especially in the coastal regions of the United States, and said writedowns on asset-backed securities because of the effects of climate change could ignite a crisis reminiscent of subprime in the 2000s.

Undeniably we live in times of competing narratives and climate evangelists are going head-to-head with the sceptics as more and more stories about the crunch in energy supplies break. Greenwashing is going to be increasingly tempting for companies and asset managers alike.

Fixed income markets are even harder to keep tabs on than equities. Companies can easily issue ‘green’ bonds to fund clean activities but continue with other dirty projects.

In some respects, this goes back to the argument of being pragmatic over ideological purity. Polluters the world needs in the short-term shouldn’t be overly punished, especially in the funding of projects that can help them make the green transition.

There is a fine line though. Tools to help essential energy businesses manage change mustn’t be abused. Carbon credits are another example of a device that if not used properly can be a form of greenwashing.

Gianfrate said he was in favour of quantifying the price of carbon but believes it should be more expensive and that credits can distract from the issue at hand: “better [if] companies invest in greening production processes”. The EU carbon credit price has already surged in the past 18 months, from €20 (£17) a tonne in April 2020 to the current record level of over €60 a tonne.

Tough choices must be made, although the onus being placed on capital markets and companies can’t be used by governments as an excuse to shirk their responsibility to lead, including on interim energy policies.  For the vital role businesses and financiers have, more rigorous and less opaque scoring of climate impact is necessary.

If ESG is to avoid being consigned to the scrap heap of marketing acronyms, systematic greenwashing must end.